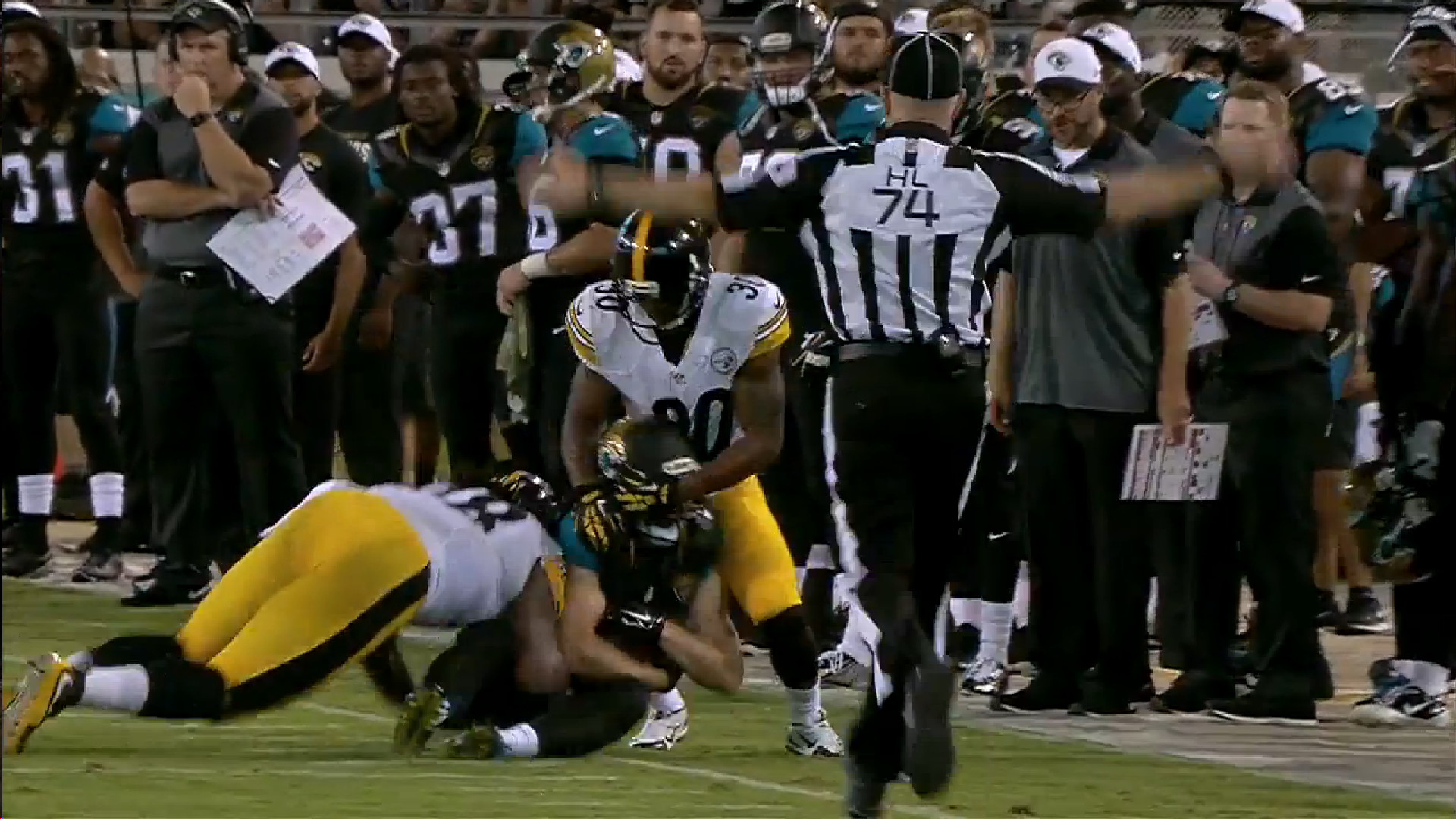 Though he has been with the organization all offseason, Pittsburgh Steelers cornerback Kevin Fogg is drawing more attention than ever as the preseason reaches its midpoint and we draw nearer to games that count and rosters that are finalized.

The reason for that attention is, of course, because he has been showing well in practice, as well as offering some glimpses during the preseason. But the ultimate end of that attention is speculation about whether or not he will win the competition being set up for the sixth and final cornerback spot in the 53-man roster.

Because preseason video is limited to network footage, which often ignores plays or minimizes them in favor of interviews and things of that nature, it makes evaluating secondary play particularly difficult at this time of year.

But I managed to pull together some instances in which Fogg was involved in the game against the Jaguars, including a pass defensed at the goal line, as well as a few tackles.

It’s also worth noting that Fogg got a variety of work on both the left and right side of the field in addition to the slot, which is a level of flexibility that will be important for him to show. He also played on some special teams units.

One thing that I like about what I’ve seen from Fogg is that he shares some aggressive traits with Antwon Blake, or so it seems, being fully willing to stick his nose into a play and be aggressive. He stuck his nose in at the end of this reception to force the wide receiver out of bounds. He’s not quite as physical as Blake is though in terms of landing the big hit. 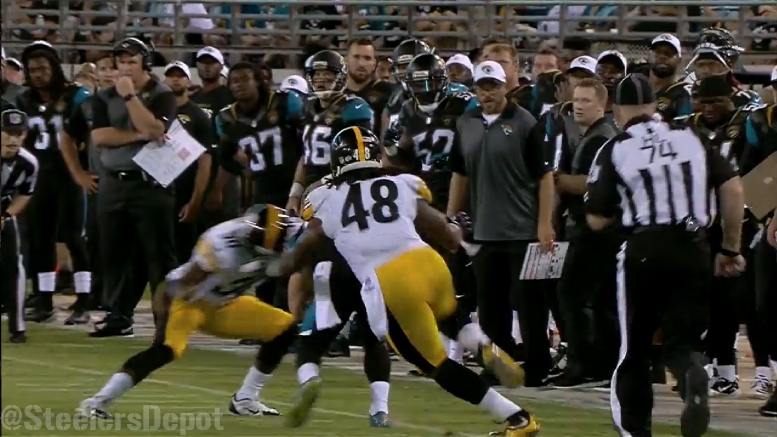 Later in the quarter, Fogg did an excellent job against the run, quickly disengaging from the wide receiver’s block and cutting off the running back’s angle, wrapping him up and bringing him to the ground. This is the type of play against the run that the Steelers covet from their cornerback position.

Late in the fourth quarter, off a short pass to the running back in open space, Fogg got into the play following a missed tackle and teamed up with the safety to bring down the running back. If you watch closely, Fogg went for the strip and initially loosened the ball before the back recovered. This affected the soundness of his tackle, but he still had hold of his leg as the back ricocheted off of two more defenders before going down.

Obviously, Fogg’s biggest play of the game came later on that same drive at the goal line. After a pair of penalties put the Jaguars on the cusp of scoring, they lined up four wide with the cornerback outside on the defensive right. Fogg’s reaction to an inside breaking route was quick and crisp, and he showed great close the defend the ball with aggressiveness.

While Fogg may still have some ground to cover in his battle for a roster spot—and his practice squad eligibility is a detriment to himself in that end—he has shown, both on the practice field and in stadiums, that he has a skillset that can be developed.