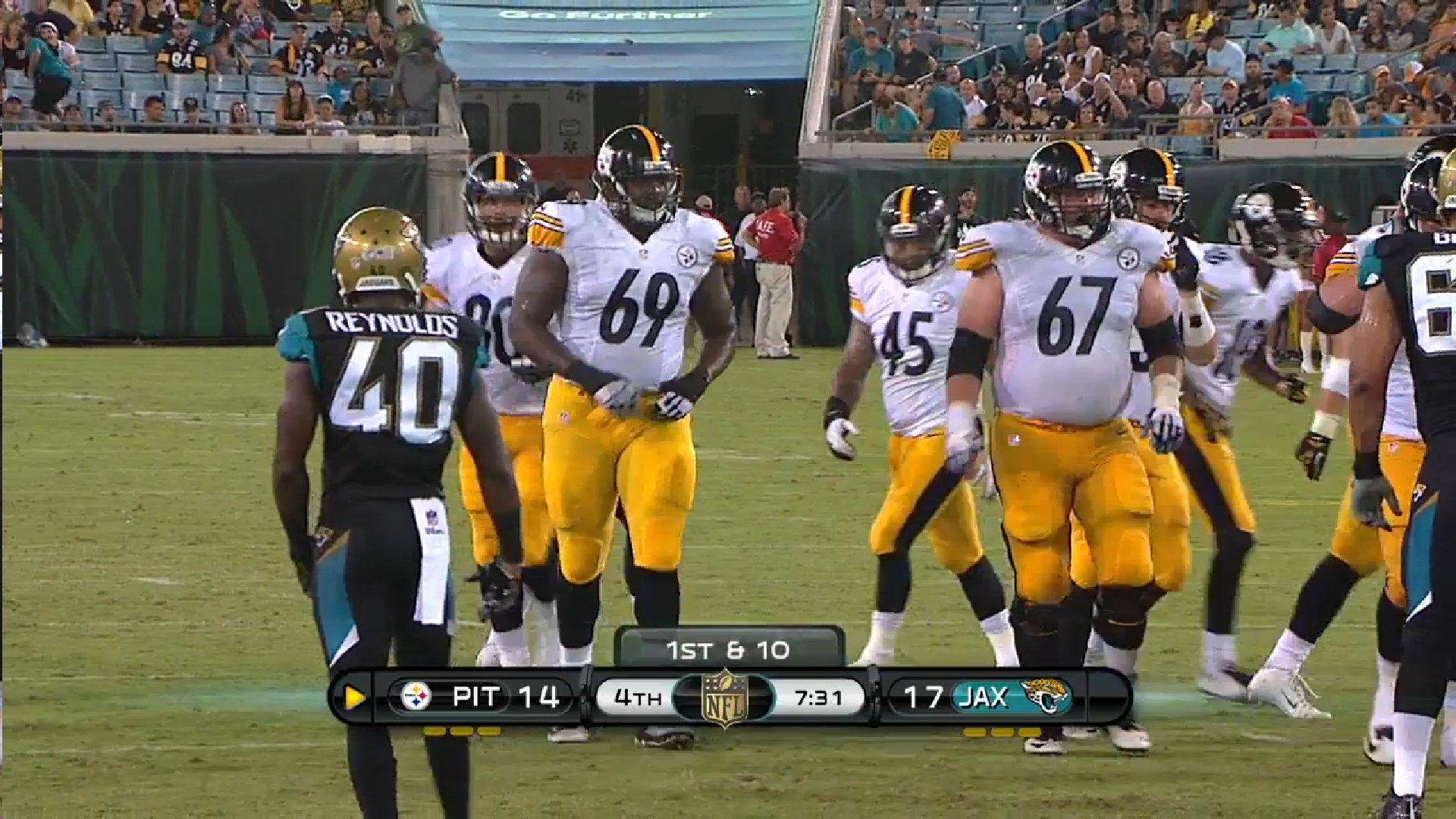 The Pittsburgh Steelers may not have selected an offensive lineman during the draft this year, but they certainly didn’t beat around the bush after the draft, making their intentions clear by bringing in several of the most highly rated centers and guards remaining on the board among undrafted free agents.

The Steelers are trying to stir up competition along the interior outside of their top four players, including top reserve Cody Wallace, who has two years left on his contract. Behind him, however, is a great deal of unproven players.

With last year’s depth lineman Chris Hubbard showing some regression through the first two preseason games, only one of his competitors has stepped up to show much of anything, and that would be B.J. Finney, perhaps the most highly sought after of the group.

Finney put together a much better second preseason game against the Jaguars after joining the rest of his companions in a lackluster Hall of Fame game debut. His power was on display, though so, too, was a bit of his lack of athleticism out in space. He also showed well in pass protection.

Some of that lack of athleticism was on display during his first drive in the game, but it was on display on what was actually a successful second-level block on a six-yard run that had trouble getting started in part due to Hubbard being pushed back into the path of the back.

With the right tackle cutting down the end, Finney flowed to the second level to stick to the linebacker. Once he saw the defender angling toward the hole, Finney managed to control and seal him out of harm’s way.

Finney showed the ability to work out to the second level on the following play as well, first chipping on the defensive lineman before showing some mirroring footwork to stick with the linebacker, though the play died behind them both.

As the game wore on, Finney’s responsibilities lay more and more in pass protection, given that the Steelers were trailing. He and the interior offensive line held the line of scrimmage well on a key third and 10 completion against a four-man rush.

The right guard quickly got his inside arm into the body of the defensive tackle across from him, pinning him next to his teammate, then showed the awareness to mirror that teammate as he tried to scrape around the pile, thus buying his quarterback time to make the throw.

A bit later in the drive, Finney displayed more pass protection awareness, which is keeping up your responsibilities when you have no clear assignment in front of you. Against a four-man rush, the left defensive tackle took the outside shoulder of the center. Finney put an arm out to assist and keep him under control while monitoring his right tackle going one-on-one with the end.

There were a few runs toward the end of the game in which Finney showed the ability to get low and just use his size and strength to seal off the back side of the play as well, though, due to the fact that this is the preseason, it’s difficult to see clearly.

Overall, it seems that the rookie has enough of a skillset to develop moving forward that he has a shot to take a roster spot this year.