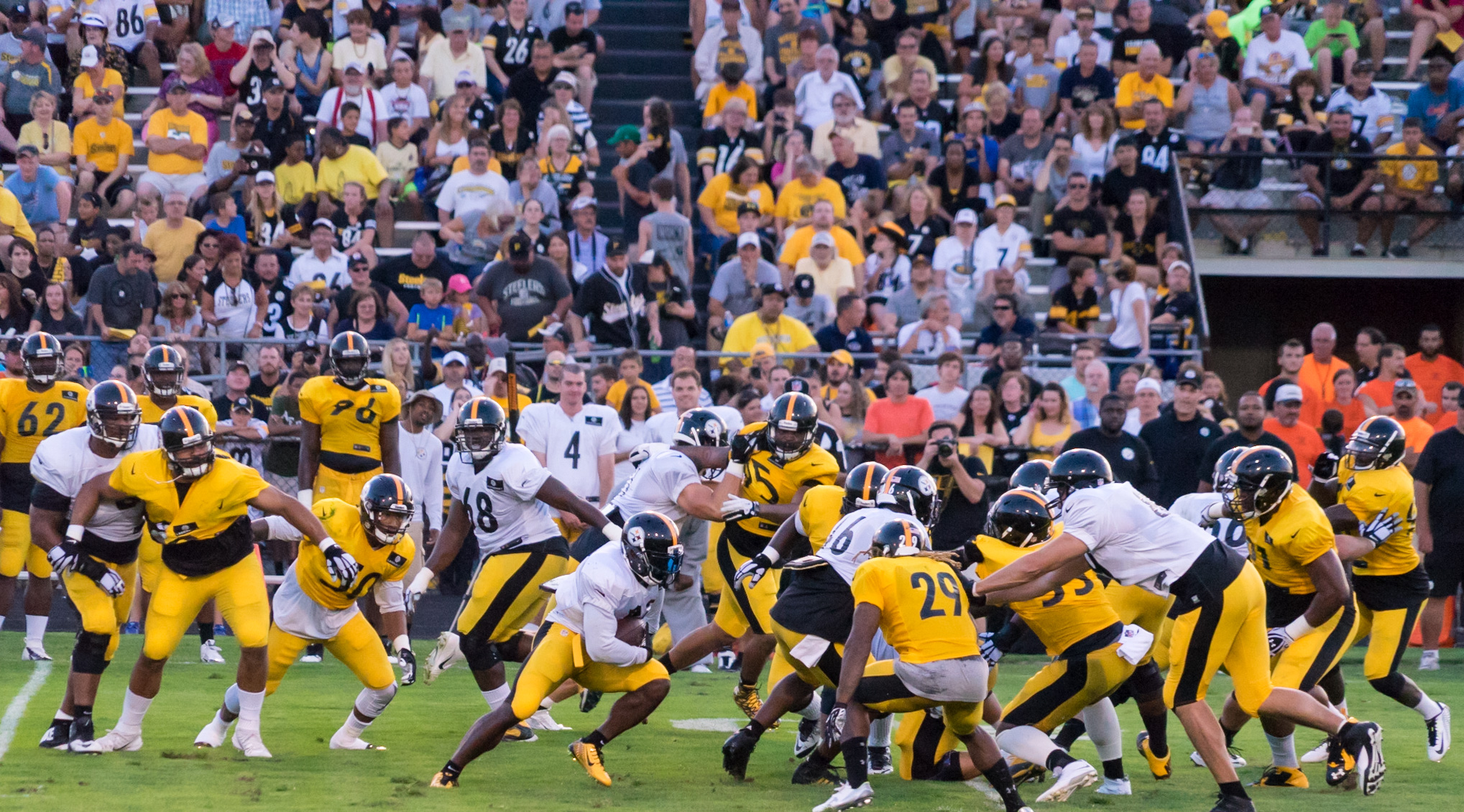 The first taste of stadium football is upon us, and it’s the first opportunity to get answers to one of the most essential questions asked about young players: who will sink and who will swim once the lights go on? That is the query on the agenda for tonight.

For obvious reasons, this applies especially to rookies, because they’ve simply never done it before. This is their first opportunity to ever play a game professionally, and as big as some college experiences might be, this will always present a new challenge.

Unlike the past couple of years, the Steelers are not asking any of their rookies to step right in and play a huge role, so they shouldn’t be under as much pressure. Arthur Moats is the starting left outside linebacker. Bud Dupree may log a couple snaps with the starting unit depending on how much of the game that they play, but he should receive lots of work with the second-team unit.

Unfortunately, second-round draft pick Senquez Golson will not be in uniform—perhaps he won’t be in uniform all season—but the rest of his draft class will be, including fellow cornerback Doran Grant. He is the only rookie at his position in uniform, as well.

Third-round wide receiver Sammie Coates could certainly use as much playing time as he can get, and he should get plenty given that the Steelers’ top wide receivers are all likely to be held out entirely.

We knew that Coates was raw fundamentally in college in terms of his route tree as well as his hands. It’s much better to get a look at all of that in an actual game environment than in the simulations that they go through in practice.

Jesse James will probably play most of the game with Heath Miller out, and perhaps Matt Spaeth being limited too. Lots of snaps to go around for he and undrafted free agent Cameron Clear at tight end. I want to see both of them blocking and catching. Hopefully we see some red zone work factor in here.

Rookie defensive end L.T. Walton has run with the second-team defensive line most of the offseason, but he needs to put it all out on tape to solidify a roster spot in the 53. Anthony Chickillo has stiff competition for a fifth outside linebacker spot that might not even exist.

Finally, Gerod Holliman has a very specific task in this game, and that is to show not just physically, but fundamentals. We know his background in this regard, and we know why it matters. Now it’s time to see it. How has he improved in this area since college?

The slew of rookie offensive linemen will be fun to watch, but the two most high profile of the group are B.J. Finney and Miles Dieffenbach. One of them might push for a roster spot, but like the rest of this group, they have to show that they can take what they’ve shown on the practice field and replicate it in an NFL stadium, which right now is nothing but a projection.