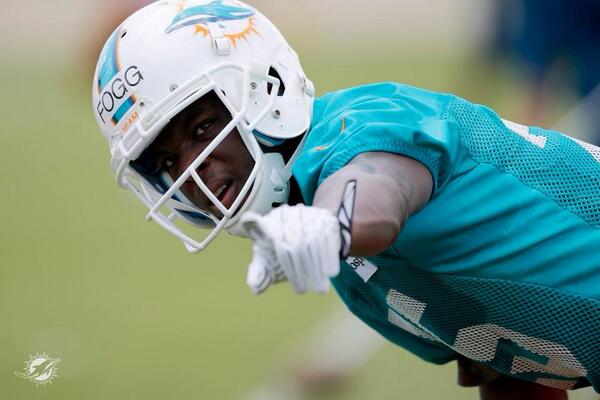 In spite of much hand-wringing—justified, I might add—during the offseason about the Pittsburgh Steelers’ lack of action to bolster their secondary, the team does seem to have managed to assemble a pretty solid group of cornerbacks that will more than justify carrying six on the 53-man roster.

That is a number that excludes rookie second-round draft pick Senquez Golson, who may well never even see the field this year if his shoulder injury proves serious enough to warrant surgery, though with the practice time he’s missing, it would be difficult for him to get on the field anyway.

While most of the spots would seem to already be spoken for, the sixth spot will come down to either B.W. Webb or Kevin Fogg, and right now, Fogg may be the player having a better training camp and preseason.

Webb, a third-year player whom the Steelers claimed off waivers just prior to the season last year, was a former fourth-round draft pick. Because of the lateness of his incorporation into the defense, he struggled to get on the field on defense, which should not be a surprise.

While he has not played poorly—he is aggressive in playing the pocket to contest the ball, even as he has given up a number of catches from a high volume of targets—Fogg has done more. The two have even worked together, as Webb helped dislodge a ball that Fogg ended up intercepting.

But Fogg also made a diving stop at the goal line in the last game to save a touchdown for at least one more play. He made an impressive open field tackle in the running game in the Hall of Fame game. He even made a touchdown-saving tackle on a long punt return.

While Webb is also versatile, it would seem that the Steelers have given Fogg more in-game looks in the slot as well as his time logged on the outside, which could also be regarded as a plus in his favor. And he has also been finding the ball for interceptions during 11-on-11 drills in practice.

Fogg may be the more aggressive player as well, more willing to engage as a jammer on special teams and more able to disengage from blocks in run support on defense. At least, this is what the available tape has shown me thus far.

Of course, it must be said that there are still three preseason games left for all of this to play itself out. Certainly neither one of them have a solid grip on a spot on the 53-man roster just yet, though it is likely that one of the two does end up making it.

There is one caveat to this that may end up being the tiebreaker on how makes the roster, however: Webb appears not to have practice squad eligibility, depending on how you read the new eligibility rules. He is a third-year player who had dressed for more than nine games in each of his two accrued seasons. Fogg is a first-year player who has never been on a 53-man roster. If the Steelers want to keep both, it may have to be Fogg that goes to the practice squad.