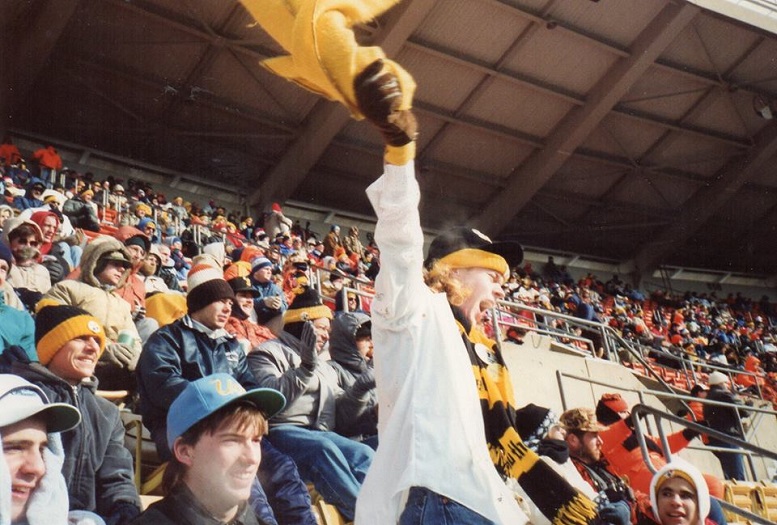 There is an odd chance an honest-to-goodness record could be set Sunday afternoon at Heinz Field.

With the stadium expansion under the scoreboard by Gate A, Heinz Field now seats 68,400 fans.

Assuming fans don’t stay home because it is a preseason matchup (a definitive likelihood), the game against the Green Bay Packers could be the most attended game in Pittsburgh Steelers history, breaking the old mark of 66,662 in the 2010-11 AFC Championship Game against the New York Jets.

Even if this preseason game has more than 2,000 no-shows, it is a sure bet the current record won’t last long. One wonders if the current Pittsburgh record for patrons at a sporting event, 68,918 for a 1938 Pitt football victory against Fordham at Pitt Stadium, will fall at some point this season.

When the new attendance record is established, it will erase a bit of irony. For the 2010-11 AFC Championship Game, played on January 23, 2011, is not only the largest crowd to ever see a Steelers game at Heinz Field, it is, depending on your source, the coldest game the Steelers ever played at Heinz Field.

Compare this to Three Rivers Stadium, where the coldest game ever played there, five degrees Fahrenheit for a December 9, 1989 game against the New England Patriots, is also the least attended, 26,594. Weather was so severe Chuck Noll actually moved practice indoors to the David Lawrence Convention Center that month and fans purchased $20 face value tickets to the 28-10 triumph from scalpers for a dollar.

It should be said the Steelers media guide lists the 2004-05 AFC Championship Game as played in 11 degree weather, while listing the 24-19 victory against the New York Jets on January 23, 2011 as played in 17 degree temperatures.

But historical weather records list Pittsburgh ‘s temperature around the time of the fourth quarter of the 41-27 loss to the New England Patriots in 2005 as 12.9 degrees, but only seven degrees at that time in the AFC title game against the Jets six years later.

Pittsburgh ‘s weather readings are taken at the Pittsburgh International Airport in Findlay Township , but it stands to reason it would be warmer at this location, approximately 20 miles southwest of The Point, than at the confluence of the three rivers.

Won’t last for long, but, then again, who is up for a Steelers victory in subzero temperatures at Heinz Field for Super Bowl LVII?

Yes, that picture above is an 18-year-old Marky Billson at the aforementioned coldest Steelers game ever played in Pittsburgh in 1989. Also note Post-Gazette sportswriter and current 93.7 The Fan Talk Show Host Paul Zeise in the lower right hand corner. What is he looking at? One has to keep the blood moving in such extreme temperatures! @MarkyBillson