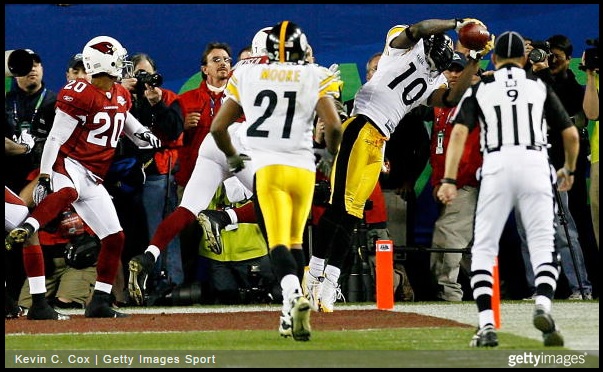 The Cincinnati Bengals are currently looking at a few available veteran wide receivers and according to Rand Getlin of the NFL Network, former Pittsburgh Steelers wide receiver Santonio Holmes worked out for them on Thursday.

Holmes played in nine games with the Chicago Bears last season and recorded just eight catches for 67 yards. He was waived by the Bears in November.

During the offseason, Holmes expressed interest in rejoining the Steelers for the 2015 season, but that interest wasn’t reciprocated.

Holmes is now 31 and his best years are far behind him. The former Super Bowl MVP has only managed to play in all 16 games in a season just once since the Steelers traded him to the New York Jets just prior to the 2010 NFL Draft.

Holmes was originally drafted by the Steelers in the first-round of the 2006 NFL Draft out of Ohio State.

In addition to working out Holmes, the Bengals also worked out veteran receivers Greg Little and David Nelson, according to Getlin.