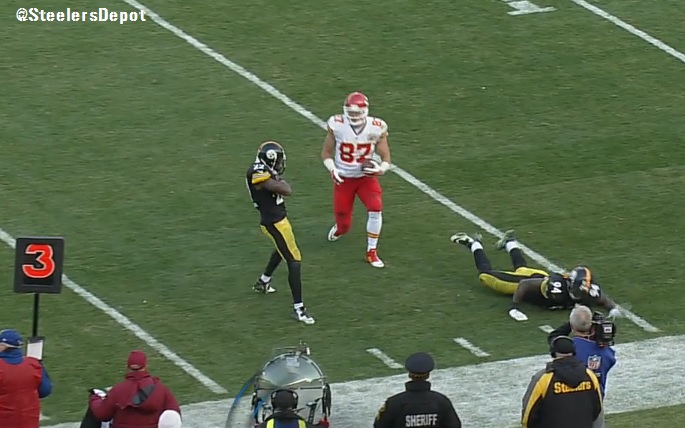 With the way that the game is played today, the average defense actually spends more time in sub-packages than its base. Even the Steelers are finally verging toward that trend, as they logged nearly as many snaps in the nickel as they did with a nose tackle on the field.

Which is why the nickel back is effectively regarded as a starter these days, and why coaches say that you need to have three starting cornerbacks. The last two times the Steelers were in the Super Bowl, it was William Gay coming on as the third corner, defending receivers from the slot position.

Based on what we have seen so far, Gay will finally get the opportunity to resume his role as the slot cornerback this season—notice the terminology, because Gay is not the nickel back, or the extra defensive back who comes on to the field in sub-packages. The ninth-year veteran will start as an outside corner in the base and slide into the slot in the nickel.

The Steelers’ nickel back, at least to start the season, will be Antwon Blake, a fourth-year corner entering his third season with Pittsburgh after being picked up off waivers prior to the start of the 2013 season.

The truth is that we haven’t seen a great deal of Blake just yet, and not all of what we have seen has been positive. He gave up a couple of goal line touchdowns due to his size, for example, and missed a tackle here and there.

But he possesses a lot of traits that tell me he will find success in spite of his height. Aside from his speed and leaping ability, Blake plays the game with confidence and a short memory. He doesn’t back down from any receiver he’s put up against, and has shown that he knows how to time his jumps.

Blake has flashed takeaway ability, snagging down one pass in the end zone and stripping a ball loose after a reception in separate instances. More than that, he is a physical and aggressive corner, enthusiastically delivering big hits disproportionate to his frame.

Those who have had a greater opportunity to watch him in practice seem to be a fan of his as well. He was a positive contributor to last year’s defense, and seems poised to play a bigger role this year. I don’t think him as the nickel back will be a likely cause if the defense struggles.