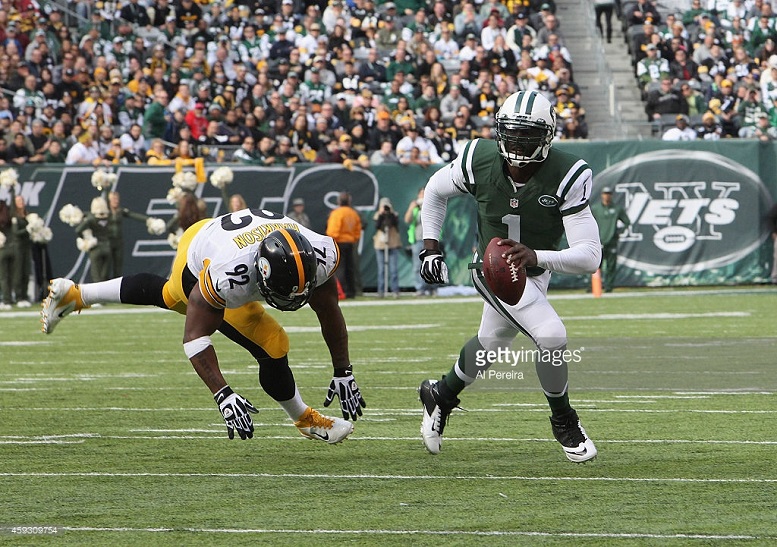 Should the Pittsburgh Steelers sign veteran quarterback Michael Vick if current backup Bruce Gradkowski remains sidelined on PUP with his sore right shoulder? Ed Bouchette of the Pittsburgh Post-Gazette believes they should.

Bouchette laid out his suggestion in a Thursday morning blog post and should Gradkowski indeed wind up being unable to get himself back healthy in the coming weeks, it probably wouldn’t be a bad idea to at least kick the tires on the 35-year-old free agent.

Back in 2009, Bouchette reported that Steelers head coach Mike Tomlin was interested in signing Vick but that the Rooneys wanted nothing to do with him because of his character and past transgressions.

“They had no desire to bring in a felon, just out of prison, and all the negative reaction his signing would bring, both internally and externally,” wrote Bouchette at the time.

Since his his 2007 dog fighting conviction, Vick has done an admirable job at trying to repair his image, but even so, he would still likely be a lightingrod for critricism should the Steelers ultimately wind up signing him. Tomlin knows all about the former first-round draft pick, however, as the two hail from the same arwa in Virginia.

“(I’m) a proven winner. I think that I’ve done a lot throughout the course of my career,” Vick said in June on NFL Total Access. “I’ve proved that I can win games and play with some consistency and be a leader. I think those are the qualities that you want in a quarterback.

“A guy who is confident and is going to make the team win. Make the team believe in themselves and go out there and play hard. You know I did that consistently over the course of my career. I know I can continue to do it.”

Personally, I think the Steelers will need to do something should Gradkowski wind up not being healthy by the start of the regular season as they just can’t rely on young quarterbacks Landry Jones and Tajh Boyd to serve as a backup to starter Ben Roethlisberger as both haven’t even taken a snap in a regular-season game so far.

Vick is the best available quarterback on the free market market as of right now and it will only take one injury around the league for him to find a new home for 2015.

As for Gradkowski, it’s still early in the preseason. However, he has been bothered by his current shoulder problem throughout the offseason.

I cant wait to hear what all of you have to say about Bouchette’s suggestion in the comments.