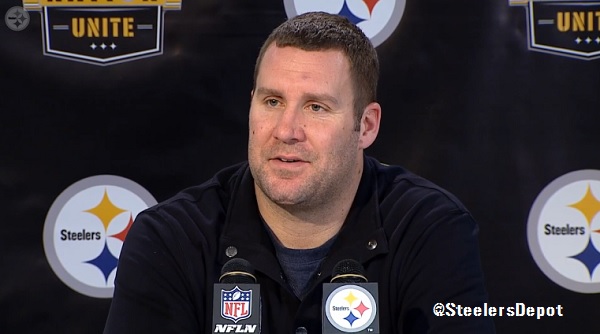 If he had his way, Joe Montana would put Pittsburgh Steelers’ quarterback Ben Roethlisberger in the Hall of Fame. The NFL legend and other well-known local quarterbacks – Dan Marino, Jim Kelly, and Joe Namath – are in town for an NFL Films’ produced “armchair discussion” lead by team president Art Rooney II.

“I am also a big [Ben] Roethlisberger fan. I really like Ben. He will be in that Hall of Fame someday.”

It’s hard to argue with the current Hall of Famer and few are a better judge of qualifications than Montana.

The event is to celebrate the commonality between the four quarterbacks – their Western Pennsylvania roots. Johnny Unitas and George Blanda, both who have passed away, will also be honored.

During the interview, the former San Francisco 49ers quarterback spoke to why the area saw so much success.

If you remember, the Steelers actually drafted Unitas in 1955 before cutting him prior to the start of the regular season. And the team infamously passed on selecting Marino in the 1983 NFL Draft, opting for Gabe “Senor Sack” Rivera instead.