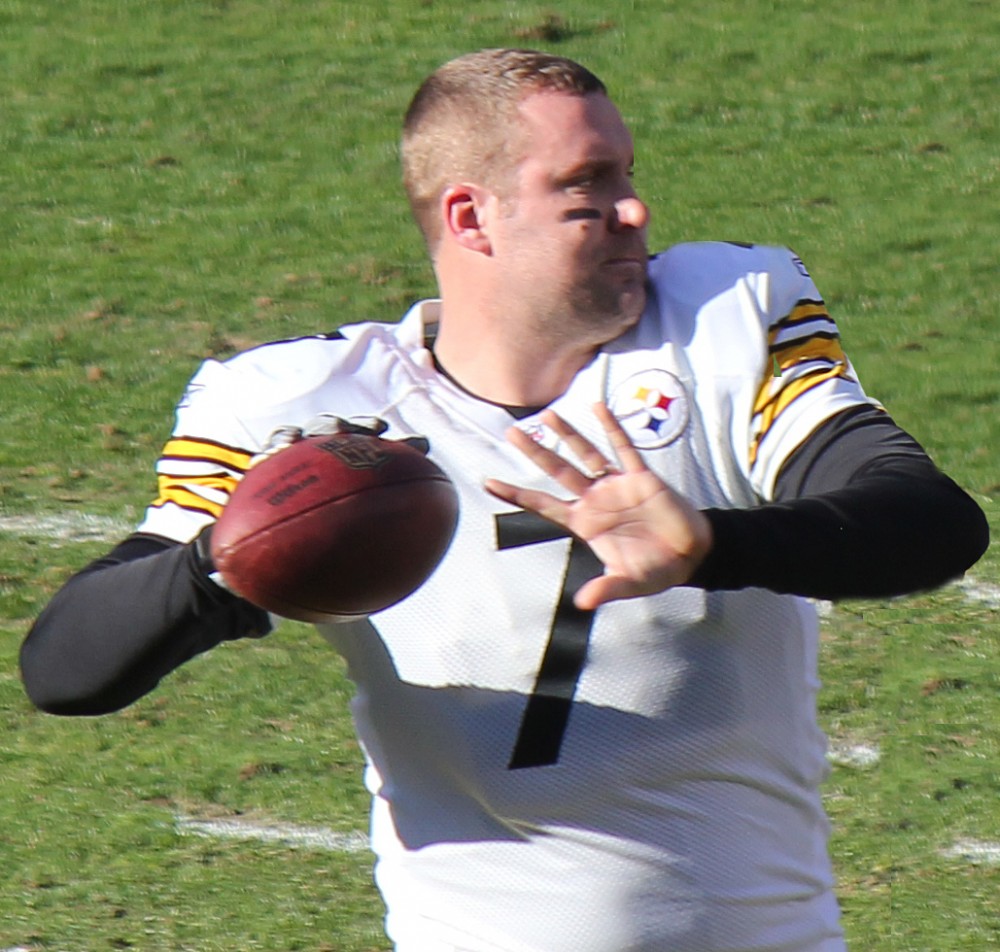 As the Pittsburgh Steelers’ OTA sessions wind down, and the earliest elements of the team begins to take shape and form some kind of primordial identity, it’s natural for people to begin to wonder just what the team might have in store for the league this season.

That’s why it was no surprise when quarterback Ben Roethlisberger was forced to field questions yesterday of a more retrospective variety. More accurately, he was asked if the 2015 incarnation of the Steelers offense is the best supporting cast that he has ever had the chance to work with as he enters his 12th season.

Diplomatic as he is, Roethlisberger was hesitant to give a straightforward answer, saying that he wouldn’t want to offend anybody who is with him now or who has played with him in the past based on his response. Rather than relying on his own subjective evaluation of his team, then, he sought a more objective measure for answering the question.

Essentially, he let the numbers do the talking.

And why wouldn’t he? It’s the best and simplest answer to that question and saves him the drama of having to deal with the media parsing his words in desperate search of a missed slight or some similar nonsense.

So let’s look at some of the numbers, then. According to Roethlisberger, the numbers do favor the idea that he is playing with his best supporting cast. Last season, for example, he was able to lead the only offense in the entire league that boasted five different players that eclipsed the 500 yards receiving mark. I’m willing to bet that no other Steelers team in the past has accomplished that.

Wide receiver Antonio Brown led the way, of course, en route to a first-team All-Pro bid as he broke all of the top single-season club records with 126 receptions—the second-most ever—1697 receiving yards—blowing away his own team record he established the season prior—and 13 receiving touchdowns.

Second on the list, astoundingly, was running back Le’Veon Bell, who used his dual abilities in both the running and the passing game to break the team’s single-season yards from scrimmage record, gaining 1396 yards on the ground, but adding another 854 yards through the air.

Up next was the reliable Heath Miller, whose 10 seasons with Roethlisberger have been very productive. During his age 32 season, Miller posted some of his best receiving numbers of 66 receptions for 761 yards and three touchdowns.

To close out the list is a pair of young receivers in Markus Wheaton and Martavis Bryant. Wheaton’s 53 receptions were good for 644 yards, and he added two touchdowns. Bryant, meanwhile, broke out late, catching 26 passes for 549 yards and an eye-catching eight touchdowns.

It’s no wonder that such a productive supporting cast allowed Roethlisberger to become the first quarterback in franchise history to lead the league in passing yardage with 4952 yards, surpassing his own franchise record by more than 600 yards.

He simultaneously matched his own franchise-record 32 touchdown passes (Brown had a 33rd) as the offense produced the second-best scoring unit in franchise history. Roethlisberger is smart to let the numbers do the talking, as they clearly have a lot to say.