After some overdue time away, we’re back talking to the film and breaking down some notable plays from the Pittsburgh Steelers’ 2014 season. Today, we’ll break down an increasingly popular concept throughout the league and Steelers’ playbook.

Run/pass options, RPOs, giving Ben Roethlisberger the freedom to make a decision based on the front he sees. We’ll look at the concept as a whole and break down a specific play from last season against the Tampa Bay Buccaneers. 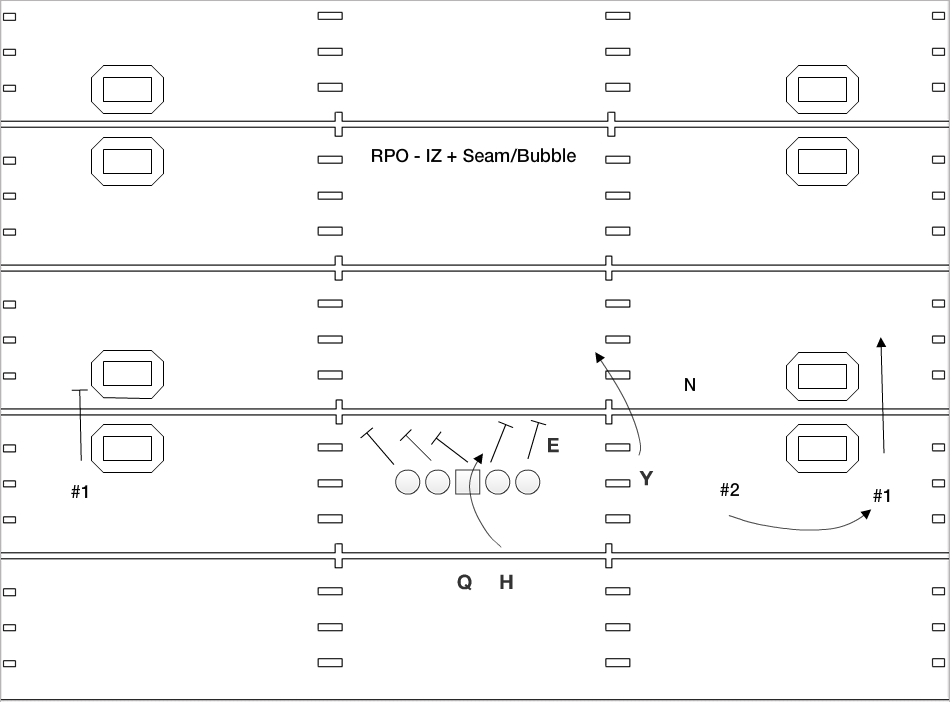 There’s the concept above, drawn by yours truly. 3×1 formation. The run is a simple inside zone. A lot of teams will only have the bubble as the pass option but here, the Steelers have added the wrinkle of the #3, in this case Heath Miller, running down the seam. Markus Wheaton is the #2 on the bubble. 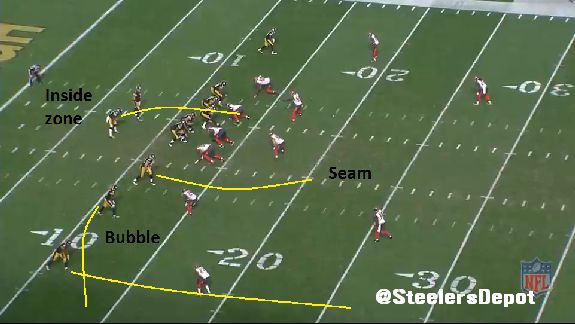 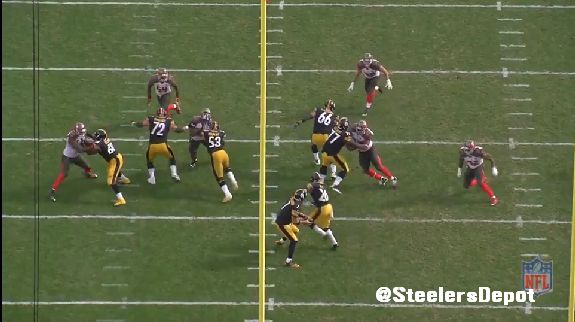 The frontside #1 is clearing out the bubble. The backside will block in case of run. He doesn’t have a route.

Remember, this is all a read by Roethlisberger. If this was a true spread attack, he’d first read the nickel defender, and if the pass is taken away, would read the unblocked five tech at the mesh. Ride and decide.

Since he’s rarely a threat to run, his worry primarily lies with the nickel corner. Given the coverage, the three receiver surface creates off coverage, it’s almost certainly a pass pre-snap. Just a question of whether the throw will go to #2 or #3, depending on what the nickel does.

The corner is in zone, essentially split by Miller’s and Wheaton’s routes, and doesn’t open his hips to drive on either route. With the SAM cheating inside to defend the run action, linebackers are instinctively going to do that when they see lineman come at them at the second level, there’s no threat of the window to Miller tightening up. 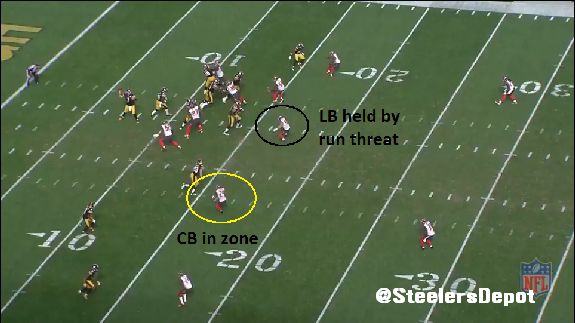 When you have two open receivers, it’s always wise to hit the vertical one. Better to hit a moving target than a more stationary one like Wheaton. Big Ben hits Miller with ease, turning the play into a 19 yard gain and fresh set of downs.

In essence, his duties on the play are such.

That last point is crucial, especially when we apply it generally to lower levels of the game. From a coaches’ perspective, there’s little risk in a handoff. A pass inherently has more risk so when in doubt, give the ball. NFL coaches, especially ones with veteran QBs, get more leeway I’m sure, but the general rule still exists. 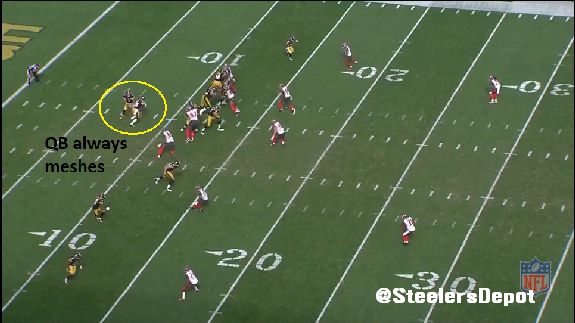 Of course, don’t mistake every pass made-to-look-like-run to be an RPO.

Earlier in the game, the Steelers faked Power O, finding a wide open Miller down the seam. 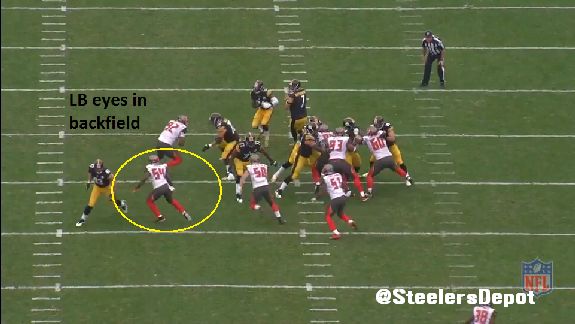 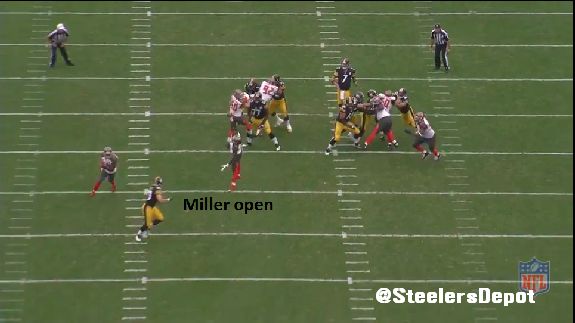 There is no “option” here because there’s nothing for Roethlisberger to read post-snap. His back is to the defense. It’s pass all the way. You can always tell run/pass by the hat of the lineman, too. Pulling guard aside, the lineman are playing “high hat,” signifying pass. 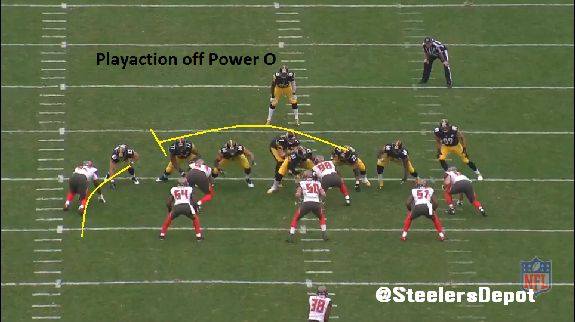 The Steelers are betting on Tampa biting on the run. That’s likely based on past film study and perceived team tendencies. Playing into the hands of what the defense thinks will happen. Earlier in the game, the Steelers ran the ball on the same down/distance. 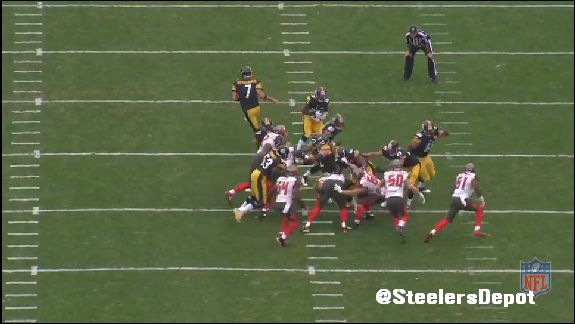 RPOs are a staple of Todd Haley’s playbook and a concept you’re usually going to see within the first 15 “scripted” plays of each game. They’re built in checks to put offenses in can’t-lose situations and are difficult for defenses to gameplan against.