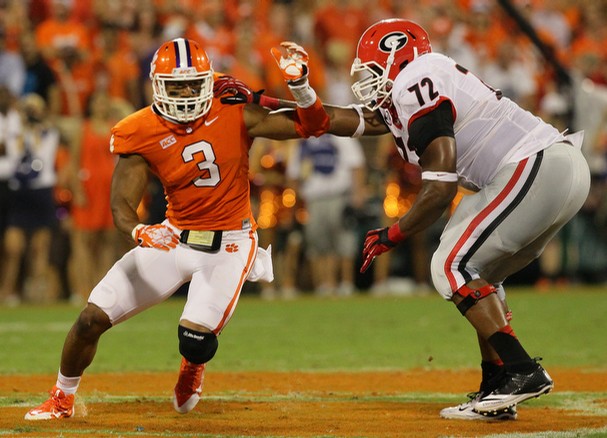 Clemson is holding their Pro Day Thursday and according to Jonathan Jones of the Charlotte Observer, Pittsburgh Steelers outside linebackers coach Joey Porter is in attendance for it. Steelers general manager Kevin Colbert is also reportedly present.

Clemson defensive end/outside linebacker prospect Vic Beasley is the main attraction Thursday and Porter did get a chance to spend some time with him. Beasley is expected to stand on his combine performance Thursday, but will reportedly take part in the position drills portion of Pro Day.

Beasley had a fantastic combine and even showed up weighing 246 pounds. He is expected to be drafted in the first 20 picks of the 2015 NFL Draft.

In addition to Beasley, top Clemson prospects Grady Jarrett, Stephone Anthony and Corey Crawford are also present Thursday. Crawford could be a 3-4 defensive end candidate for the Steelers.