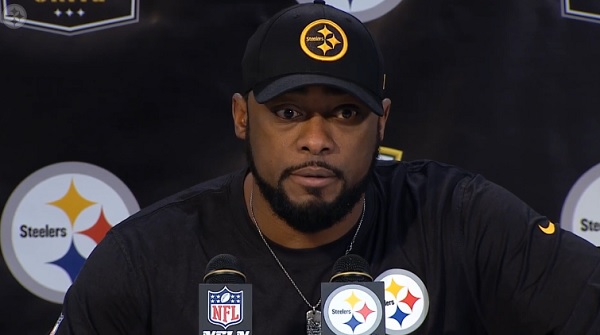 The Pittsburgh Steelers have long been a team that prides itself on being a physical and smash-mouth team, especially on defense. In essence, it hangs it’s hat on it. However, their defense the last few years was a far cry from the Steel Curtain defense that fueled the Steelers’ Super Bowl dynasty of the 70s. For instance, in 2015, the team recorded only 33 sacks, their lowest output since 1989. And although ranking #6 against the run, as a unit the defense allowed a whopping 4.36 yard-per-rush average, the lowest total since 1964. Not too long ago, there was a string of 50 games between the end of the 2007 season and the start of the 2011 season where the team allowed just on runner, Baltimore’s Ray Rice, to crack the 100-yard plateau against them.

“That’s embarrassing when you give up 100 yards around here,” former Steelers linebacker Larry Foote said at the time.

They finished last season ranking 18th overall defensively out of the 32 teams in the league, a ranking that doesn’t sit very well with coach Mike Tomlin.

“Our goal is to be the very best, or at least be in that discussion, depending on how you define it,” Tomlin said. “Obviously, the last couple of years I don’t think we’ve had a legitimate argument in that discussion. We have for a great number of the years I’ve been here and that’s our intention, to be back in that discussion no matter how you shape it or cut it.”

One of the ways to get back to typical Steelers’ brand of defense is to add some sizzle to the pass rush, and the team hopes 2013 first round pick Jarvis Jones can finally turn the corner this season, after registering 2 sacks in 3 games in 2014 before fracturing his wrist, and thus putting a major dent in his season. Also, the team recently re-signed 2008 NFL Defensive Player of the Year James Harrison, who currently sits at 69.5 sacks and could be closing in on Jason Gildon’s franchise mark of 77. The team will also more than likely opt to select a pass rusher, perhaps in the first round, in the 2015 NFL Draft. However, the defense will be coached in 2015 by someone other than Dick LeBeau for the first time since Tomlin took over as head coach.

“Dick’s been here for a long time and had a great deal of success,” Tomlin said. “I’m not going to get into specifics about what his thought process was; just know that we had a great deal of love and respect for not only him the man but what he brought to us.”

Under new coordinator Keith Butler, the long-time defensive assistant and linebackers coach under LeBeau, the main principles of the 3-4 appear to be kept intact, with perhaps more added wrinkles featuring a hybrid defense, and more blitzing.

“A lot of things weigh into that, obviously our tools first and foremost,” Tomlin said. “In some instances it’s change, in some instances, it’s tweak. I’m not opposed to change. Change is not something I fear. If you’re trying to be the very best you can be, you can’t have that mentality.”

It doesn’t hurt that Tomlin and Butler have a history either, as they worked together on the University of Memphis staff in 1996 and  at Arkansas State in 1998.

“Got a great deal of comfort and continuity from that standpoint but also looking forward to the impact he could have in terms of putting his spin on what we’ve been doing and what we’ll continue to do,” Tomlin said. “I’m excited about the opportunity that he’ll be given.”

One thing is certain, and that’s with a little over a month left until draft day, it’s clear the front office hopes to hit a home run with it’s selections, including their extra 7th round compensatory selection they were awarded Monday night. With several holes to fill, coupled with their passive approach to free agency, there could be more rookie starters than we’ve seen in years past. However, Tomlin won’t hesitate to put the best 11 defenders on the field, who are capable of fielding what the Steelers’ rabid fanbase is used to seeing, and that’s championship-caliber defense.

“That increases our chance of winning and ultimately puts us in a position to pursue our ultimate goal, which is to be world champions this year,” he said.