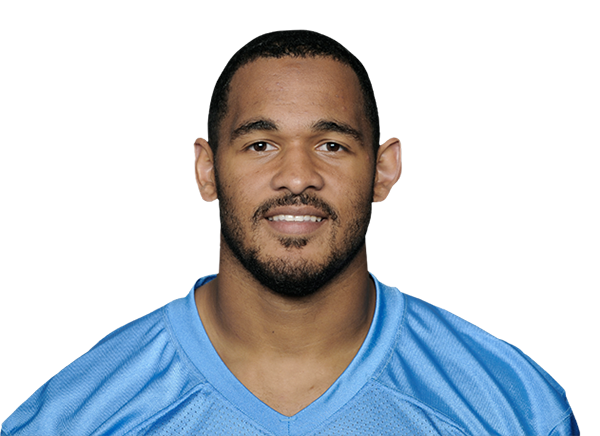 Going from a position you’ve known and played all your life, then at the snap of a finger, being asked to learn on the fly and be successful at a new one is an arduous task. That is what was asked of Tennessee Titans’ free agent defensive end/outside linebacker hybrid Derrick Morgan, who last offseason had to wrap his mind around his new role as a 3-4 outside linebacker, a major change from his previous 4-3 defensive end role.

“I prayed about it, talked to the staff and talked to my agent, and we’re all on the same page,” Morgan said. “Now that I have been in the defense a couple of months, I love it. It may be a blessing.”

He had arguably his finest year as a pro, notching 63 tackles, 6 and-a-half sacks and 2 forced fumbles. Now, those numbers aren’t going to blow anyone away, but it can be argued that with his translated success after only a year in a 3-4 scheme, the arrow is pointing up on Morgan. A native of Coatesville, PA right outside Lancaster, Morgan was the top-ranked player in the state coming out of high school in 2007, from his defensive end spot. He earned immediate playing time as a freshman at Georgia Tech, and took off for the 2010 draft after earning All-American and ACC Defensive Player of the Year honors as a junior, recording 12 sacks and 2 forced fumbles.

A first round pick in 2010, the past several seasons was a hardworking and relentless player, despite suffering a torn ACL his rookie year.

“Derrick is an athletic guy who is a matchup problem coming off the edge, and I think we are trying to accentuate those things,” Titans head coach Ken Whisenhunt said. “He is doing a nice job. We are asking him to do a number of different things, and he has bought in and he is working very well.”

It’s of particular note that both the men he played under last season, Whisenhunt and defensive coordinator Ray Horton both have strong ties to the Pittsburgh Steelers organization, as both served as coaches there.

Morgan, who has 12 and-a-half sacks over the past two seasons, says he dropped about eight pounds and now plays at about 260 pounds.

“I never thought I would drop in coverage,” he said. “But now that I am doing it, it is becoming more natural.

He said moving forward, he feels he can aptly play either a base 4-3 end or a 3-4 outside linebacker, something that could make him look even more promising in the eyes of the Steelers’ front office, as they look towards more of a hybrid 3-4 defense perhaps.

“I do like the linebacker position, but it’s just different things that I had to adjust to — to coverage and responsibilities,” Morgan said. “So it was normal growing pains when you’re changing your position four years into your career that anyone would expect. I’ve just taken the approach of trying to do something small better every week.”

Now on the free agent market, and given his ties to ex-Steelers’ coaches Whisenhunt and Horton, it’s food for thought as to whether Kevin Colbert and company have a “little bird” in the ears of Whisenhunt, kicking the tires on Morgan. At 6-foot-3 and 261 pounds, he is the type of big-bodied presence the team is looking for at outside linebacker, able to be a force versus the run, while also being able to raise hell chasing the quarterback. Plus, after a successful transition to a 3-4 defense last year, he could only get better. Still young at only 26, he is exactly the type of mid-tier signing the Steelers have grown accustomed to the last few years, and could pencil Morgan into the spot by the likely vacated Jason Worilds, who has a list of suitors after his services. There’s also the added bonus of coming home to Pennsylvania for Morgan. For now, he’s just focused on continuing to get better, and let the cards fall as they may regarding free agency, whether his future lies in Pittsburgh, or elsewhere.

“It’s natural to think about it,” he said. “You come to the end of your contract and you have all the possibilities. But I want to put all my energy into this week and the last game.”