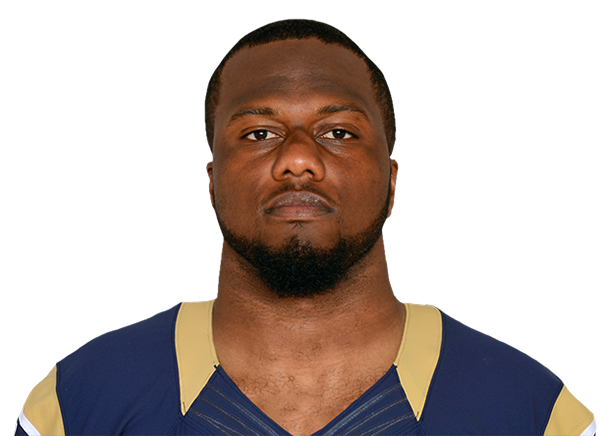 Almost exactly one year ago, the Pittsburgh Steelers brought then-unrestricted free agent defensive lineman Alex Carrington in for a visit. He didn’t sign, however, and the team quickly turned their attention to signing Cam Thomas instead. Carrington went on to make a few more free agents after leaving Pittsburgh before ultimately signing a one-year contract with the St. Louis Rams worth $1.5 million. That deal also gave Carrington an opportunity to earn another $1.5 million in incentives of which I’m pretty sure he didn’t come close to sniffing.

Last season with the Rams, Carrington was asked to play defensive tackle in a 4-3 defense and it didn’t take long for the coaching staff to figure out that he didn’t fit well in their system. In addition to that, then-rookie Aaron Donald, along with veterans Michael Brockers and Kendall Langford, all did a fine job of rotating the snaps inside.

Carrington missed the Rams Week 6 game with a knee injury and thanks to subsequent thigh and quad injuries, he quickly found himself on the inactive list for the final seven games of the regular season. As we sit here today, Carrington is back in the same spot that he was last year at this time and that’s looking for a team to sign him as an unrestricted free agent.

The Steelers could use another veteran defensive end on their roster now that they’ve released Brett Keisel and while Carrington has yet to live up to his potential after being drafted by the Buffalo Bills in the third round of the 2010 NFL Draft out of Arkansas State, he should be willing to sign for the minimum at this point.

While Carrington could ultimately wind up only being just a training camp body, playing defensive end in a 3-4 defense is likely what he does best. During his career with the Bills that’s when Carrington was at his best, but due to Buffalo continually insisting on playing more 4-3 fronts, he barely got a chance to show over a long period of time that he could consistently two-gap as 3-4 defensive end.

Assuming Carrington is now completely healthy, he should be ready for one last attempt at salvaging his NFL career. Due to him tearing his quad early in the 2013 season, Carrington has only played a total of 318 snaps over the course of the last two seasons. He also won’t turn 28 until June, so he should have plenty of tread left on his tires.

While I do believe that the Steelers is the best fit for Carrington, I really don’t expect them to sign him prior to June 1, and here’s why. Being as Carrington is an unrestricted free agent, he could potentially factor into the compensatory draft pick formula if he signs with a team prior to June, and that’s even if he were to sign for the minimum. On top of that, the Steelers might want to wait until after the draft to see if they still even need another defensive end as there’s also a slight chance that another veteran defensive end becomes available after the draft.

Should June 1 roll around and Carrington is still looking for work, however, the Steelers would be wise to bring him in for yet another visit. He should be able to be had for the minimum at that point with no guarantees that he makes the final 53 man roster out of training camp.