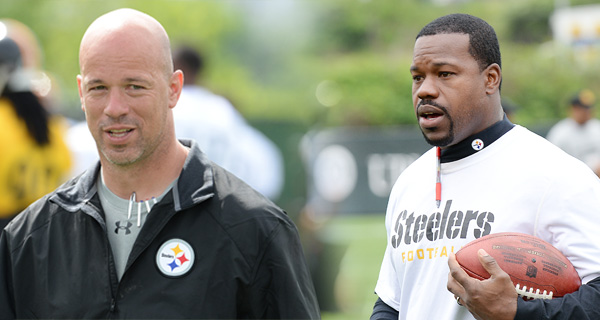 As expected, the Pittsburgh Steelers filled their vacant linebackers coach position with two people as defensive assistants Jerry Olsavsky and Joey Porter have been officially promoted.

Olsavsky, who has been on the Steelers staff since 2010, will be in charge of coaching the inside linebackers while Porter, who was added to the staff one year ago, will coach the outside linebackers.

Olsavsky played inside linebacker for nine years for the Steelers (1989-97) while Porter played outside linebacker in Pittsburgh a total of eight seasons (1999-2006).

Porter would appear to have the tougher job of the two as the Steelers outside linebackers have struggled to get sacks and consistent pressure the last three seasons.

The Steelers needed to fill the vacant position after Keith Butler was promoted to defensive coordinator following the resignation of Dick LeBeau after the season ended.

It will now be interesting to see if any more defensive assistants are added to the staff now that Olsavsky and Porter have had their titles changed.