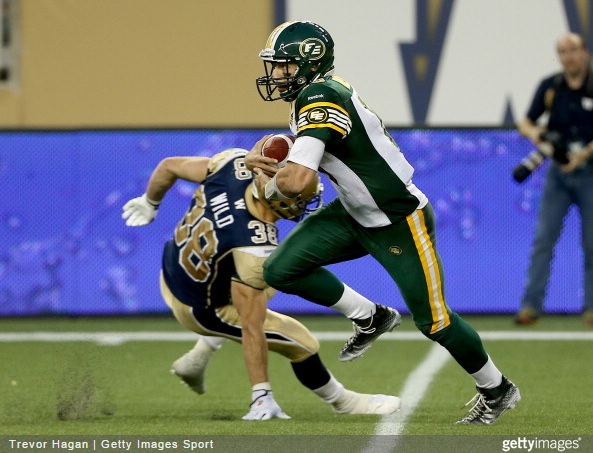 Now that we’ve covered offense and defense, it’s time to get into some of the most interesting signings of the Pittsburgh Steelers futures players – the Canadian Football League players. We begin with the most recent signee, former Mercyhurst University safety-linebacker hybrid, Ian Wild.

Wild joins the Steelers coming off of two seasons in the CFL, playing for the Winnipeg Blue Bombers.

At Mercyhurst, Wild was a four year starter for the Lakers, finishing 8th in tackles in school history. He was selected to the All-PSAC First team during his senior season in 2010 and the All-PSAC Second team in 2009. Wild did not receive an invite to the NFL scouting combine. He was signed by the Buffalo Bills as an undrafted free agent in 2012. After not making the roster he jumped to the CFL immediately after his release.

In two seasons with the Blue Bombers, Wild made his presence known starting at outside linebacker and totaling 142 tackles, 4 sacks and 1 touchdown off of a fumble recovery for the team.

Wild is an excellent tackler who uses good technique and wraps up ball carriers naturally. He has a nose for the football, finding a way to always be close to the play. Shows explosiveness when pursuing the ball carrier and at the point of attack. Has a high-motor, never gives up on the play. Not a natural in coverage, can play short and some medium, but struggles in deep and man-to-man coverage schemes. Struggles to get off blocks as a linebacker. Excels on special teams. Goes from a long snapper to a gunner immediately. Runs past his blocker almost every time and makes the tackle more often than not. Doesn’t have a good sense of balance and can be smashed to the ground off of blocks.

The biggest concern when it comes to Wild is his lack of position. On one hand, he is an explosive linebacker who has a nose for the football and is above-average in coverage, but he struggles to get off blocks and is undersized for the position. On the other hand, he has all the tools of a good safety; natural tackler, explosive, nose for the ball, quick, big-hitter, etc. However, he struggles in deep coverage and man-to-man coverage, something incredibly important to the safety position. Also, sometimes he gets man-handled by blockers, to the point where he is just thrown to the ground and that’s in the CFL, imagine the NFL, where the lineman are much bigger and stronger.

Let’s put it this way, if Wild and Alden Darby could combine their skills together then that would be ideal. However, since we don’t have that technology yet, we have to settle for two incomplete football players. Wild is a special-teams demon who could greatly help the Steelers with his kick coverage abilities. He also would be a great rotational rush-linebacker as long as he doesn’t get blocked (so that’s an issue). Other than that, Wild is limited in how he can help the team. If the Steelers are looking for him to be a safety, that’s very unlikely to work out. He just doesn’t have the coverage ability of an NFL safety and at the ripe age of 25, what you see is what you get. Overall though, he’s worth a shot in training camp based on his special teams abilities alone. If he can bulk up and improve his ability to handle blockers he might have an outside-shot of making the team.