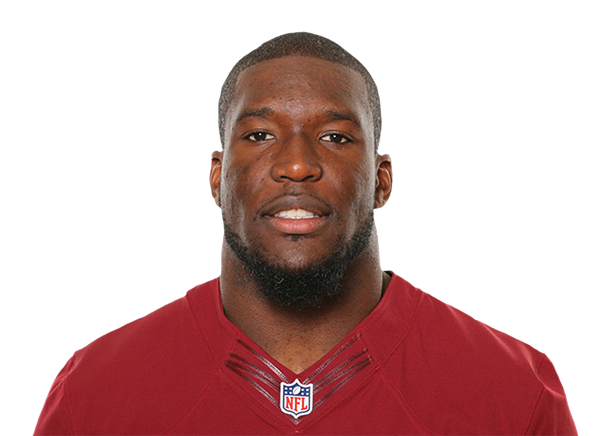 Usually this time of year, as the start of free agency looms, and cuts are made, the Pittsburgh Steelers sit back and watch the rest of the NFL landscape partake in the bonanza. Perennial bottom feeders like the Oakland Raiders, Cleveland Browns and Washington Redskins often go crazy, choosing to get out the checkbook as opposed to a swift draft strategy to build their respective franchises. The Steelers will occasionally dip their toes into the pool, signing a Ryan Clark or a James Farrior-type presence, but haven’t really done anything significant as of late.

The list of pass rushers available this offseason is long, starting with stud Justin Houston, Pernell McPhee, Brandon Graham, Jabaal Sheard and Pittsburgh’s own Jason Worilds. A name that’s somewhat lost amongst the list, due to injuries, is Redskins’ free agent linebacker Brian Orakpo. Pectoral injuries are a major reason why, having derailed him in each of the last few seasons. With the image of LaMarr Woodley haunting fans’ memories, plus also haunting the team’s cap situation, one may ask why the team would ever think of as much as sniffing what appears to be damaged goods? The answer is quite refreshing, as when he’s healthy, he’s a Pro Bowl-type force off the edge, something the team sorely needs, and that could be the difference between Pittsburgh being a one-and-done in the playoffs versus an AFC title contender.

A first round pick in ’09, Orakpo seemed destined for greatness, recording 11 sacks as a rookie and making his first Pro Bowl. Commercials and endorsements followed, with the 6-foot-4, 257-pound heavily muscled linebacker appearing alongside the infamous Geico caveman. Known for his freakish weightroom strength, having a bench press well over 500 pounds, Orakpo’s game is based just on that-power. When healthy, he’s posted 38 and a half sacks in just 62 games, or over one-and-a-half per game. That’s the type of authoritative force the defense could use, as Orakpo uses his explosion to drive tackles backward, then counters to the quarterback with his cat-like quickness. He’s also very physical in the run game, showing an ability to get off blocks and wreak havoc, knifing into the backfield.

The front office has shown before they aren’t afraid to make a splash in free agency, as I’ve previously wrote about them kicking the tires on Elvis Dumervil, before he signed with Baltimore. It was also reported they inquired about left tackle Jake Long in the waning hours before he signed with St. Louis Rams. With the salary cap constraints seemingly not as serious as in past seasons, as Kevin Colbert has stated, the team should have some financial flexibility in terms of retaining not only some of their own free agents, but those from outside the organization as well. As of this writing, the team had already freed up $3.72 million in ’15 by restructuring tackle Marcus Gilbert’s deal, and more will likely come after Ben Roethlisberger signs his extension. While Houston will likely get a deal averaging roughly $14 million per year, the next wave of rushers like Graham and McPhee may be more suited to deals in the $8 million or so annually. Despite production on the field, Orakpo’s pricetag should be even lower than that, due in large part to his injury history. The team could pounce on this, and hand him a short-term deal, giving him nothing more than a contract based on incentives, with little, if any, guarantees. It would allow him to regain his value as one of the league’s elite pass rushers, at only 29,  while Colbert looks like a genius, acquiring a superb talent for well under market value. For example, look at the Seattle Seahawks the last few seasons, with quarterback Russell Wilson. Although still on his rookie deal, the term vast is an understatement to say he’s outperformed it. The Seahawks’ brain trust should be charged with highway robbery with the bang for their buck they’re getting with Wilson.

Look at it this way; the team would be scoring a Pro Bowl talent at the outside linebacker spot, shoring up a major need, not only overall but draft-wise as well. If he gets hurt again, the team could cut their losses. But adding a player of Orakpo’s caliber, at sub-market value seems like the potential Willy Wonka golden ticket to restoring some punch to the team’s pass rush. A pickup like him would allow Jarvis Jones to continue improving his game, with Orakpo pegged as the team’s primary rusher. Him manning the right side, where stud Cameron Heyward occupies, would be trouble for even the most formidable offensive lines.

With the offense looking set across the board, it comes down to the young defense and whether or not it can improve upon the progress it began showing towards season’s end. The team is arguably a few defensive players away from competing for a championship, and a potential difference-maker in Orakpo is available. He should be within their price range, although with a little roll of the dice. This situation brings to mind the news of Chicago Bulls’ star Derrick Rose’s torn meniscus Tuesday night. If he hit the free agent market, teams would likely be willing to gamble on him, regardless of his injury history. He is ,when healthy, that type of franchise centerpiece, game-changing talent. With Orakpo, the reward at the end of the rainbow could far outweigh the risk.