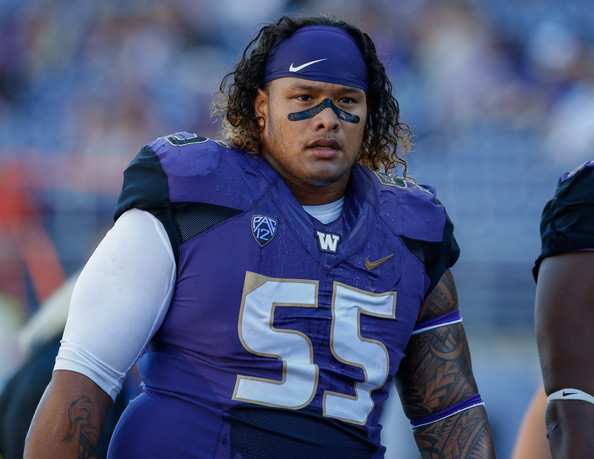 If you ask anyone who knows the in’s and out’s of a 3-4 defense, they’re more than likely to tell you that the 0-technique nose tackle is the straw that stirs the drink. Occupying two gaps, and often requiring double or even triple teams, they’re a gap-eating space eater planted right in the heart of a 3-4 front, with their main purpose to tie up blocks and allow the linebackers to roam unscathed.

Pittsburgh Steelers nose tackle, Steve McLendon, is listed at 6-foot-4 and 320 pounds. He is not your ordinary “blob” of humanity that we normally associate with the position. He doesn’t carry a humongous, portly belly like a Ted Washington or a Vince Wilfork. He actually shows athleticism for a man his size with his ability to knife through gaps and present a viable pass rush presence.  Since he’s a more multifaceted nose tackle, and more of a one-gap player, he’s more adept at chasing down plays run to the perimeter, like the outside zone for example.

Some may bring up the point that he doesn’t require the requisite girth that a true nose tackle should possess, thus not being able to function as a true clogger we normally associate with the position. Although he has been injured a lot, missing several starts over the last few years, the Steelers are a much better defense when he’s on the field, particularly against the run.

Some will argue against McLendon simply for the fact that he’s not who his predecessor, Casey Hampton, was. That’s really not fair to him, because who is? In his playing days, Hampton was long considered the gold standard for nose tackles in the NFL. The five-time Pro Bowler was listed at 6-foot-1, an ideal height for the position, as he was built with a low center of gravity ,and seemingly, an immovable boulder in the middle of the Steelers’ defense for over a decade. His listed weight was 325 pounds, but everyone knows the team must’ve been doing him a favor by hiding his true weight, as he played somewhere in excess of 350 pounds. After all, his nickname was “Big Snack” for a reason.

However, the point can be made that their playing styles don’t really mimic each others, with each one possessing traits that the other didn’t. McLendon isn’t anywhere near as strong as Hampton at the point of attack, and he doesn’t occupy blockers the way he did either, since Hampton was more of a two-gap nose tackle. However, McLendon is a lot more disruptive as a pass rusher, and shows more ability as a playmaker, instead of just clogging running lanes up the gut.

Draft pundits and gurus are abuzz this time of year, scouring over game film, bowl games and producing many different versions of mock drafts. Arguably the Steelers’ two biggest needs lie on the defensive side of the ball, at cornerback and outside linebacker. But what if the draft’s highest-rated nose tackle, University of Washington’s powerful Danny Shelton, is there for the taking? Would it change the Steelers’ draft process? It’s definitely food for thought, as the front office generally doesn’t reach to fill a need and goes the “best player available” route. Shelton possesses tremendous size at 6-foot-2 and 343 pounds, but also shows great ability to cause disruption in the backfield, as evidenced with his 9 sacks and 24 tackles-for-loss this past season. In some ways, he’s a blend of McLendon and Hampton, obviously possessing unique size and strength, but also showing a penchant for penetrating into the backfield and making plays.

With the mountainous 6-foot-7, 352 pound rookie Daniel McCullers getting valuable reps as the 2014 season progressed, one could argue he is the future at the position, especially with McLendon, 29, entering the final year of his contract. If McCullers can learn to get lower and play with better leverage, he could be an absolute monster in the Albert Haynesworth mold. The jury is still out on him though, with the sample size from 2014 too small to really tell. With the departure of Dick LeBeau, rumors swirled about the potential shift to a 4-3, especially since new defensive coordinator Keith Butler talked about that front alignment after he was promoted. The 3-4 base defense will still be their bread and butter though, according to team president Art Rooney II at the team’s end-of-the-season press conference Wednesday morning. Butler is a LeBeau disciple though, so one would assume he would stick to his 3-4 roots, especially with the current personnel fitting that scheme. But when the defense shifts from it’s base to the sub-package, can you imagine pairing McCullers with the Shelton in the middle of the defense? That’s a lot of beef.

During some blocking drills at Senior Bowl practices this week, Shelton’s reportedly been a man amongst boys, just tossing blockers like a ragdoll. Although he reportedly looked gassed at times, the same could be said of Hampton almost every summer, when he’d fail the conditioning tests at training camp in Latrobe, PA.

Dane Brugler of CBS Sports recently posted his inaugural version of a mock draft, and projected Pittsburgh grabbing Shelton with their first-round selection.

“Without a stout player at the nose tackle position, Dick LeBeau’s defense just isn’t the same, making Shelton an intriguing option here,” Brugler said. “He has impressive quickness for his size, but also the upper body strength to bully blockers and handle double-teams.”

Shelton has often drawn comparisons to All-Pro Baltimore Ravens’ defensive tackle Haloti Ngata, and rightfully so. There isn’t a Steelers fan alive that wouldn’t love to see that type of player in the black and gold. Built with a very thick lower body, Shelton says he generally wears a size 50 waist, simply because his legs won’t fit in a 46 or 48. That’s a massive human being, one who very well could be the next great anchor of the Steelers’ defensive line.