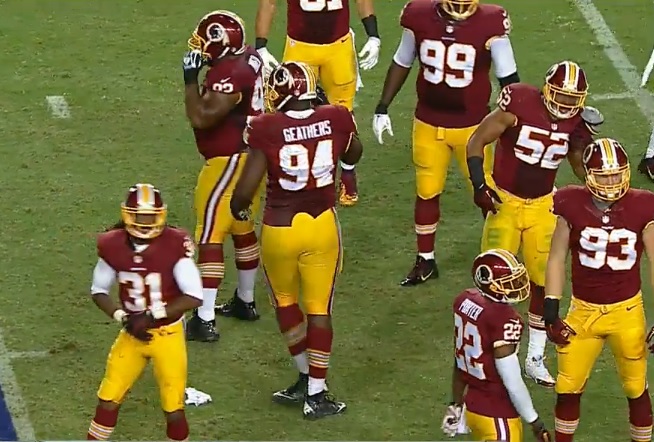 Keisel was placed on injured reserve after he tore his triceps Sunday in the loss to the New Orleans Saints.

Geathers was originally drafted by the Cleveland Browns in the sixth-round of the 2010 NFL Draft out of South Carolina. He has spent time with Miami Dolphins, Dallas Cowboys, Indianapolis Colts, Philadelphia Eagles and Washington Redskins since entering the league.

Prior to being released by the Redskins last month, Geathers played 93 snaps on defense. He registered six total tackles in the six games that he played in.

At the 2010 NFL Scouting Combine, Geathers measured in at 6074 and weighed 299 pounds. He did 26 reps on the bench and posted a forty-yard dash time of 4.98 seconds. Geathers now reportedly weighs 325 pounds.

Geathers is the younger brother of Robert Geathers, who currently plays on the defensive line for the Cincinnati Bengals.