Because the Pittsburgh Steelers played the Cincinnati Bengals so recently, we’ll skip their full-fledged scouting report. Although there’s always something new to learn, there hasn’t been enough time or changes to dedicate an entire article to it.

Check out the original report here.

Instead, we’ll look at specific areas of the Bengals that make them dangerous.

And perhaps that most dangerous unit comes from special teams. On the year, they rank third in the league in kick returns and fifth in punt returns. Adam Jones and Brandon Tate make up the dynamic duo, though the focus is on Jones much more than Tate.

Odds are, they’ll create a splash play in the return game Sunday. We’ll break down how dangerous these two have been over the last several weeks.

But we won’t start with him. Even great returners will struggle without quality blocking. And that’s what helps spring this play. Double-vice the Texans’ gunner and they, at one point it’s just one of the jammers until the other engages again, remove him from the play. 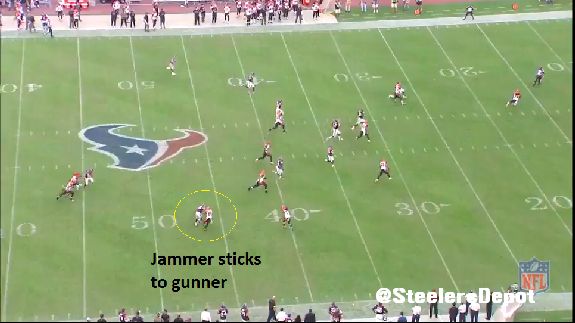 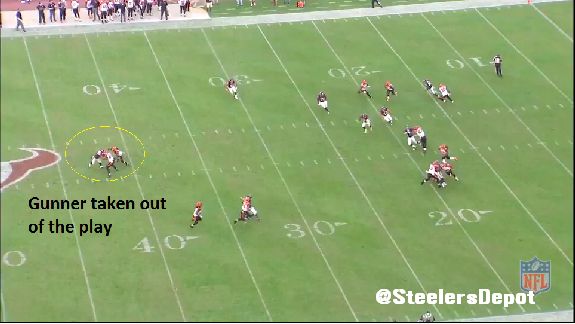 Despite Jones catching this punt over his shoulder without forward momentum, he’s immediately able to change directions and start working laterally. 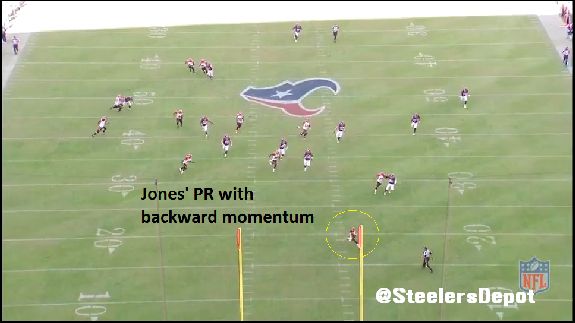 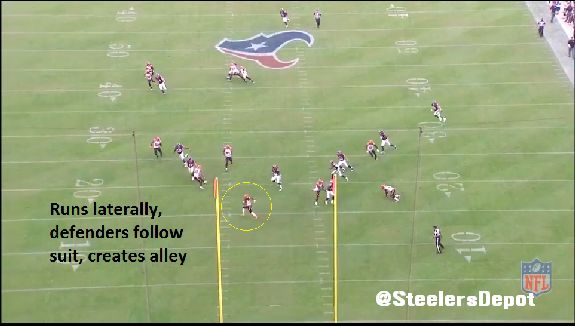 It gets the Texans’ defenders to widen, creating a lane for Jones to cut up into. He plants, gets upfield, and winds up with a 20 yard return. 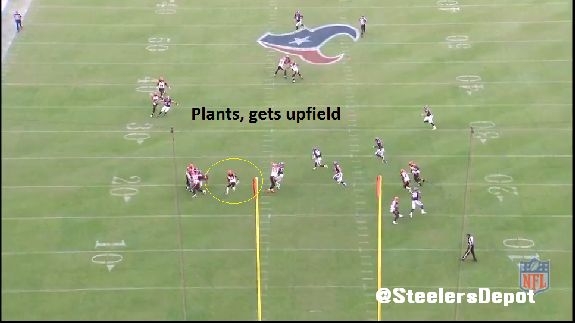 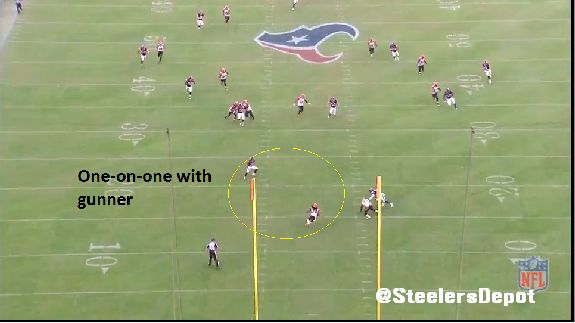 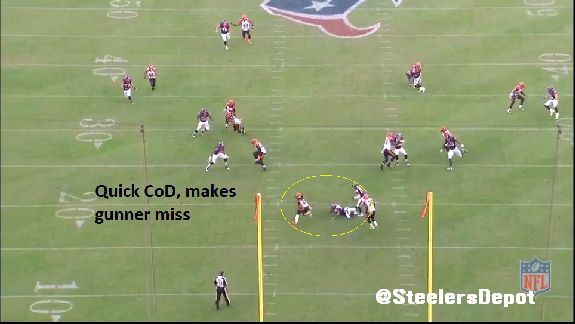 Nothing else about the return is special but Jones gets the job done. Make the first man miss, get upfield, and pick up as many yards as you can.

After making the catch, he immediately works away from Antwon Blake, who had a step on the jammer. Running to his right, Jones cuts back inside, making special teams’ captain Robert Golden miss in the process. 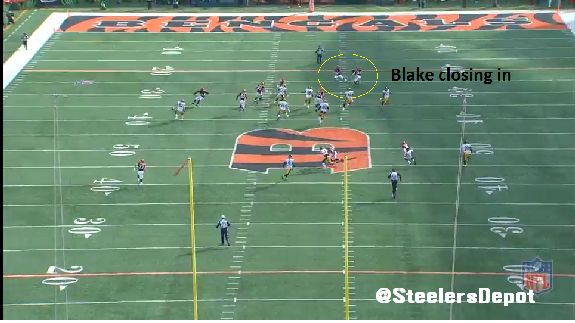 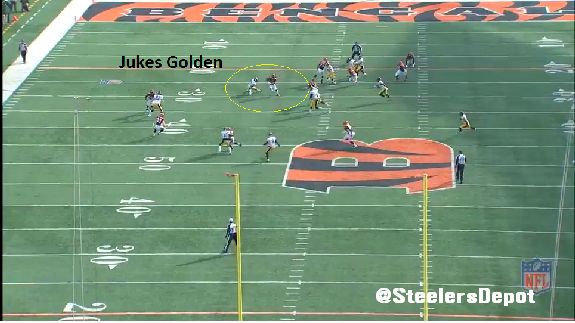 It’s a return that sets the Bengals up in prime field position, their own 42. 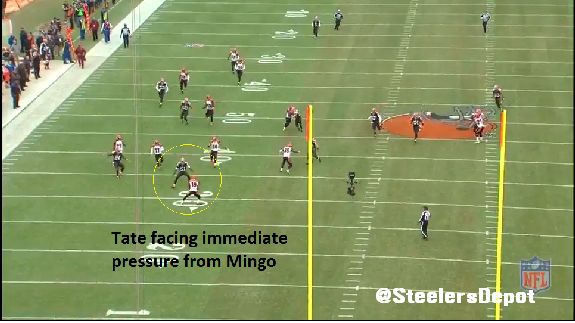 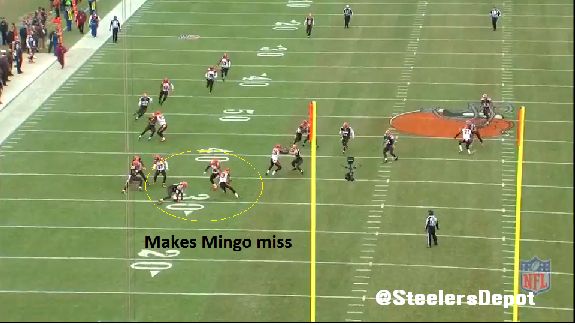 And then he’s able to escape to the left, beating another defender to the edge and reaching the sideline. 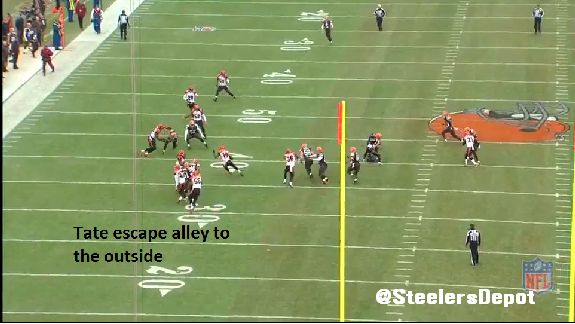 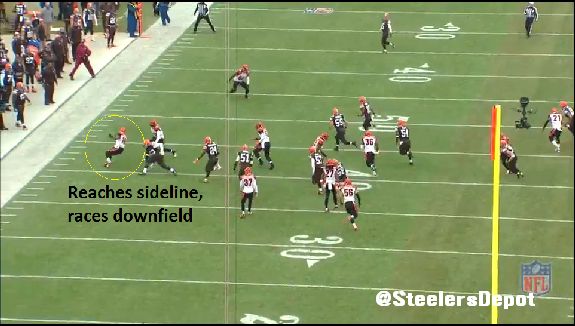 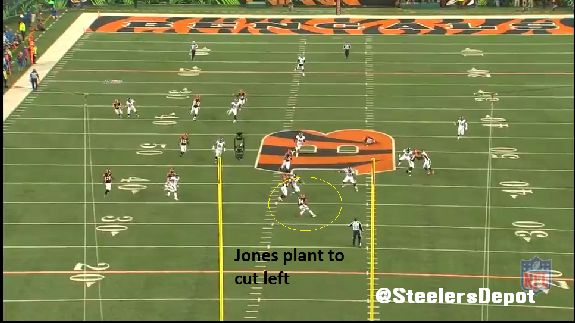 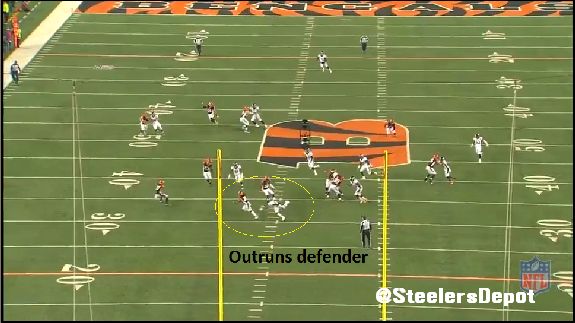 He takes off near the left sideline, getting a key block from defensive end Margus Hunt. 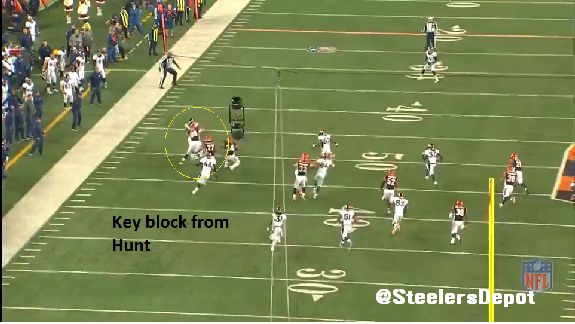 The return sets the Bengals up in plus territory, the drive resulting in a field goal.

This one all starts with great blocking. Before Jones even reaches his ten, multiple Bengals have stuck to their blocks and created a path. 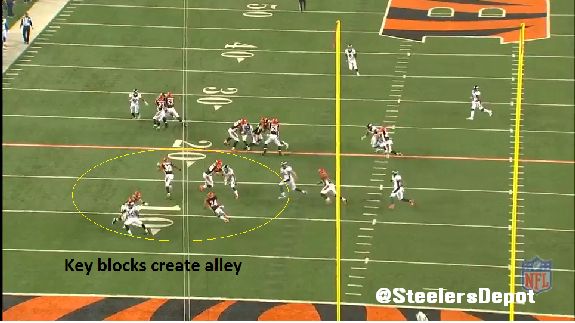 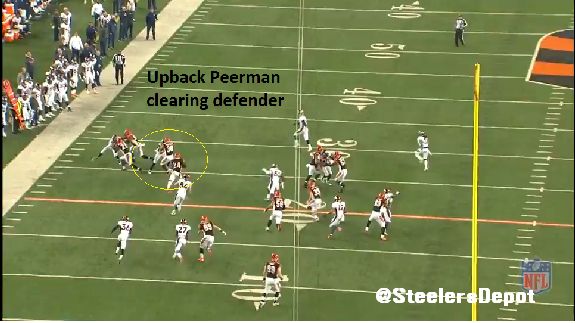 He makes the kicker and another Bronco miss before finally being taken down at Denver’s 27. Three plays later, the Bengals find the end zone and take a two possession lead. 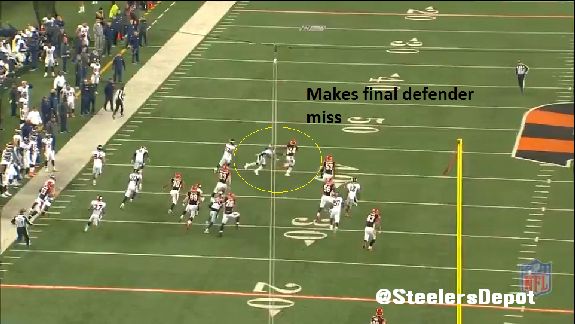 Overall, Jones is having a video-game season in the return game. Over one-third of his punt returns have netted at least 15 yards.

His average of 33.2 yards per kick return is the third best mark in a season since the 1970 merger. Only Percy Harvin in 2012 and Jim Duncan in 1970 have higher marks.

And like an avid fan of Madden, he returns everything in sight. Never met a punt he hasn’t liked. Over his last 88 touches, dating back to 2008, he has just one fair catch.

Jones’ stellar year overshadows the fine campaign Tate has had. He averages a healthy 10 yards per punt return. Eighth in the league if he qualified (he’s three returns shy).

Both men are field flippers and net yard killers.

The Steelers employ a core group of special teamers – perhaps the best since the days of guys like Chidi Iwuoma, Clint Kriedwalt, and Sean Morey – and they’re going to need “A+” games from everyone involved to repeat the success they had in the first meeting.