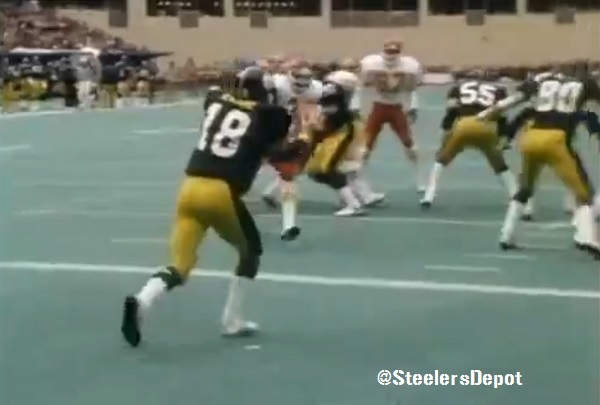 Do you remember the last time that the Pittsburgh Steelers lost to the Kansas City Chiefs at home? I do and I remember that ugly 1986 game at Three Rivers Stadium like it was yesterday. I even have a full copy of that game in my collection.

The Steelers entered that regular season finale with a 6-9 record and while their defense only surrendered 171 total yards and one field goal in that game, they still lost 24-19.

Are you remembering the game now?

Not only did the Chiefs block a Steelers punt in the end zone for a touchdown in that game, they also returned a kickoff 97 yards for another touchdown and returned a blocked field goal attempt for yet another score. All four of their scores came in the first half and yet the Steelers still weren’t able to overcome the deficit.

Steelers quarterback Mark Malone threw for 351 yards in that loss and he did not throw a touchdown. He only threw for 300 yards twice during his career and both games resulted in Steelers loses.

The Steelers had six explosive plays of 20 yards or more in that game while the Chiefs were only able to manage two of them. It was a game that they should’ve won.

It just goes to show that special teams can really play a big part in a game and it probably wouldn’t be a bad idea for current Steelers head coach Mike Tomlin to show this game to the team prior to Sunday.

Want some weird parallels? Heading into that 1986 game against the Steelers, the Chiefs defense hadn’t allowed a 300 yard passer all season.

As an extra bonus, I have tracked down the video highlights of that 1986 game and if you have any questions about what happened outside of the stats, I have my own gamebook and chart from that contest as well.