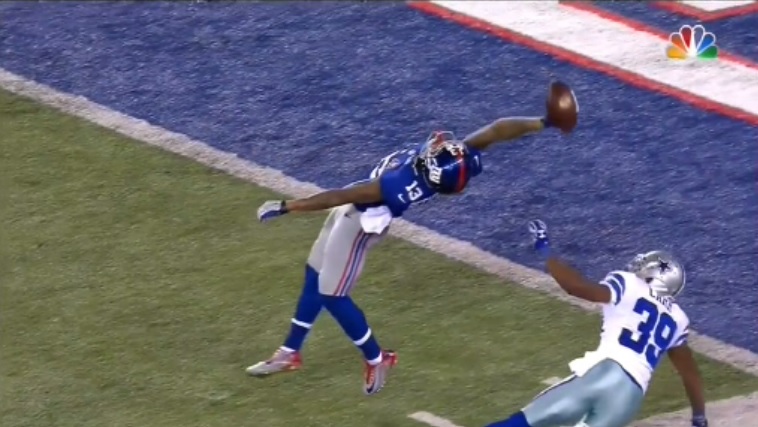 Hopefully you were able to witness the one-handed catch in the end zone made by New York Giants rookie wide receiver Odell Beckham Jr. against the Dallas Cowboys Sunday night right when it happened as it might go down in history as the greatest catch of all-time.

In case you did miss Beckham’s catch, below are four animated gifs of it from four different angles.

I’ve seen a ton of great catches in my years on this earth, but this indeed has to be the greatest of all-time. Yes, even better than the helmet catch that former Giants wide receiver David Tyree made in Super Bowl XLII.

Beckham was drafted 12th overall by the Giants out of LSU back in May and he missed the first four games of the season with a hamstring injury. Since making his NFL debut in Week 5, Beckham has now caught 41 passes for 609 yards and five touchdowns.

So, was this the greatest catch of all-time in your opinion?