Quick scouting report on the Jacksonville Jaguars offense and defense. Couple things you can expect to see in Sunday’s contest against the Pittsburgh Steelers.

– Blake Bortles is a heck of an athlete. They will use him on some designed read options. He carried it twice last Sunday for gains of seven and eight. He’s smart in that he knows he needs to slide. Doesn’t take unnecessary hits.

Legs are capable of extending the play and he’s tough to bring down. Have to show you this 30 yard completion on 3rd and 17 last week. No clue how he extends the play for so long, spinning away from a linebacker before hooking up with an open Clay Harbor.

Great pocket presence for a rookie. Keeps his eyes downfield and muddy pockets don’t bother him. Can slide and climb without dropping his eyes.

Here, his left tackle gets run into him. Bortles bounces off the hit without issue, trying to find an outlet. That’s next-level stuff. 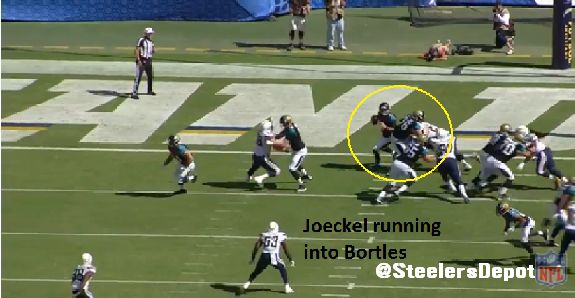 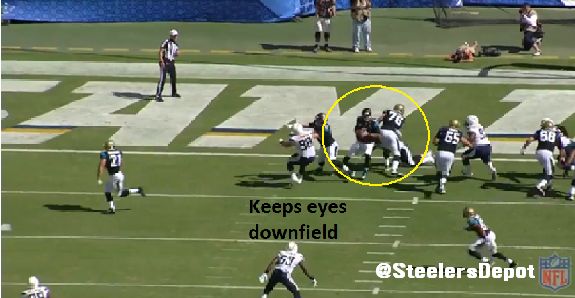 Can throw on the move from either side. Capable of squaring his shoulder and delivering an accurate ball.

Ran a lot of pistol in the first half, giving Bortles the run/pass option. Probably going to see it again against the Steelers.

Will stare down his targets that leads to interceptions. Threw two picks versus zone coverage on Sunday versus the San Diego Chargers. But overall, I’m highly impressed by Blake Bortles.

– Running game isn’t special. Denard Robinson split touches with Toby Gerhart last week. They will use Robinson on the perimeter, jet sweeps (or fake them) and screens/swing passes, but nothing gimmicky vertically. Overall, they use him fairly tamely.

They use a fullback a ton. Will Ta’ufo’ou is their lead blocker. More apostrophes in his name than career carries but he’s an effective blocker.

– Not much stood out to me at receiver. Like Dick LeBeau mentioned, they will use double-moves to try and get receivers open. Allen Hurns 44 yard catch, which would’ve been a 46 yard touchdown had he not fallen down in the open field, came on a double-move that caused the safety to badly bite.

Clay Harbor isn’t an effective base blocker but can cut well.

Line as a whole is unathletic. Both Luke’s, left tackle Luke Joeckel and center Luke Bowanko, are below average. Joeckel struggled to mirror even if he’s ok off his kickslide. Bowanko has been thrust into the starting lineup as a seventh round rookie. It shows. Terrible athlete. Looks overwhelmed.The Steelers should send loopers and Fire X blitzes at him. He can’t slide laterally. Get some “A” gap pressure as a result. That’s how you win as a defense.

– We’ll start up front. Sen’Derrick Marks at RDT and Chris Clemons at RDE are a pretty potent combination. Marks offers a quick step and violent punch. Clemons has long arms and active hands. Ziggy Hood still runs to the ball like the runner is holding a million dollars. Andre Branch has an explosive step but is susceptible to getting run up the arc.

– Paul Posluszny was the only linebacker worth noting. Underrated athlete. Holds his own in space. Impressive player.

– Schematically, the Jags play a ton of single high. Lot of Cover 3, four under, three over. Can get themselves in trouble against vertical concepts. Steelers should throw a ton of four verts at them. Stretch the defense. Force the linebackers to cover ground. They won’t be able to. Stress the deep safety. Be aggressive and attack.

The Chargers’ three passing touchdowns were all 24 yards or farther. All came against single high. 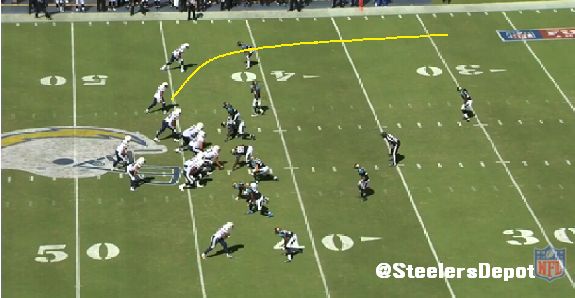 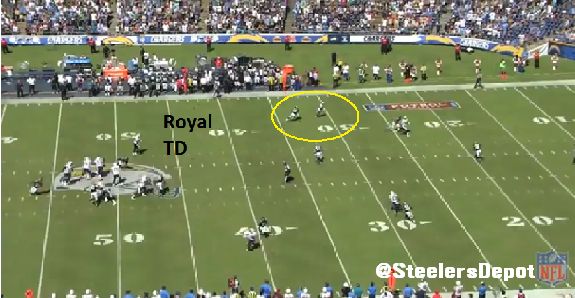 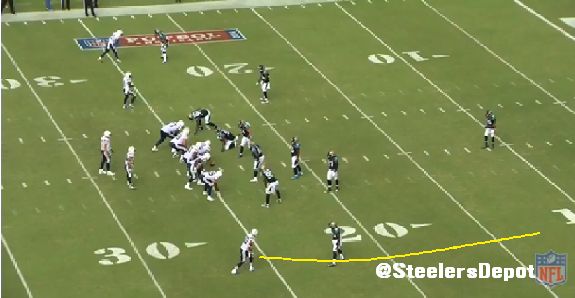 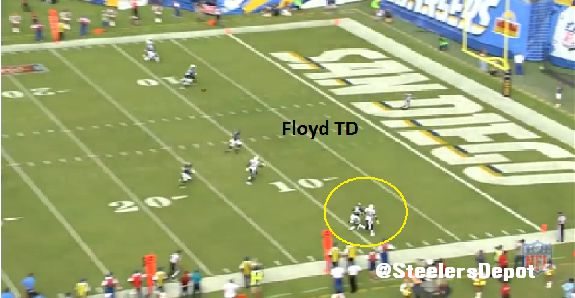 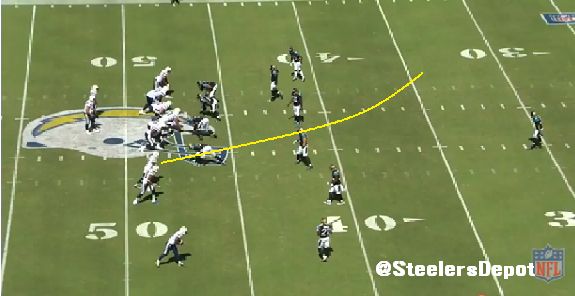 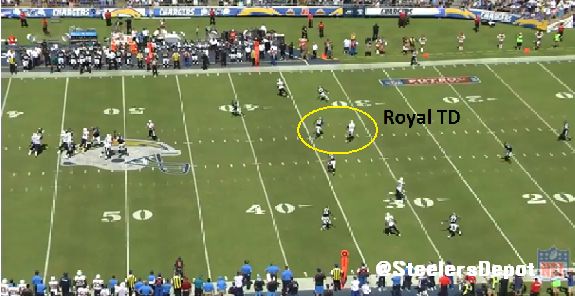 Cornerback Dwayne Gratz has been ruled out. Took a nasty fall and landed awkwardly on his neck. Believe Demetrius McCray will replace him at LCB. Exploit him.