Since he was one of the bubble players who landed on the Pittsburgh Steelers initial 53 man roster, here’s a breakdown of tight end Michael Palmer’s performance against the Carolina Panthers.

1. 1st and 10, 9:16 1st. First snap of the game for the offense. Palmer lined up as the lone tight end off the line. End around to Markus Wheaton with Palmer acting as the lead blocker. Gets out in space and executes a successful cut block against cornerback Melvin White. Helped to spring Wheaton for a few extra yards. 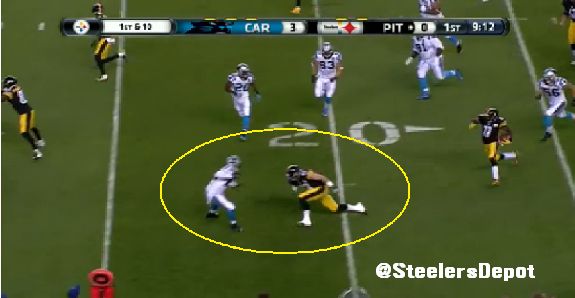 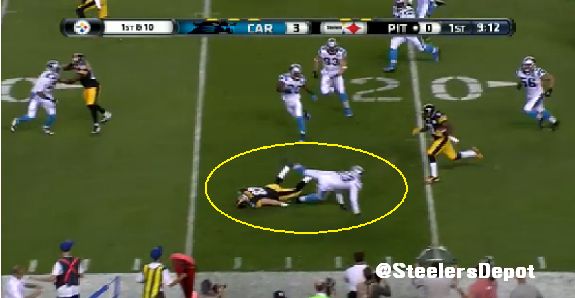 2. 1st and 10, 13:04 3rd. Palmer returns to the lineup after taking a seat on the bench following the first two series of the first half. It’s a minor point to focus on but I like the proper technique as a run blocker. Assignment is to seal linebacker Jason Williams to the outside. Sets his hips while shuffling his feet laterally and secures the block. 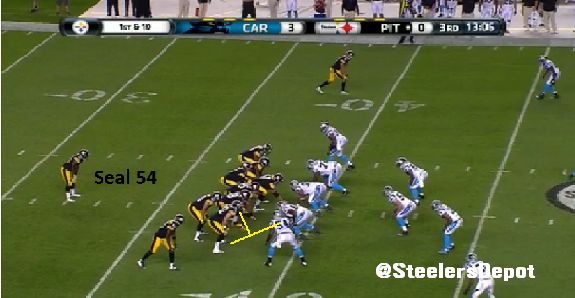 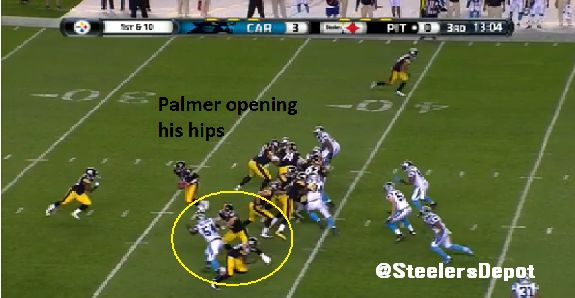 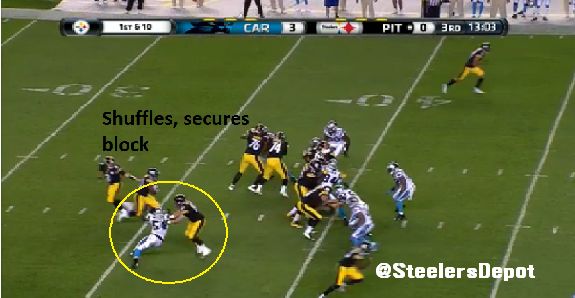 3. 2nd and 5, 12:28 3rd. Asked to base block DT/DE Kony Ealy. Sticks and gets a quality push for a tight end. Appreciate his effort in finishing the block, too. Compare him to David Paulson blocking Williams. Has trouble sticking and lets the defender win inside.

1. 4th and 2, 5:35 1st. Steelers go for it on 4th down. Heavy set, 22 personnel. Palmer tries to base block linebacker AJ Klein. But he loses almost immediately, getting knocked back on the snap. Can’t hold the POA and Klein sheds to the inside. He tackles LeGarrette Blount at the line and stops him for the loss and the turnover on downs. Had Palmer been able to hold his block, it’s likely Blount would have been able to charge ahead for the first. 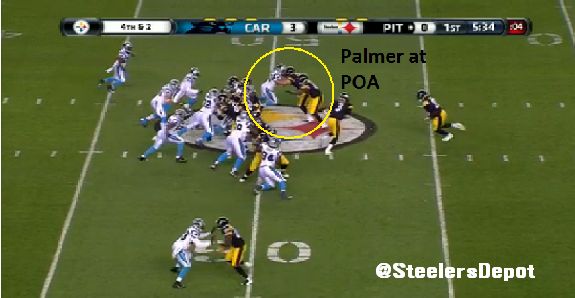 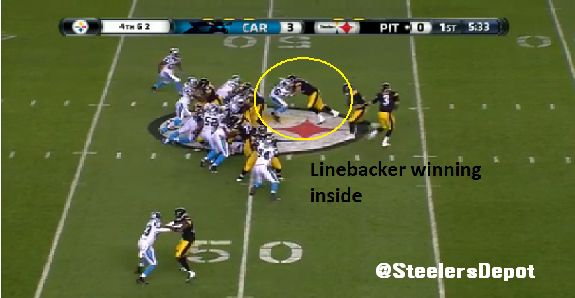 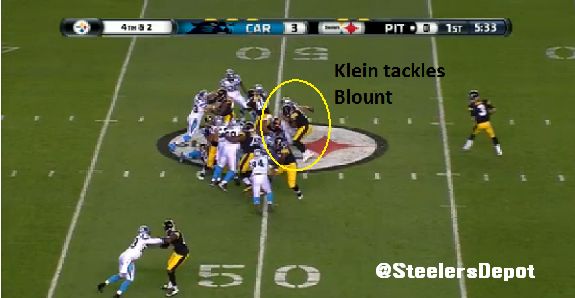 2. 2nd and 9, 10:34 3rd. No picture of GIF here but still a negative play. Catchable ball but Palmer drops it near the sticks while in Panthers’ territory. Steelers end up being forced to punt. One of the better opportunities to come away with points on the day is squandered in part to his drop.

Although he had an ugly moment on that 4th down, there’s never been a shred of doubt to the question of who the better run blocker between him and David Paulson. And as I’ve said before, that’s all you’re looking to get out of a #3 TE. Combine that with his special teams value – expect Palmer to be an edge protector on punts, field goals, and a blocker on the kick return unit – and it makes the most sense that the spot belonged to 82.