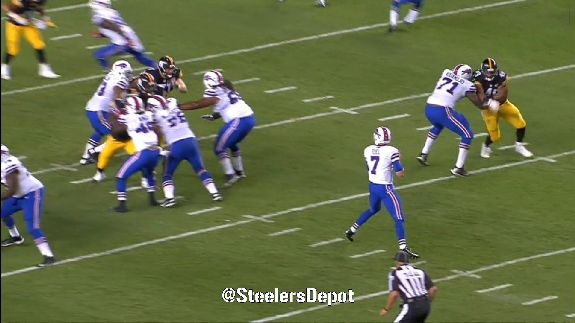 Pittsburgh Steelers outside linebacker Vic So’oto effectively won the game Saturday night against the Buffalo Bills thanks to his strip sack fumble late in the fourth quarter. Here is a quick look at that play.

Lined up outside of the tight end, So’oto gets off the ball well at the snap. This is second-round draft pick Cyrus Kouandjio that he’s going against and when the Alabama product attempts to get his right hand into his chest, So’oto counters by chopping it down with his left hand while swimming past with his right. 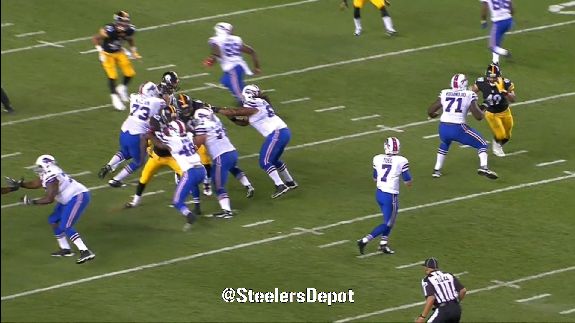 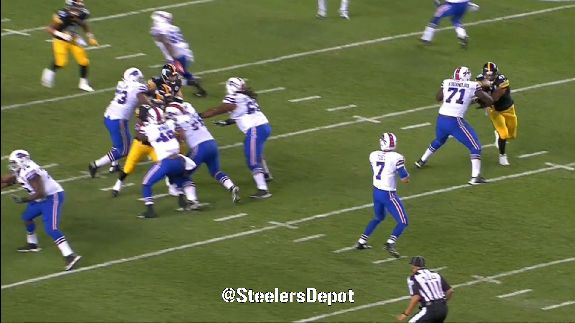 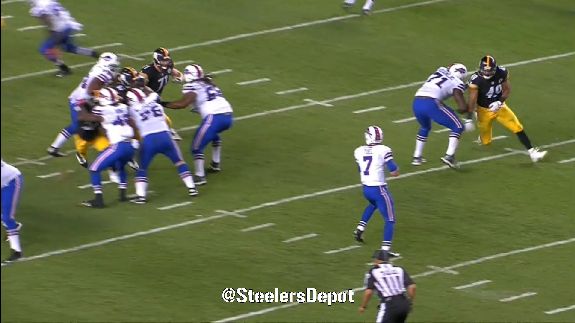 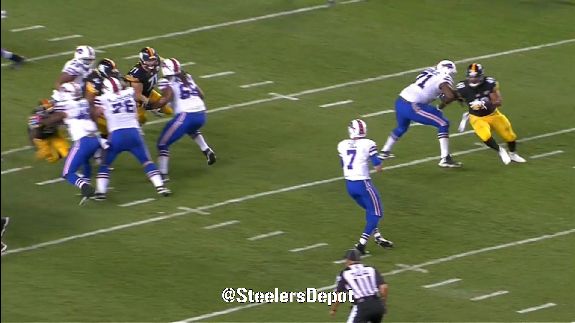 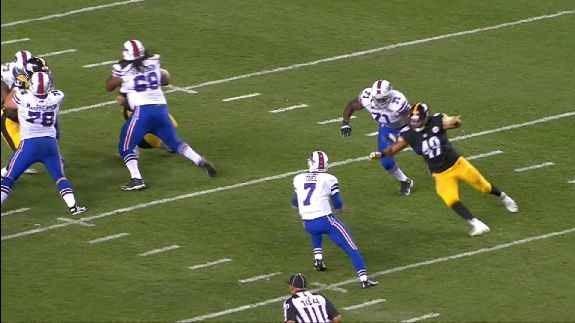 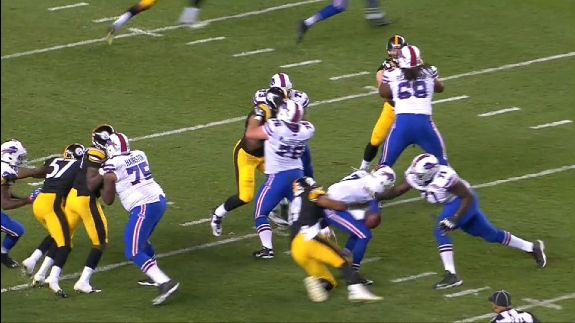 So’oto also exhibits some decent bend in turning the corner and manages to rip the ball out of the arms of Bills quarterback Jeff Tuel.

This is two weeks in a row that So’oto has made a splash play that resulted in turnover and don’t think that the coaching staff hasn’t noticed. While undrafted free agent linebacker Howard Jones has received most of the attention for coming up with both of those turnovers, So’oto is the one that deserves most of the credit.