A breakdown of the play of Pittsburgh Steelers rookie tight end Rob Blanchflower against the Philadelphia Eagles last Thursday night.

1. 3rd and 7, 13:23 4th. He releases late on his route but the area to focus on here is his chip. Rookie defensive lineman Taylor Hart loops around on a stunt and Blanchflower throws his arm into the defender, knocking him to the ground. Make Mike Adams look good in pass protection and you’ve done a nice job.

2. 2nd and 2, 6:58 4th. Draw play. Blanchflower chips the LDE and then works to the second level to stick to the SAM. Does fall off late at the end but overall, it’s a quality block and he generates a good push. Like that ability to work in space.

3. 2nd and 22, 3:42 4th. Pass protection. Handles the edge rush from the linebacker lined up over the slot fairly well. Seals the edge and allows Bruce Gradkowski the time to get the pass off. 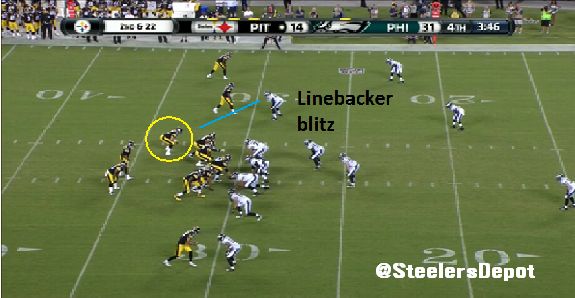 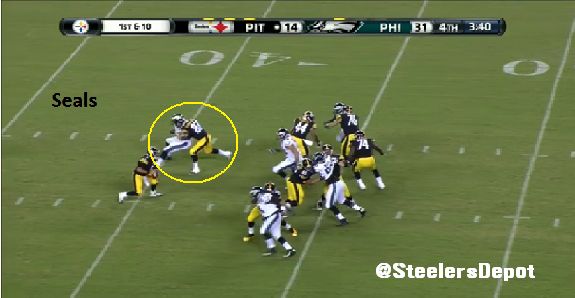 1. 1st and 10, 3:37 4th. Limited amount of snaps to work with here and I really only saw one negative snap. Bubble screen to Darrius Heyward-Bey. Blanchflower releases into the flat to block but doesn’t pick anyone up. Two defenders in the area but Blanchflower is indecisive, never locking in on any one player.

Aside from what happened during the plays, Blanchflower entered with the second-team in a two tight end set with Michael Palmer. In one tight end sets, the rookie was the lone tight end. That’s an encouraging sign and just clouds the #3 spot even more although I’d reason the team was taking advantage of its first long look at a healthy Blanchflower.

It may not indicate the team has penciled him into that spot; rather, just granting him a chance to see what he can do with more extensive work.

I don’t think his run blocking was dominant or anything that blew me away but it had improved. Doing a better job of staying on his feet and sticking to his blocks.

Limited work as a route runner. Two of them were simple drag routes that didn’t tell me much. A third came on Martavis Bryant’s touchdown, the ball coming out quickly.

He’ll likely get his best opportunity to showcase what he can offer tonight. Still, trying to see how a 7th round rookie that has missed a lot of practice can make a 53 over two veterans seems relatively implausible.