My fourth attempt at predicting the Pittsburgh Steelers’ 53 man roster before we kick off tonight’s third preseason game against the Philadelphia Eagles.

Feel free to add in with your input below.

Analysis: Removing Tauren Poole from the list. He’s a better practice squad candidate. If LeGarrette Blount starts tonight’s game as the upback on kick returns, you can certainly cross Poole off this list. It’s rare for the team to carry just three running backs but no one else here can justify a spot. Don’t be surprised if the Steelers’ scour the waiver wire for a fourth back. Pro player personnel scouts exist for a reason. Perhaps after Warren gets back and they can offer a non-guaranteed contract to a vested veteran.

Analysis: Same as last time. We’ll call him a fullback to please the old-school purists, but Johnson will be a Swiss Army knife in 2014.

Analysis: I do have a small bit of temptation to place Darrius Heyward-Bey on here to serve on special teams but I’m not convinced he’d be active without an injury. Being a #4 gunner isn’t enough to earn him a hat. I still expect Bryant to be inactive more often than not.

Analysis: Still no changes here. Comes down to Paulson versus Michael Palmer. Paulson has been healthy, received more snaps, and Mike Tomlin has a thing for 81.

Analysis:  Any idea of Bryant Browning making a push disappeared following his injury. The Steelers need to be looking for a swing tackle at cut down date. Mike Adams shouldn’t play a snap for Pittsburgh.

Analysis: Add Keisel, remove Josh Mauro. There is a chance the rookie from Stanford finds his way onto the roster but the Steelers haven’t kept five defensive ends on their opening roster since 2010. With McLendon and McCullers being able to work as nickel ends, Mauro doesn’t have much of a role anymore.

Analysis: Jordan Zumwalt continues to pose zero threat to any of these five.

Analysis: Last spot comes down to Jones vs Vic So’oto. You could make a case for either but I’ll take Jones. Better upside and I saw more in practice out of the rookie than So’oto. Until there was less than a minute left in the game Saturday, no one had So’oto on their roster. One nice play won’t change an overall quiet preseason. So’oto does still have practice squad eligibility, too.

Analysis: List hasn’t changed from my pre-camp attempt. Barring anything catastrophic, McCain looks to have a great chance to make this team,

Analysis: Ditto with this position. The Jordan Dangerfield bandwagon has come to a screeching halt.

Analysis: Not like I have any other options. But an outsider could still take this spot. Want to see more consistency out of Wing.

Analysis: Warren’s injury makes this situation tough and no team wants to carry two long snappers. But they don’t have much of a choice. Warren’s injury isn’t severe enough to IR him, fully or with a designated to return tag, releasing an injured player who underwent surgery outright could anger the NFLPA, and an injury settlement doesn’t make sense here either because of the six week period the Steelers would have to wait to re-sign him.

Obviously, as soon as Warren returns, Ingram will be released and a roster spot will open back up. Makes this 53 fluid.

Analysis: The biggest shakeup on my roster comes with the practice squad. Still have three draft picks failing to make the roster with two UDFAs latching on. The expansion to ten spots allows teams to double up at positions. That’s how Eric Waters earned his spot due to the intrigue that still exists. Facing him as a “move” in practice will serve the team well when they play teams like Cleveland and Cincinnati.

Poole and Mauro get shuffled down to the practice squad. Hebron Fangupo becomes a nose tackle for the scout team. With the Steelers only carrying five wide receivers, Moye does land on here. Smith is a hunch but his versatility makes him an asset for a scout team defense.

Taking Chris Elkins off the practice squad as a healthy lineman who didn’t play a single snap on offense last week.  Dangerfield and So’oto go the way of Marshall McFadden or Brian Rolle; mildly surprise outright cuts that you’ll get every year.

Remember one spot could become available if one of these ten are promoted to the 53 following Warren’s return.

Last section we’ll add is an attempt to project some of the special teams’ units. That plays a major role in shaping the 53 and who is inactive.

I had planned on making Brice McCain inactive but without him, there isn’t a strong candidate to be a game day backup gunner in the event of injury. Perhaps William Gay but he hasn’t received work there in the preseason. 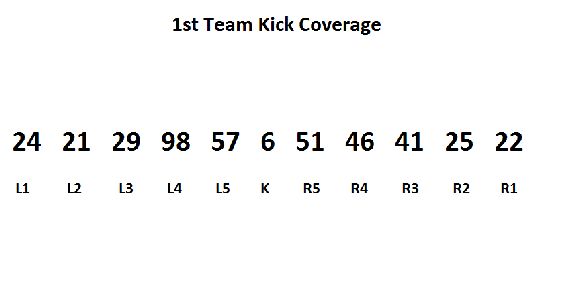 Will Allen can serve as a backup for the defensive backs with Arthur Moats and Ryan Shazier as backups for the linebackers.

My punt coverage is similar. 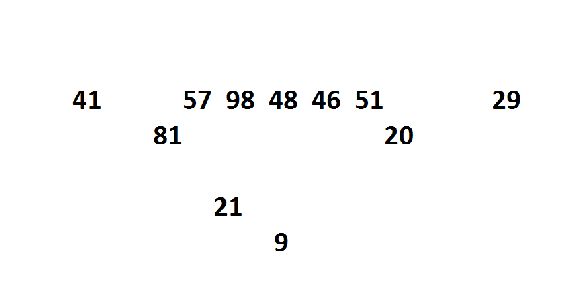 You could cycle out one of the linebackers for Arthur Moats if you wish, too. Again, able to keep Chris Carter off this unit, justifying him to be inactive. McCain serves as the backup gunner.

And to round it out, my kick return unit. 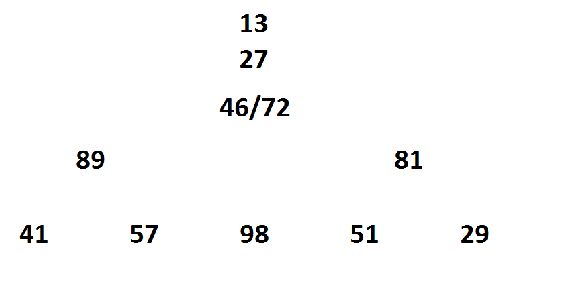 Only concern here is the inclusion of Matt Spaeth on this unit. But the only other plays to see time at that spot in the preseason are: Howard Jones, Ethan Hemer, and Michael Palmer. None of those guys on my active 53. So Spaeth it is. Perhaps you replace him with Will Johnson and have Stephon Tuitt be part of the wedge with Wallace.