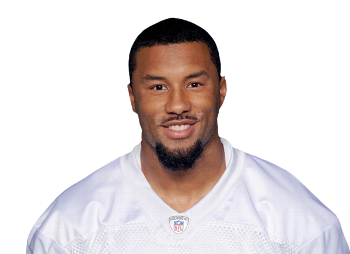 Yesterday, we reported that the Pittsburgh Steelers have interest in arguably the top cornerback on the free agent market, the Tennessee Titans’ Alterraun Verner. ESPN’s Scott Brown later wrote that a source confirmed the interest.

Today, Jason La Canfora is reporting that the Steelers also have interest in another free agent cornerback set to hit the open market in a little over 24 hours.

Pittsburgh is just one of several teams reportedly interested in Miami Dolphins cornerback Nolan Caroll, a former fifth-round draft pick in 2010. The Dolphins have already committed $32 million over four years to cornerback Brent Grimes this offseason.

Brown also reports that the Steelers have inquired about Carolina Panthers cornerback Captain Munnerlyn. The Panthers are busy trying to retain many of their own this offseason, and Munnerlyn could slip through the cracks.

Caroll and Munnerlyn, of course, don’t figure to be nearly as costly as the top end of the cornerback market, which is where Verner will assuredly fall.

Last season, Caroll started 12 of 16 games for the Dolphins, making 47 tackles and intercepting three passes, adding two sacks to the mix as well. He also had a career-high 11 pass deflections in just over 800 snaps.

In 90 targets, he allowed 43 catches for 640 total yards, according to Pro Football Focus, giving up two touchdowns for a quarterback rating when targeted of 65. He is also an efficient tackler, missing only three tackles during the year.

Munnerlyn registered 74 tackles to go along with two interceptions, a forced fumble, and three and a half sacks in 2013. He has seven interceptions in his five-year career, including four in the past two years.

Last season was the first time in which he started all 16 games, but he has 50 total starts in his career. He also just so happens to be among the more efficient tacklers at the position.

There is a constant flurry of reports from various sources claiming such and such team has interest in such and such player during this time of year, but it would be hard to ignore a pattern emerging this offseason.

The Steelers have already been linked to three free agent cornerbacks, and they are also known to have met with most of the top cornerbacks in the draft, including arguably the head of the class, Justin Gilbert.

With Ike Taylor entering the final year of his contract and the team officially giving up on Curtis Brown, it’s clear that the position needs to be addressed.

The Steelers very rarely ever land a high-money free agent. They are very rarely even linked to being interested in one. Realistically, Caroll and Munnerlyn might bemore practical targets this offseason for Pittsburgh than Verner, even if the Steelers can claim to have two of his former coaches on staff in Mike Munchak and Carnell Lake.

But there are other potential free agent targets to look to as well, such as Tarrell Brown, Walter Thurmond, and, as Alex Kozora wrote this morning, Corey Graham from the Baltimore Ravens. The depth behind the top three cornerbacks on the roster combine for virtually no playing experience, nor pedigree.