A Pittsburgh Steelers player by player recap, grouped by position, reviewing the 2013 season. Getting closer to the end. Due up, the specialists.

Shaun Suisham: Kicker is a position fans tend to toss barbs at but it’s difficult to fault Suisham. Aside from a tough game against Oakland, and to put all the blame on him for the loss is asinine, he didn’t miss a kick. Finished the year 30/32. In Weeks Six and Seven, he was the offense, accounting for 26 of the 38 points put up by the Steelers. Obviously, including a game-winner against the Baltimore Ravens.

He doesn’t have a monster leg,; his long was 48 and he didn’t record an attempt from beyond 50. Touchbacks are relatively uncommon as well. But not only has he survived in the harsh confines of Heinz Field, he’s thrived. Since a down 2011 campaign, Suisham is 58/63, or 92%. Only two misses at home over that span. Even the surliest Steelers’ fan can’t dog that stat.

Plus, he picked up seven tackles. That’s more than Chris Carter. Kickers are people, too.

Suisham is signed through next season.

Mat McBriar: McBriar was signed after Mike Tomlin became fed up with Zoltan Mesko’s junior varsity performance. By comparison, he was serviceable and the consistency was welcomed. But by comparison, his numbers were way down. His 41.3 average was the lowest of his career by nearly a yard. Despite the Steelers’ solid coverage unit, his net was also as bad as it’s ever been, 35 yards.

The highlight of his season easily occurred on his 30 yard chuck to David Paulson against the Green Bay Packers.

A free agent, McBriar could be brought back as competition but is clearly on the downswing of his career. A new face with a better leg would be ideal.

Brad Wing: Wing has that leg teams seek. Unfortunately, his ego is just as big. He had a superb two seasons with LSU, averaging 44.6 yards over that span. Born and first playing football in Australia, he was a First-Team All-American as a freshman with the Tigers. Nearly 75% of his punts went farther than 50 yards or were downed inside the 20.

So where’s the downside? It lies off the field. This real life Nigel Gruff was arrested in June of 2011 for battery and was suspended for LSU’s bowl game in 2012 for multiple positive drug tests. He left school for the draft, signing with the Eagles as a UDFA.

Coaches don’t have good things to say about his personality, either. In an article with the Milwaukee-Wisconsin Journal Sentinel (hyperlink: http://www.jsonline.com/sports/nfl-ponders-punters-future-rt9i5hp-204603711.html ) one special teams coach said,

“I interviewed him at the combine. I think it was all con. I don’t think this guy is remorseful for any of it.”

“Our team wouldn’t even consider him…When you have multiple violations is when you start to worry.”

This does make his signing a low-risk endeavor. He has an offseason, full of free time, to keep his head straight and prove to the team he can fall in line. If he fails, he’ll be released without the team missing a beat. If he sticks, he may enter training camp as the favorite. Low risk with a good chunk of reward.

Greg Warren: Usually long-snappers are an afterthought. Perceived as mindless drones who snap, head to the bench, and repeat over the season. Unless one gets injured, as Steelers’ fans can attest to, they receive zero attention.

But Warren struggled mightily in 2013. Could, and really should, be his final year.

The first issue came in the first meeting with the Cleveland Browns. Poor communication pre-snap on this punt, leading to Warren and Robert Golden double-teaming the same defender. Free rusher directly up the middle. Tough to discern who is at fault, Warren or Golden, and admittedly, the upback is usually responsible for the calls, but an error that nearly cost the team nonetheless. 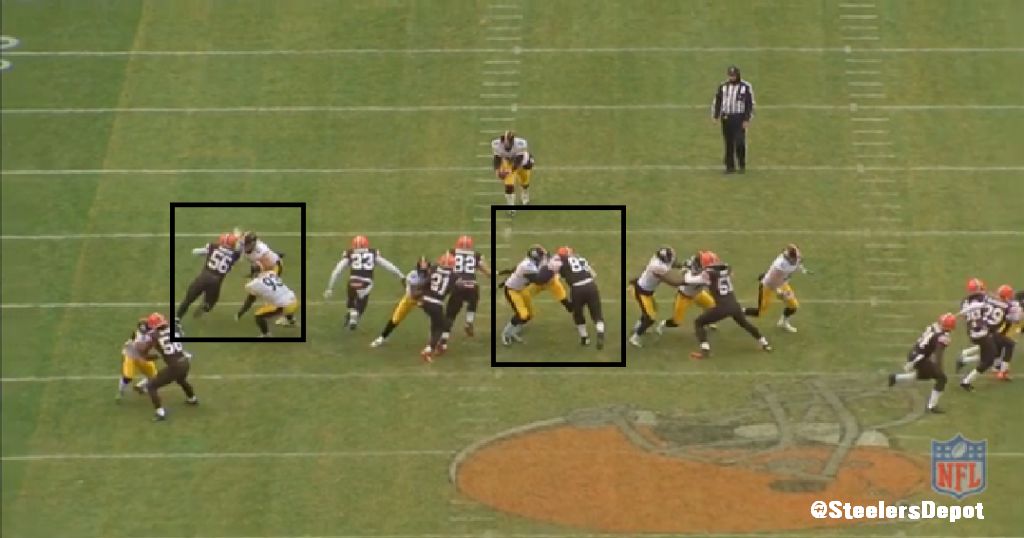 Versus the Miami Dolphins, McBriar’s punt was blocked. Partly due to good scheme from Miami (sending two rushers through one gap) but Warren sliding the opposite way from the rush. Left Golden to block two defenders, an impossible assignment. 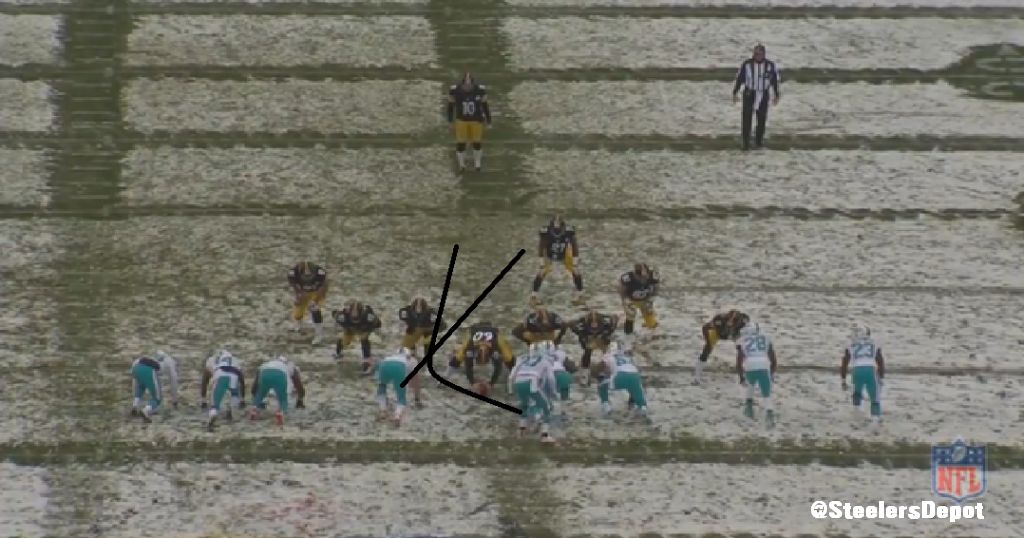 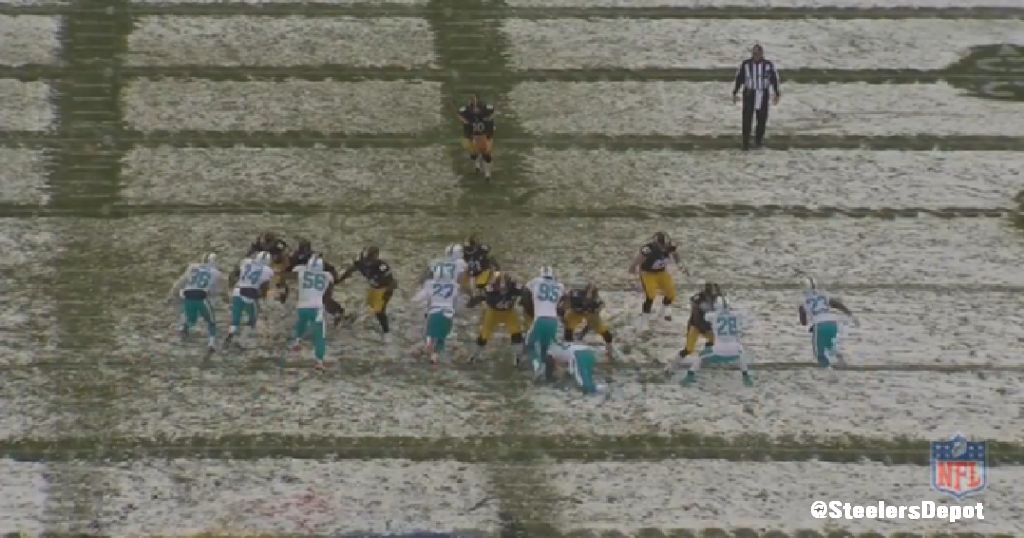 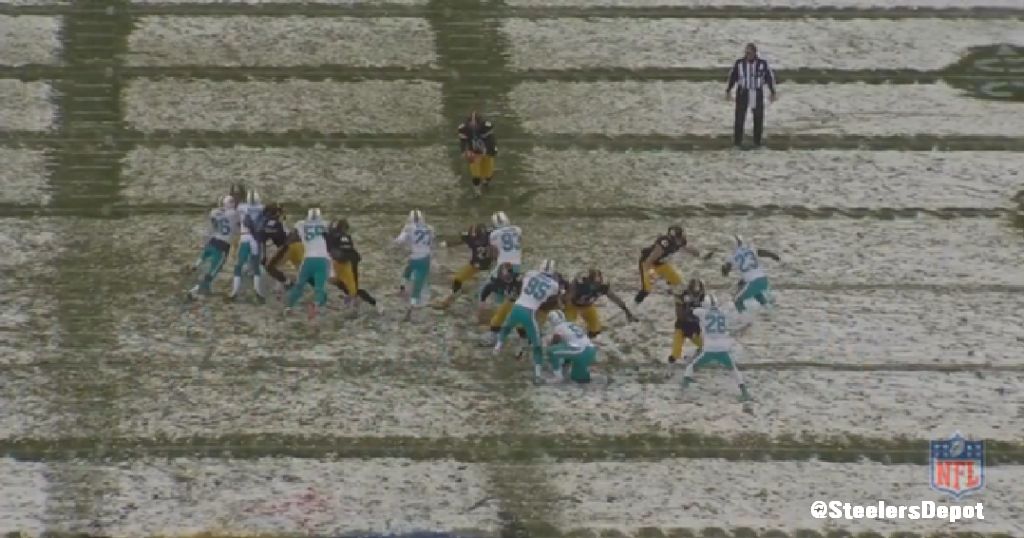 Later in the game, the Dolphins run the same concept, and Warren slides with them. But he isn’t able to get in front and is beat. 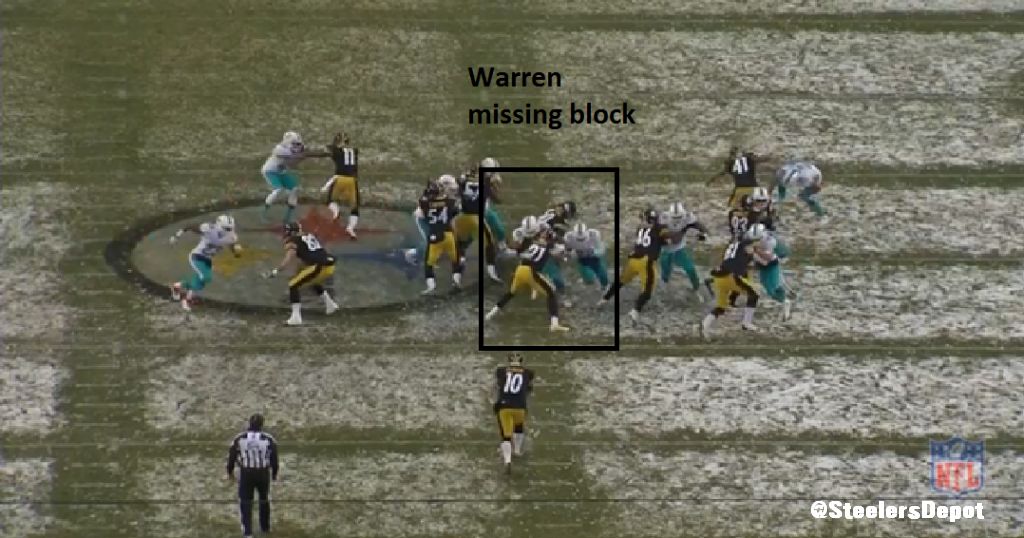 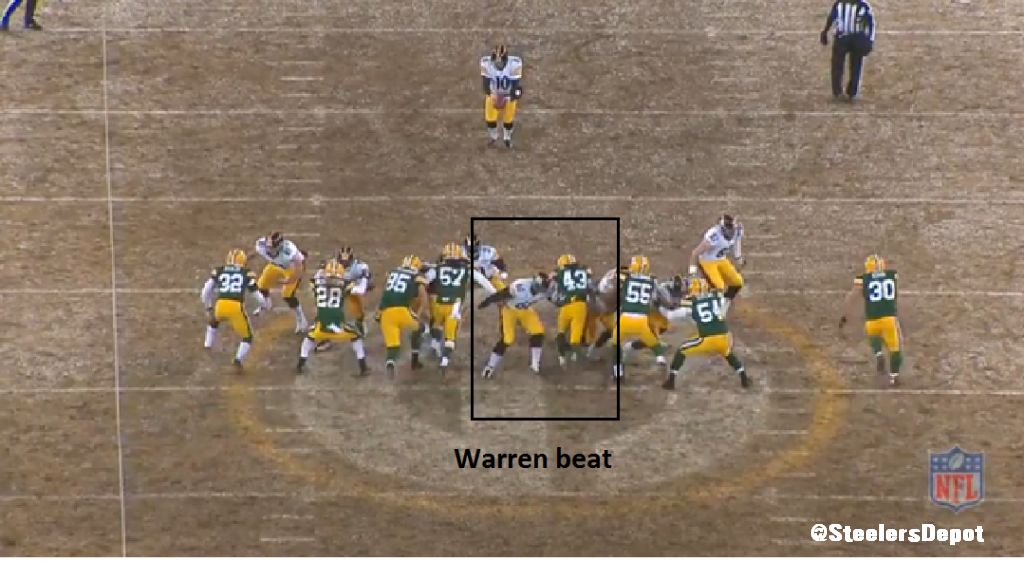 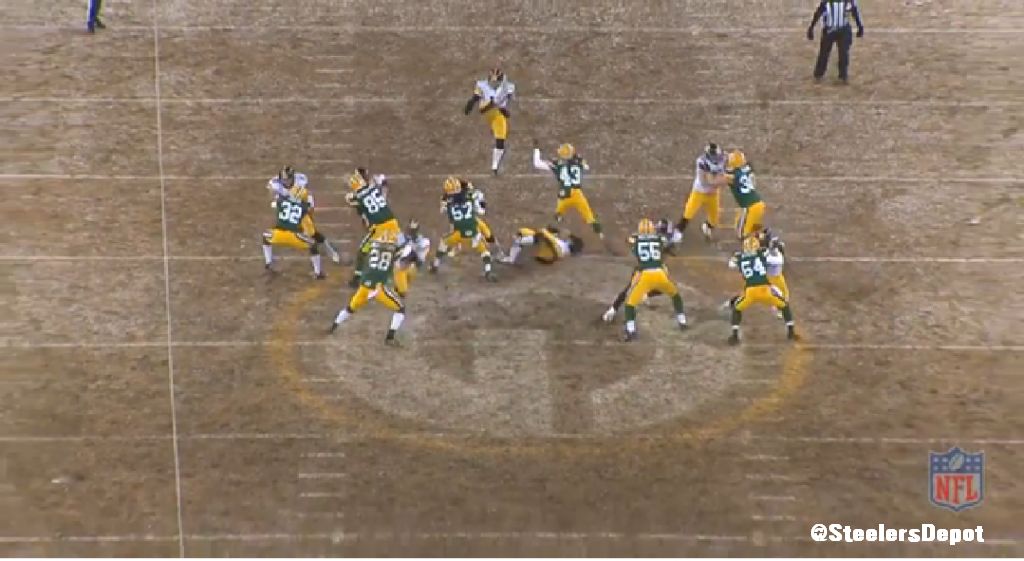 Even from a coverage standpoint, there were blips. Not enough spacing between him and Jason Worilds, creating a big gap for Julian Edelman to burst through. 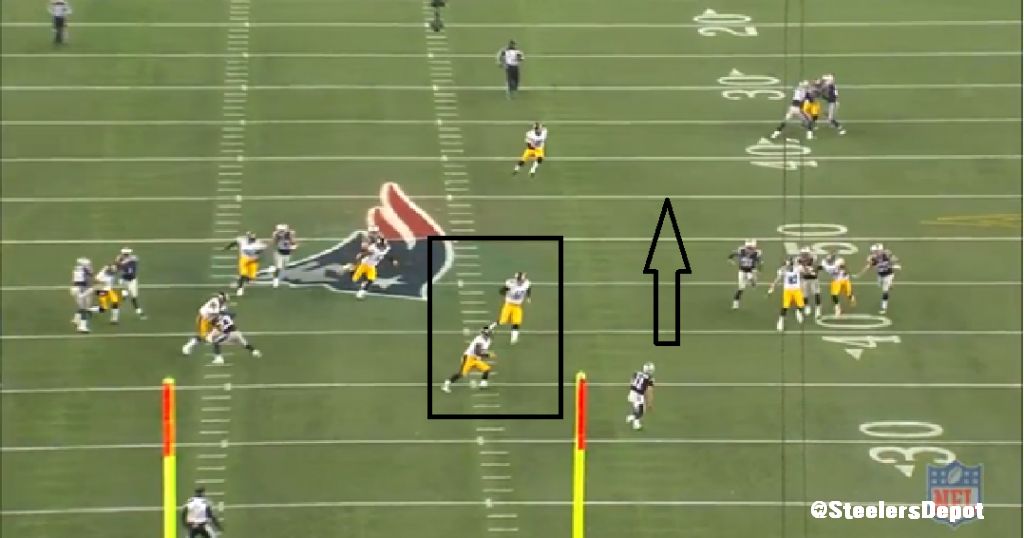 That inconsistency is not going to cut it at this position. Margin of error is just too small.

Some had speculated Luke Ingram could have pushed Warren in camp. Due to injuries to other units, no one got a chance to find out that answer. But this year, with Warren a free agent, expect a new face snapping to the kicker and punter.

Bryce Davis: Hailing from Central Oklahoma, Davis signed a futures deal. He logged time with the Cincinnati Bengals previously. He’s got 40 pounds on Warren, listed at 6’3 245.

Antonio Brown/Felix Jones: Lumping these two together because of the dichotomy. Brown was an electric punt returner, averaging over 12 yards a return and housing once versus the Cincinnati Bengals. Jones, on the other hand, plodded his way to a 22.2 average with a long of 42 yards. Being a return man for Coach Tomlin is a huge sign of trust but players like Markus Wheaton figure to get a crack returning kicks in 2014. A spark would be a welcomed addition.