In the third quarter of the Sunday loss to the Miami Dolphins, Pittsburgh Steelers safety Ryan Clark was assessed a personal foul penalty for hitting running back Daniel Thomas after a catch. Referee John Parry claimed that Clark hit Thomas while he was defenseless.

“That’s a real iffy call,” said Fouts, while watching the replay. Eagle then asked his broadcast partner, “Is that reputation based?”, to which Fouts responded, “Absolutely.”

So, what kind of reputation does Clark have, exactly? During his 11 years in the league, he’s been penalized nine times for unnecessary roughness and twice for personal fouls. Unless I missed one, he’s been fined twice for hits to the tune of $55,000 and both of those came in back to back weeks during the 2011 season.

I have posted some still shots and an animated gif of the play in question so you can judge for yourself.

As for the way that Clark hits and tackles, Steelers head coach Mike Tomlin said Tuesday during his press conference that he doesn’t have any issues with it when Clark’s technique was questioned.

“Fundamental tackling is a central part of good defense and I’d probably beg to differ with that characterization of Ryan Clark’s tackling techniques,” said Tomlin. “I think that he’s a very good technical tackler and has a very sound approach to his tackling.”

We will find out in a few days what the league thinks of the hit as Clark will know very soon whether or not he was fined. You can bet he won’t be quiet about it if he is. That’s part of his reputation as well. 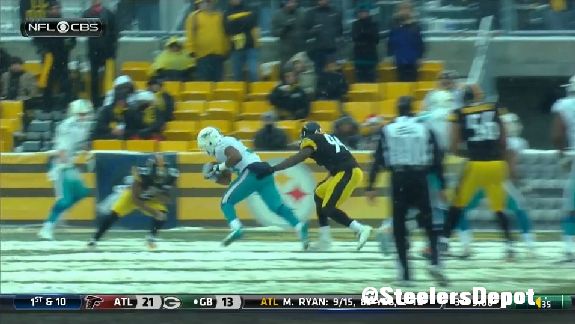 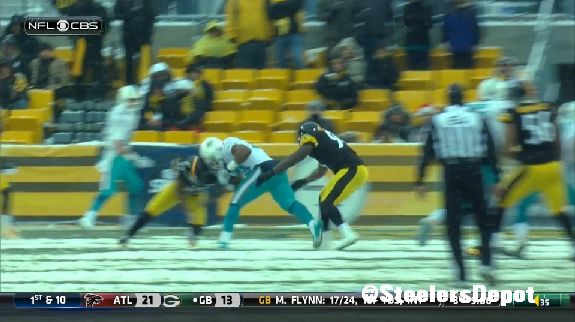