Not that it matters at this point, but several have asked if the lateral from Pittsburgh Steelers quarterback Ben Roethlisberger to wide receiver Antonio Brown, during the wacky final play against the Miami Dolphins, went forward.

The camera angle of course makes it really tricky to tell, so I invite all of you geometry majors to have at this one with your fancy lines and calculations. I think it went forward.

As for Dolphins defensive coordinator Kevin Coyle, he thinks it went forward as well.

“I believe that the last lateral was forward, if you look at the tape,” Coyle said of Roethlisberger’s pass to Brown on Monday. “Not by much.”

How horrible would it have been had Brown not scored and the play wind up getting overturned after an official review? At least we knew pretty quick that Brown indeed stepped out of bounds.

Why are we talking about this? Because this is what bloggers of 5-8 teams write about when the season is over with three games remaining. It’s in the official handbook. 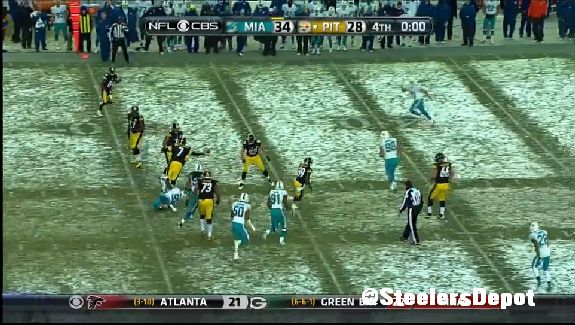 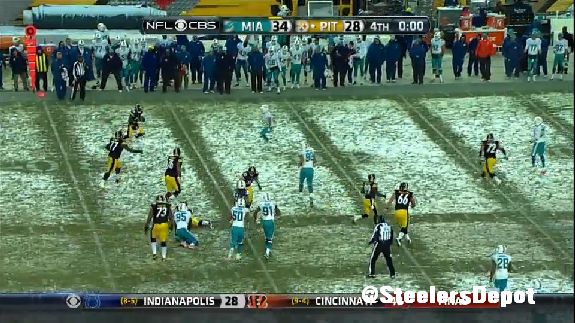