A breakdown of the snaps played by Pittsburgh Steelers reserve offensive lineman Guy Whimper versus the Buffalo Bills.

4. 1st and 10, 14:16. Marcell Dareus with good first punch and knocks Whimper’s hands away, splitting him and DeCastro. Lucky for Whimper, the defender head up on DeCastro crashes inside and the right guard is able to turn his attention to Dareus, shoving him at the last second to let Ben Roethlisberger get the pass off.

6. 3rd and 1, 13:31. Heavy set with 1 WR, extra lineman (Mike Adams). Able to generate a good enough push on the right side to help Jonathan Dwyer pick up the first.

7. 1st and 10, 12:53. Lined up as the left tackle in an unbalanced line. Play was likely supposed to be a Jet Sweep lateral to Ben to throw but Emmanuel Sanders wisely decides to tuck and run. Confuses everyone though and Whimper looks around lost.

9. 2nd and 1, 11:32. Run. Base on DE. Good arm extension but defender able to shed. Keeps legs moving but not generating much power.

12. 3rd and GL, 9:29. T/E stunt and Whimper allows sack. Pointed it out in my sack breakdown so won’t rewrite the whole thing here but one new thing I noticed watching it again. Kyle Williams nearly jumps offsides and in doing so, tips his hand he’s at least going to split the “B” gap. Have to know it’s unlikely both the DT and DE will slant outside so have to assume stunt, on top of the tells I pointed out in my breakdown. 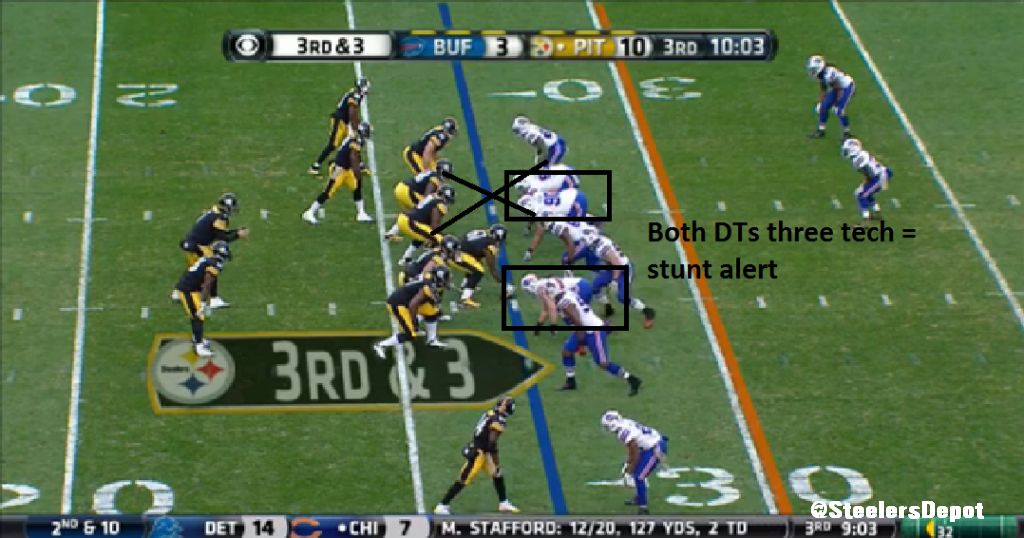 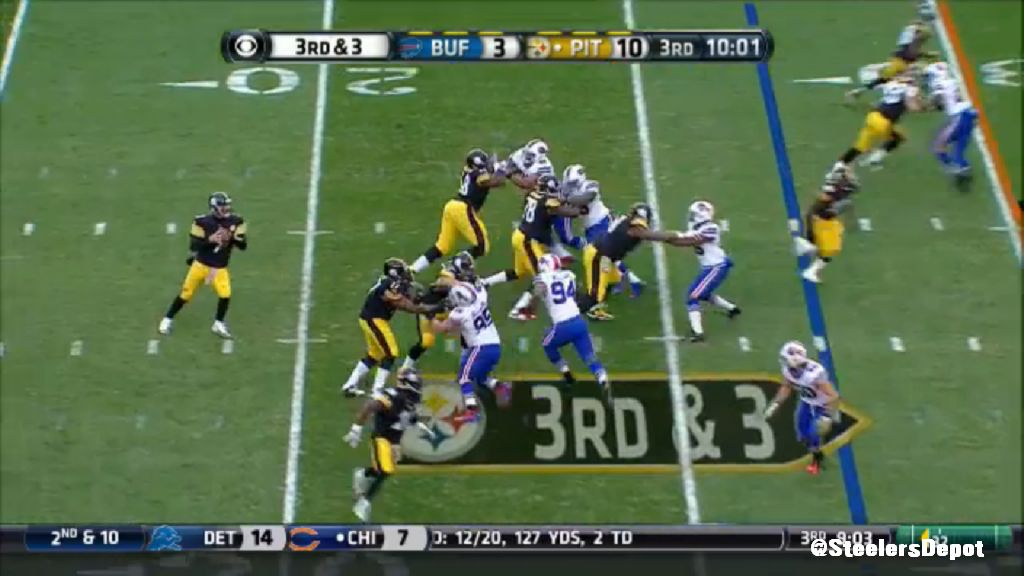 3. 2nd and 5, 4:33. Kyle Williams gets a good jump off the ball to the outside (left) of Whimper but run is to the right so it plays perfectly into Whimper’s hands. Just pushes him upfield.

2. 2nd and 9, 2:02. Screen to Heath Miller. Whimper tries to get out into space but pass falls incomplete. 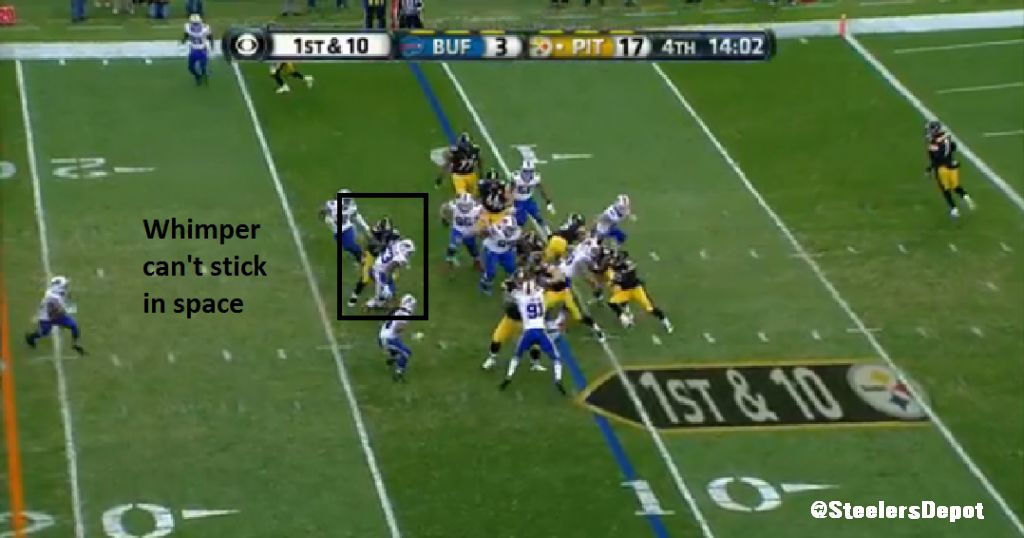 3. 3rd and 4, 12:42. DT drops, not much doing as Whimper tries to find someone else on his side to pick up. T/E stunt so has a hard time finding anyone until the looping linebacker basically runs into him. 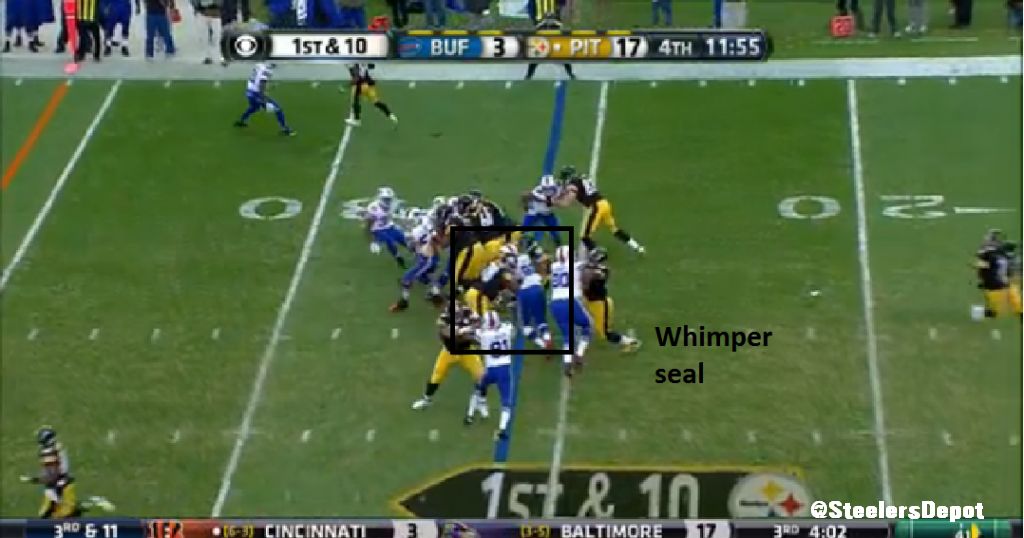 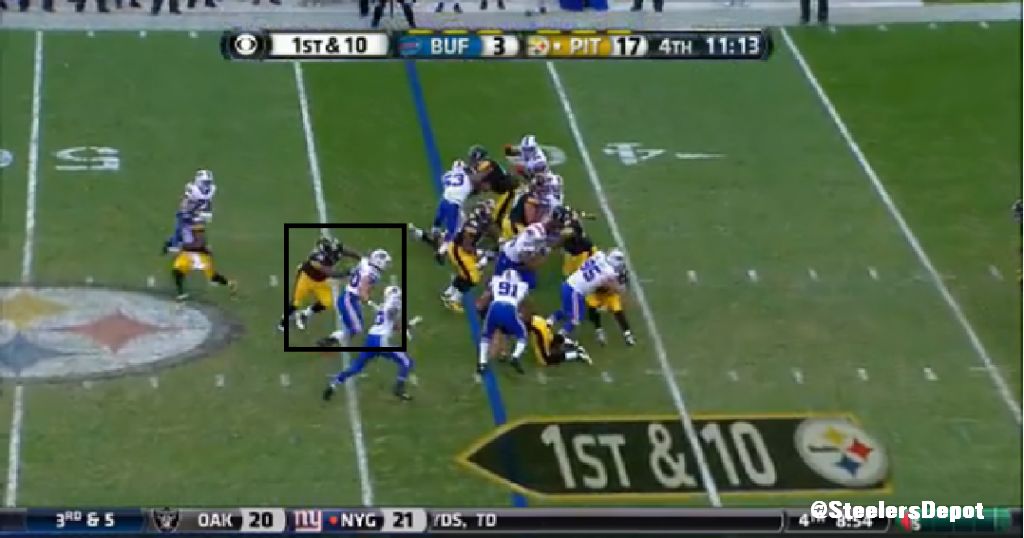 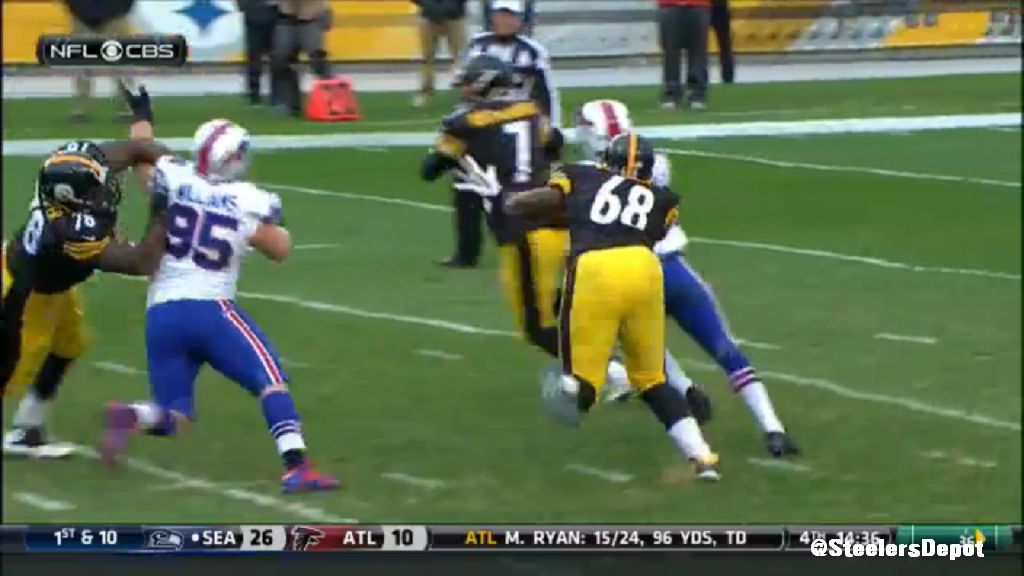 2. 2nd and 14, 8:51. Kyle Williams shaded 3 tech pre-snap, to the outside of Whimper. Quick hands lets him shed the left guard to the inside which is particularly disappointing. Looks stiff trying to move laterally. 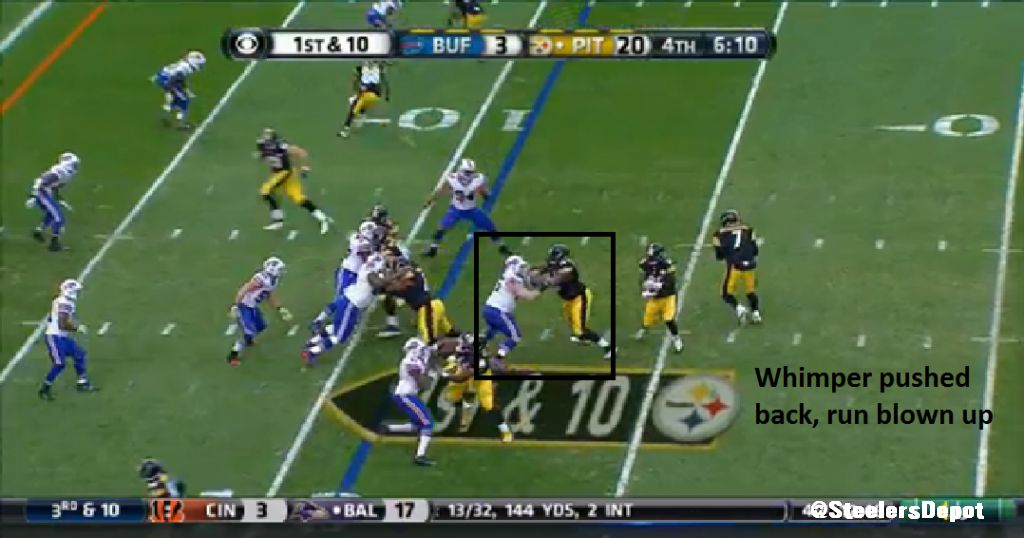 3. 3rd and 4, 4:44. Fade to Miller. Hard to say for sure but think Whimper picked up right blocker, LB coming up weak “A” gap. Bell ends up blocking Kyle Willilams but think that blown assignment is on Fernando Velasco. Whimper just trying to protect the middle. Velasco needs to pinch inside too. 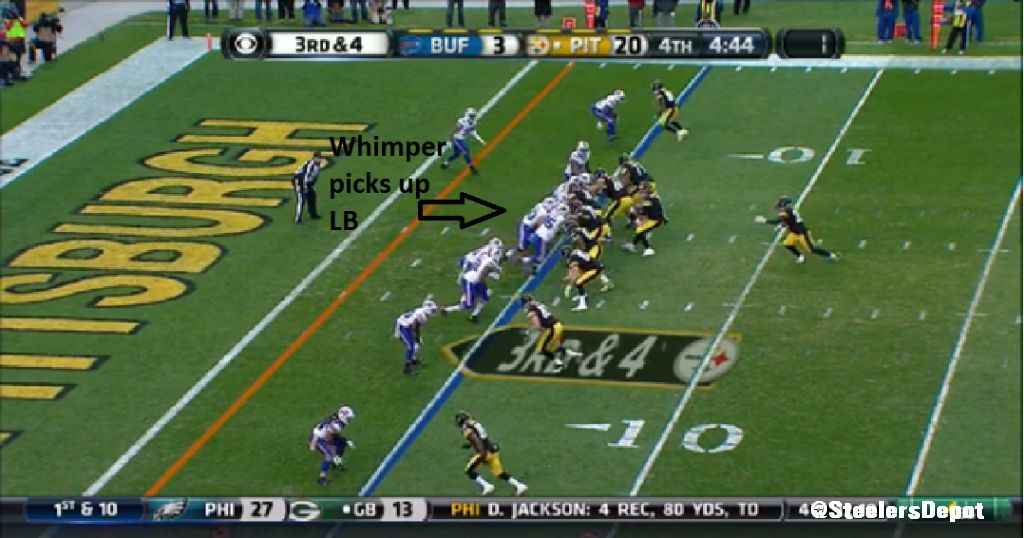 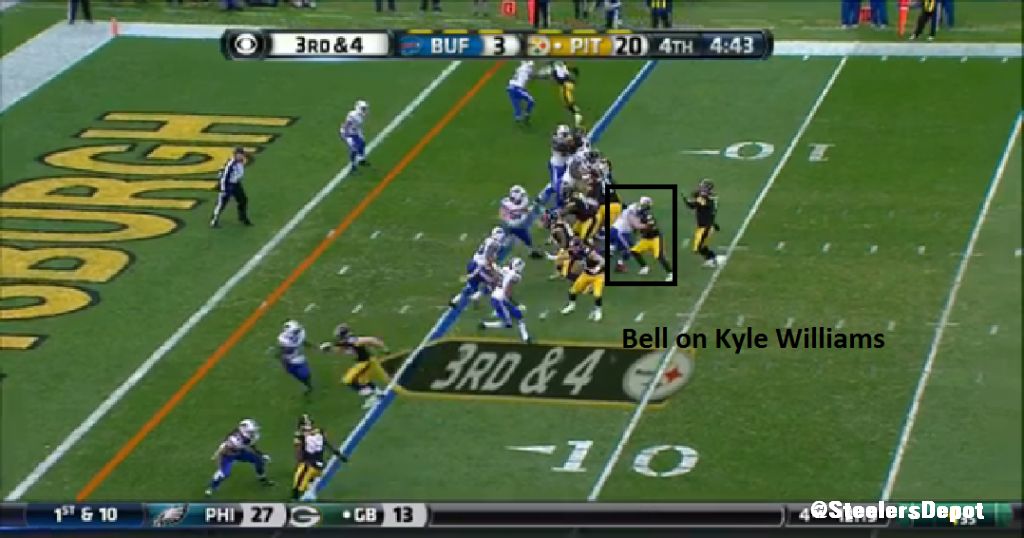 In the last three weeks, Whimper has been forced to play LG, RG, and RT. Such is life as a backup offensive lineman. And this week, neither spot looked too big for him. He looks much different than he did in the preseason and that’s for the better. But by that token, he hasn’t been anything more than average. Is stiff laterally and doesn’t get much of a push in the run game. Strength issue is a combination of upper and lower body (simply not being strong enough and not generating enough of a leg drive). Clearly doesn’t work well in space. But has been asked to do a lot and filled in better than expected.