While it is easy to point to the wasted timeout by Pittsburgh Steelers quarterback Ben Roethlisberger late in the loss to the Oakland Raiders as a bad time management situation, the offense also wasted another 44 seconds a few plays earlier in that same drive that nobody seems to be talking about.

Following the nine yard completion to wide receiver Antonio Brown, the Steelers offense was faced with a third down and one from the Raiders 31 yard-line. The subsequent play, a one yard run by running back Le’Veon Bell, began with 2:44 left on the game clock and it took the offense 34 seconds to snap the ball for the next play, which ended up culminating in a Roethlisberger sack.

Following the sack, the game clock ticked down to the two-minute warning and after 44 seconds were gone, the Steelers had all of one yard to show for their efforts.

Was a run really necessary on that third down and one? After all, it is four down territory and they were behind two scores. Why not something to the sidelines or further down the field. I am curious to know if Roethlisberger or offensive coordinator Todd Haley called that play.

Roethlisberger and the rest of the offense really showed no urgency inside three minutes left to go in the game and the wasted timeout a few plays later in the drive really doesn’t make one feel at ease when it comes to their ability to come back late in games moving forward. 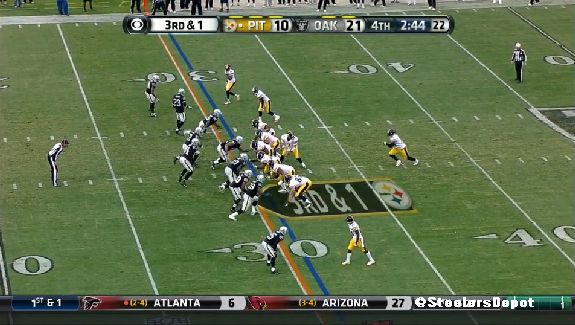 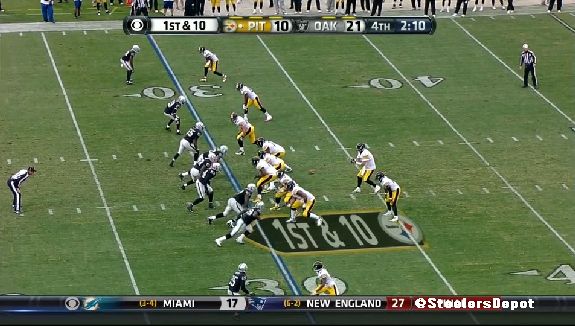