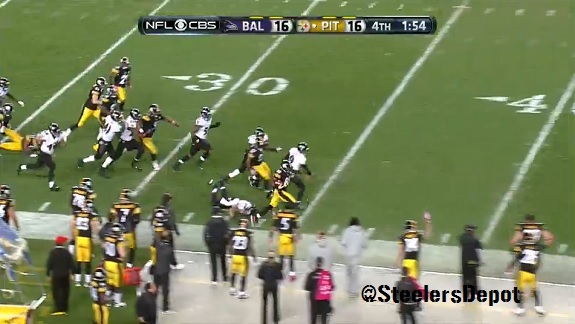 During the final kickoff return by Pittsburgh Steelers wide receiver Emmanuel Sanders this past Sunday against the Baltimore Ravens, the officials ruled that he stepped out of bounds at the Pittsburgh 37 yard-line and thus the touchdown was negated.

During his Tuesday press conference, head coach Mike Tomlin was asked Tuesday why that play was not reviewed.

“There was no official word,” said Tomlin. “What Bill [Leavy] told me, the white hat in stadium, is that there was no mechanism in place to review it based on how the play was officiated.”

Tomlin was then asked if it should have been automatically reviewed because it was a scoring play and the head coach offered the appropriate response.

As it turns out, Tomlin failed to notice the time remaining on the clock before the Steelers offense ran their first play of the ensuing series and screen grabs below show the team was indeed shorted eight seconds.

“I have no idea,” said Tomlin, when asked if the proper time had been put back on the clock. “I was too pissed to notice.”

That certainly isn’t a proper response and had the Steelers needed that extra eight seconds, you can bet this issue would be a big talking point right now, especially if they had lost the game.

The Steelers really should consider hiring someone to sit in the booth upstairs to monitor these kind of things along with other clock related issues and official challenges. Being pissed doesn’t cut it. 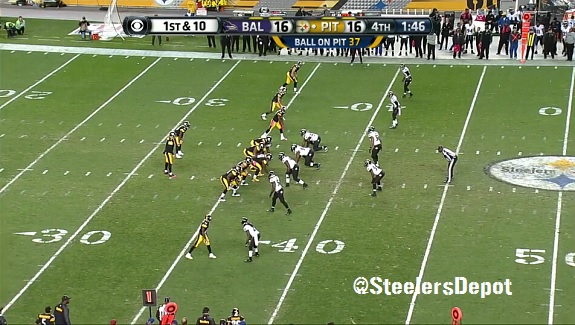