Below are the defensive player, play counts and participation chart for the Pittsburgh Steelers week 2 game against the New York Jets.

Nose tackle Casey Hampton played three times the amount of snaps that Steve McLendon did in this game and I found that a little surprising.

Larry Foote missed two plays due to being dinged up and that is when Brandon Johnson got his 2 snaps. Ryan Clark missed 1 snap after the hit on Santonio Holmes and Will Allen replaced him.

LaMarr Woodley was off the field for the 5 plays that the defense ran the 4-2-5 Big Nickel package.

By our count the defense was in base for 31 of 57 charted snaps. 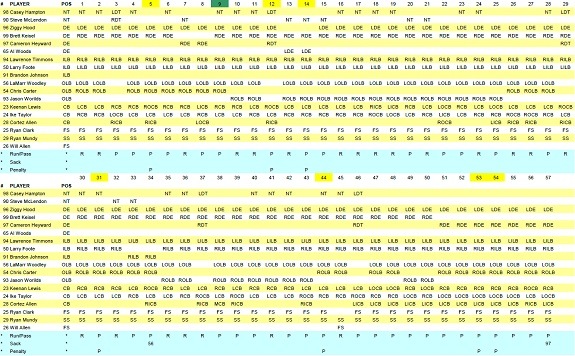