The Pittsburgh Steelers defense unveiled a new Big Nickel look on Sunday in their 27-10 win over the New York Jets when they broke out their 4-2-5 personnel group that featured four defensive linemen and no outside linebackers on the field.

Head coach Mike Tomlin was asked about this new sub-package grouping on Tuesday during his press conference. “We tend to lean on it from time to time because it provides versatility for us,” said Tomlin. “It allows us to match, from a personnel standpoint, in the secondary with skill but also maintain our big body presence in the run game.”

Now we have seen the other version of the Big Nickel last year against the New England Patriots when an extra safety and an extra cornerback were brought into the game in the form of Cortez Allen and Ryan Mundy to replace nose tackle Casey Hampton and inside linebacker Stevenson Sylvester.

The grouping of the Big Nickel that we saw Sunday against the Jets saw both outside linebackers come off and an extra defensive linemen come on in addition to an extra cornerback, which in this case was Allen.

In total this was spotted on five plays throughout the game with one of them being the 3rd down pass play that ended with inside linebacker Lawrence Timmons getting flagged for his hit on Jets quarterback Mark Sanchez.

While I am no Dick LeBeau, I am curious as to the reasoning why LaMarr Woodley was removed in that package. The same big front could have been achieved, and a much better pass rushing one at that, by leaving in Woodley as the 5,6, or 7 technique left end and kicking Ziggy Hood over to have left inside gap control.

2 of the 5 plays this grouping was used on came on 3rd downs and you would think that you would want your best pass rusher on the field. The fear of the run and the theory of the four man front I certainly understand, it is the personnel used in it that I have the biggest question about and perhaps LeBeau will be asked about this during his Thursday talk with the media.

I hope to have more on this later in the week as get deeper into my All-22 tape breakdown of the Jets game, but first wanted to get my early thoughts out on it as I continue to digest it.

Below are some stills from the 5 plays that the Steelers used the 4-2-5 on. 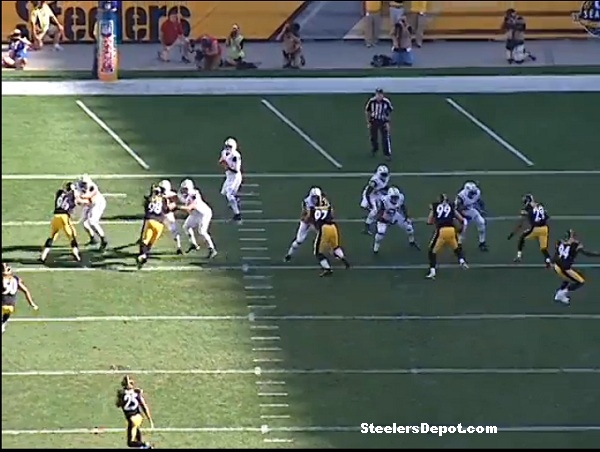 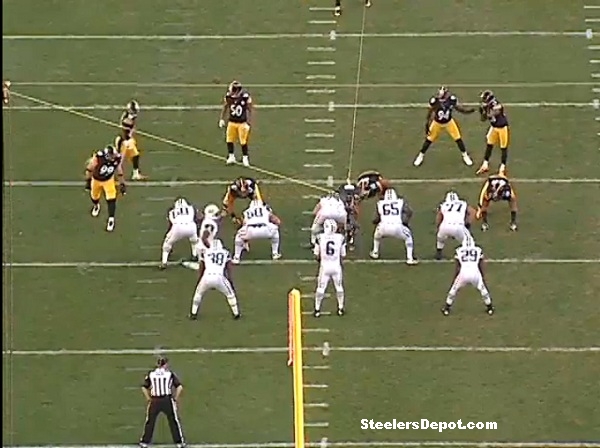 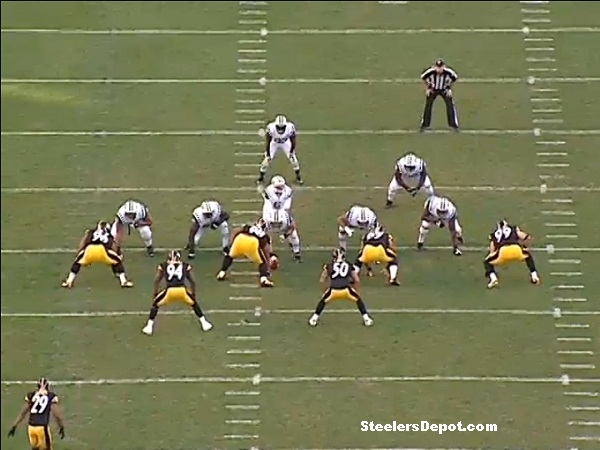 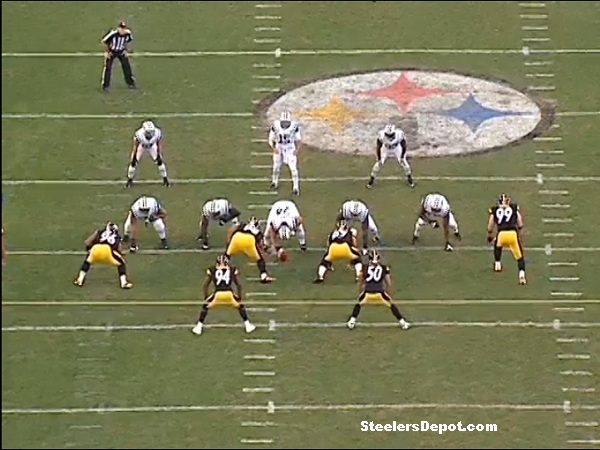 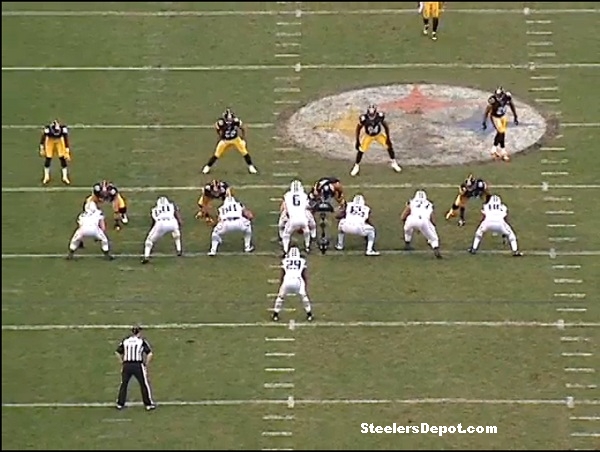