The 71 yard touchdown by Denver Broncos wide receiver Demaryius Thomas against the Pittsburgh Steelers was a huge turning point in the game and it started with an excellent hot read by quarterback Peyton Manning, who saw linebacker Chris Carter coming on the blitz. Safety Troy Polamalu admitted after the game that he made a bad decision on the play as he chose to go underneath tackle Ryan Clady instead of going over the top of him.

“I just under-pursued,” said Polamalu after the game. “I came under the block instead of going over the block. so, I made a mistake.”

Below is a breakdown of the play. 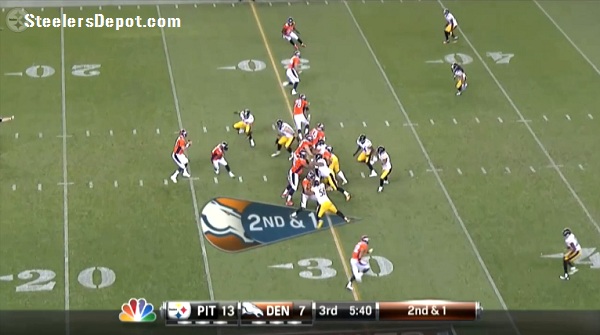 For starters, Chris Carter is already sucked in as he was coming on the blitz and fell victim to the run fake. and in no position to be in the passing lane. You can also see the first step of Troy Polamalu be towards the line of scrimmage. Ike Taylor provided a 10 yard cushion to Demaryius Thomas. 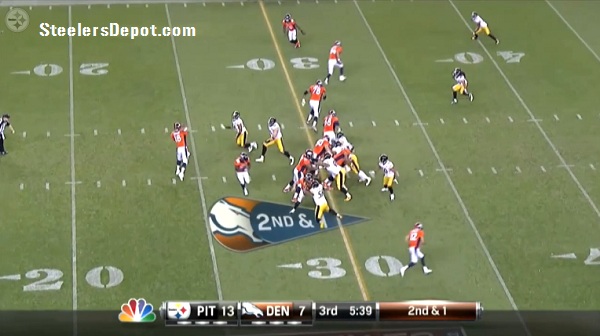 Taylor is still 10 yards off of Thomas as tight end Jacob Tamme starts his direction to seal him off. Tackle Ryan Clady has released in the direction of Polamalu with left guard Zane Beadles following to head out towards safety Ryan Mundy. 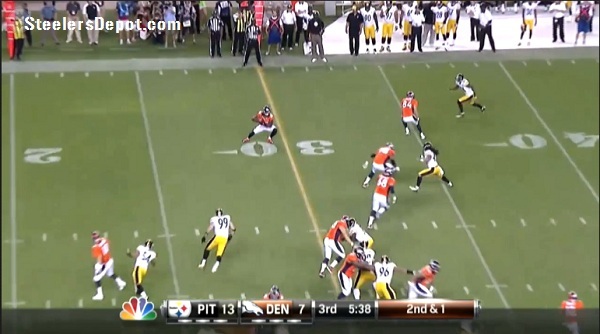 Taylor is still 7 yards away from Thomas here as Tamme has him squared up now. Polamalu at this point has committed to go underneath Clady as opposed to going over the top of him and this was a crucial bad decision as the lane on the numbers is about to open wide for Thomas. 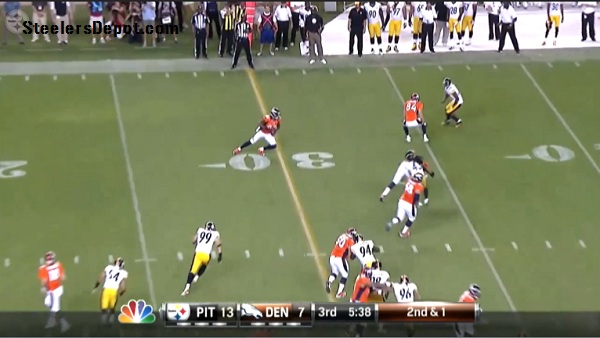 Polamalu is now behind Clady as Thomas has already started up the field. Taylor has yet to even take on Tamme, who is now in perfect position. 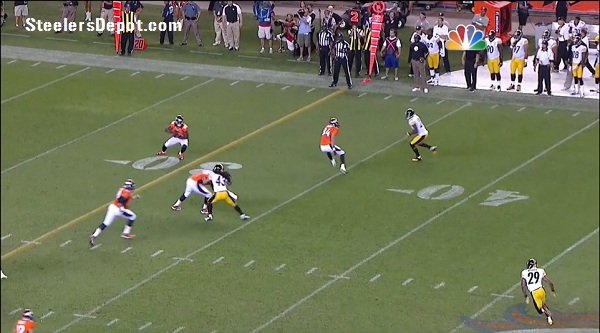 Here is the other angle of the Polamalu decision to go underneath Clady. 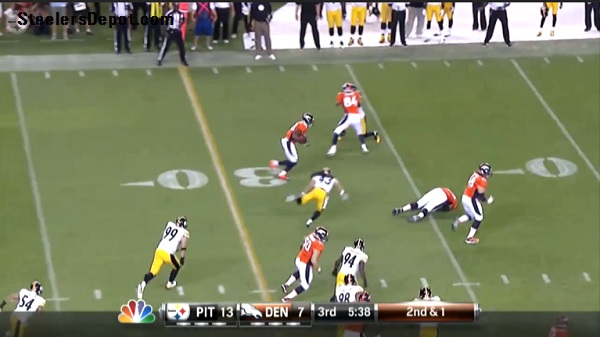 Tamme now has Taylor engaged and Clady has effectively impeded Polamalu enough, thanks to the decision by the safety to attack underneath. All that is left now is for Beadles to run interference on Mundy. 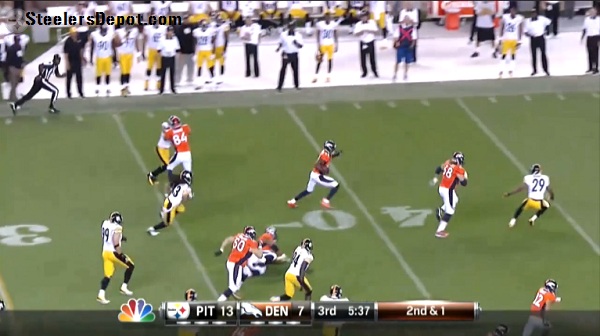 Mundy is out of position to make a play with Beadles closing in on him. 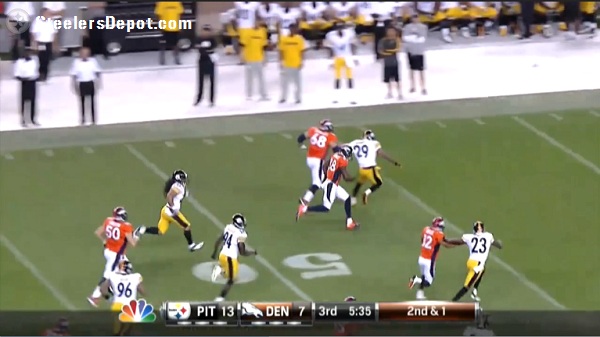 While Mundy has somewhat managed to stay ahead, he is no position to make the tackle and it does not help that Beadles has a firm grasp on him, which likely should have been called. Thomas now has nothing but open field ahead of him for the touchdown.