Below are the offensive personnel packages, play counts and participation chart for the Pittsburgh Steelers week 1 preseason game loss on Thursday against the Philadelphia Eagles.

Quarterback Ben Roethlisberger only played one series, 15 plays, as did center Maurkice Pouncey. Running back Isaac Redman and tight end Heath Miller also played only on the opening drive as well.

Before suffering his knee injury, David Johnson lined up at fullback 6 plays on the opening drive and Miller lined up as a fullback twice. 19 plays in total featured a player lined up at the fullback position. The offense also never rolled out any empty backfields and always had at least 1 tight end on the field at all times. On only 2 plays did the offense use 3 tight ends and both of those plays were runs. 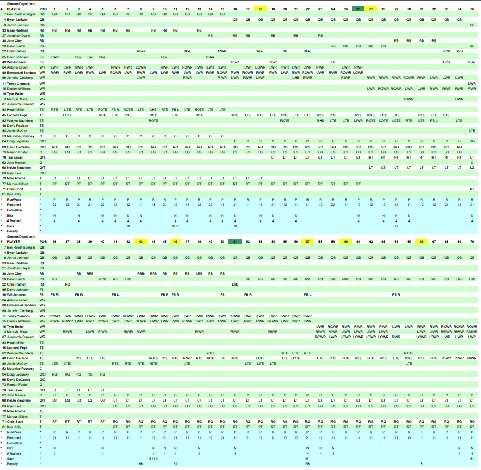