Below are the defensive player play counts and participation chart for the Pittsburgh Steelers week 1 preseason game loss on Thursday against the Philadelphia Eagles along with a few observations I made.

When Taylor exited, Cortez Allen took his place outside and slid inside to the nickel spot when the Steelers went into nickel. When that happened, Curtis Brown came in and played outside while Keenan Lewis manned the other outside spot. When Lewis exited after 22 plays, Walter McFadden took his spot outside, while Brown manned the other outside spot. Allen continued to come into the game at the nickel until both Brown and McFadden were done for the night.

When seventh round pick Terrence Frederick entered the game, he mostly played in the nickel spot as the Steelers were in that for the majority of the rest of the night.

Both Al Woods and Corbin Bryant saw over 30 snaps each and rotated sides. Rookie Alameda Ta\’amu saw all of 9 snaps at nose tackle after Steve McLendon exited the game, and as expected, he never was on the field when the Steelers were in their nickel.

Click on the image below to see the full PDF version of the defensive participation chart. 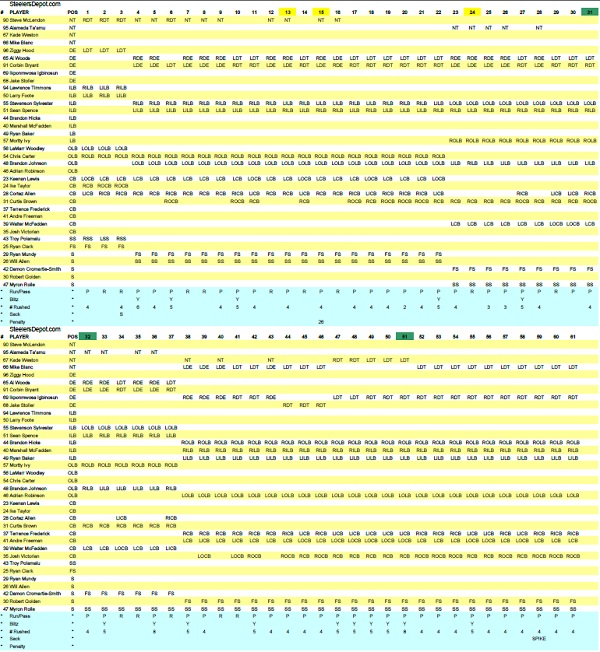