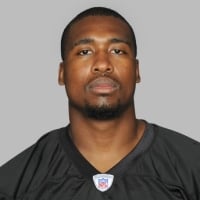 One player that I will be watching closely this preseason is Pittsburgh Steelers inside linebacker Mortty Ivy. Ivy, who was originally signed in 2009 as an undrafted free agent out of West Virginia by the Carolina Panthers, is believed to be out of practice squad eligibility now after stints on the practice squads of the Panthers, Miami Dolphins, St. Louis Rams and the Steelers. Should that indeed be the case, Ivy enters training camp in a do or die situation.

Last year in training camp there was a lot of buzz about Ivy and a few in the media liked his chances at making the Steelers 53 man roster. That did not come to fruition though and Ivy instead was signed to the practice squad to start the 2011 season.

After being released and then signed back to the practice squad in October, Ivy finally got his chance as he was promoted to the Steelers 53 man roster in late October due to James Harrison, Jason Worilds and James Farrior all being sidelined with injuries. He played just one snap on defense against the New England Patriots late in the game and also played on special teams.

With Farrior still down the following week against the Baltimore Ravens, Ivy once again dressed and only played on special teams. The following week Ivy was waived as Farrior was back healthy. After clearing waivers Ivy was once again signed back to the practice squad in early December and promoted back to the 53 man roster for the Thursday night game against the Cleveland Browns. He was credited with a special teams tackle in that game, but saw no playing time on defense.

Ivy would go on to dress the remainder of the regular season and play on special teams only where he added another tackle in the season finale against the Browns. Although on the 53 man roster for the Wild Card game against the Denver Broncos, Ivy was one of the seven inactives. He was signed back to the Steelers off-season roster after the season ended and has been present for all of the team activities since.

The Steelers released Farrior this off-season, but drafted Sean Spence in the third round of the April draft. With Harrison, Worilds, Lawrence Timmons, LaMarr Woodley, Larry Foote and Spence all locks to make the 53 man roster this season, that leaves Ivy set to do battle with 2010 fifth round draft pick Stevenson Sylvester for a roster spot, should the Steelers decide to only keep four inside linebackers. The Steelers could keep as many as 10 linebackers when they break camp, so that could be the saving grace for Ivy should he not beat out Sylvester. To earn a spot though he must show that he is a top special teams player in camp and in the preseason, a must for all back-up Steeler linebackers.

Ivy has been working out this off-season at Integrated Fitness in Pittsburgh and the time he has spent on the Steelers roster should give him an advantage over the younger undrafted players that he will compete against at Latrobe. With his practice squad eligibility perceived to be behind him now, his NFL career depends squarely on this upcoming training camp. It is do or die time for Ivy.