Steelers running back Rashard Mendenhall showed some good balance and hard inside running on his second touchdown of the day that ended up being the game winner against the Cincinnati Bengals. The play in question that I broke down below was on 1st and goal from the Bengals 9 yard-line with just over 2 minutes left in the 3rd quarter. The play is one of the numerous counter pike runs that the Steelers run. Below is a 10 picture breakdown of the play. You can see the full video replay here. 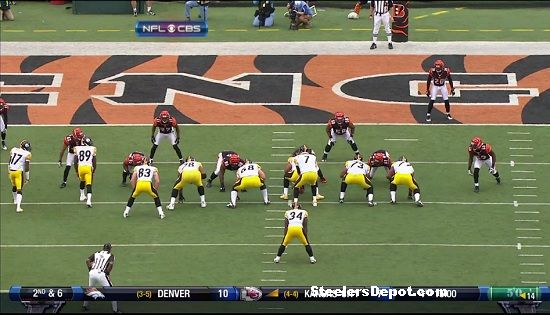 Steelers in 11 personnel with Mike Wallace, Jerricho Cotchery and Heath Miller lined up on the left. Antonio Brown is out of frame wide right with Mendenhall in the eye. 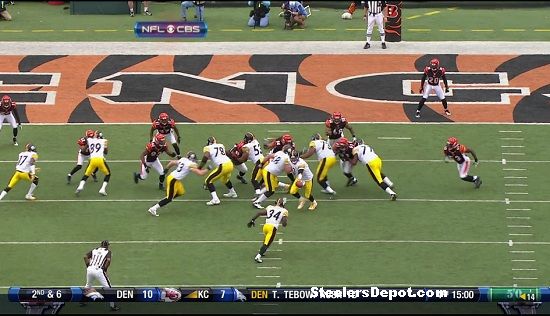 At the snap, Maurkice Pouncey turns out Pat Sims. Ramon Foster has duty on Domata Peko and Marcus Gilbert blocks down inside on Robert Geathers. Both Miller and Chris Kemoeatu start their pull to the right. Cotchery starts on Chris Crocker, but his main duty is to get to Gibril Wilson. 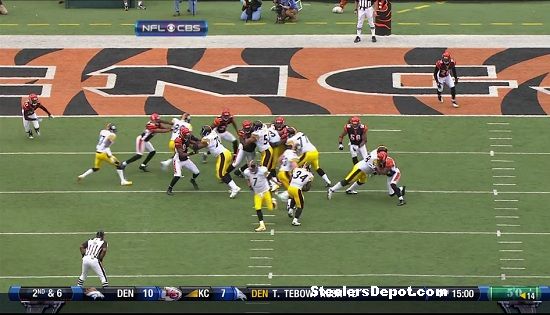 Kemoeatu completes his pull to seal out Thomas Howard while Miller heads to the hole to get the approaching Rey Maualuga. You can barely see Peko fighting off Foster in the middle, while Cotchery is almost to Wilson. 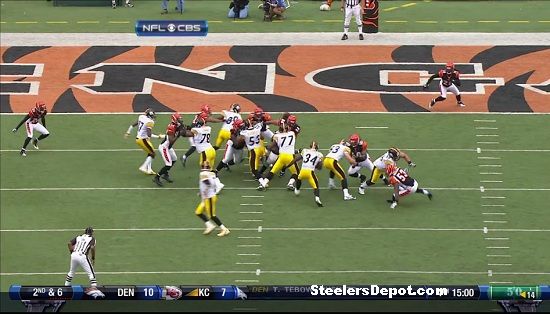 Not a huge crease, but Miller has a great angle on Maualuga. Kemoeatu has Howard taken care of and Peko has fought off Foster. 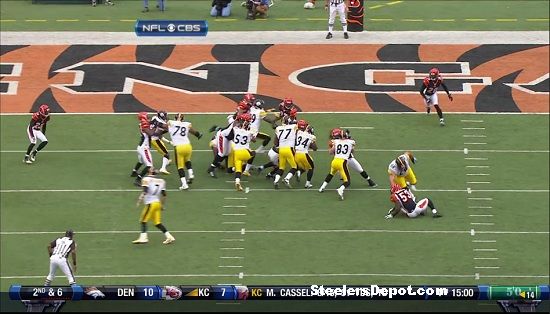 Mendenhall still has work to do and is about to bounce it to the right as Gilbert has allowed Geathers to fight back in the play. Cotchery has made to Wilson in the middle. Reggie Nelson, is approaching top right thinking he will need to make the play. 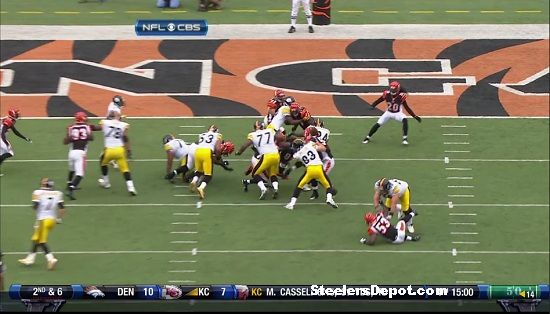 Mendenhall is into the Peko arm tackle while Cotchery starts drive Wilson in the center while shielding Crocker who has followed him off the snap. Nelson still thinks he has Mendenhall coming his way. Look at Kemoeatu, Miller and Pouncey all finishing. 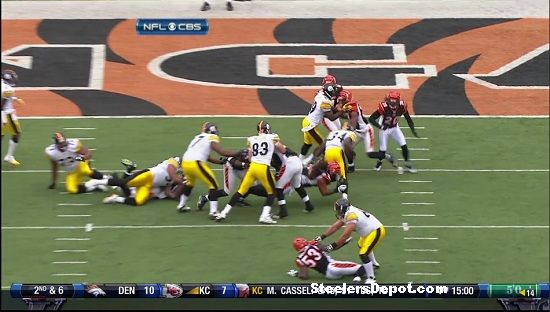 It looks like Peko will end up making the great play here, but Cotchery keeps working and is driving Wilson in front of Nelson while still shielding out Crocker. 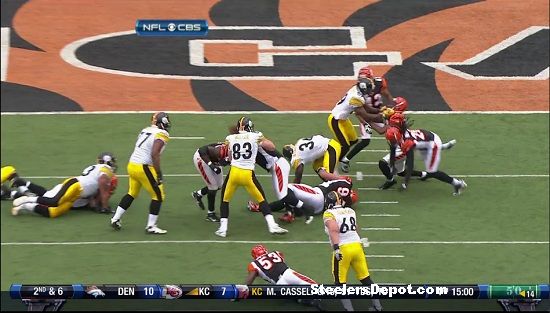 Mendenhall refuses to go down, while Cotchery now has all three Bengals blocked out. 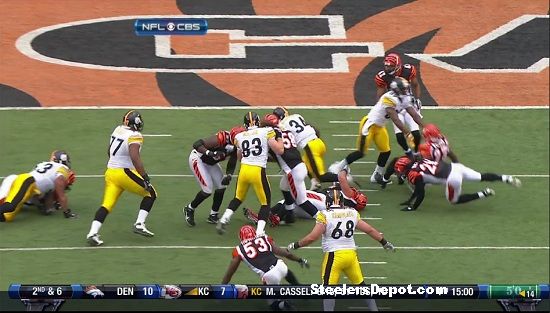 Cotchery has two of the three down and Crocker is still a bit shielded. 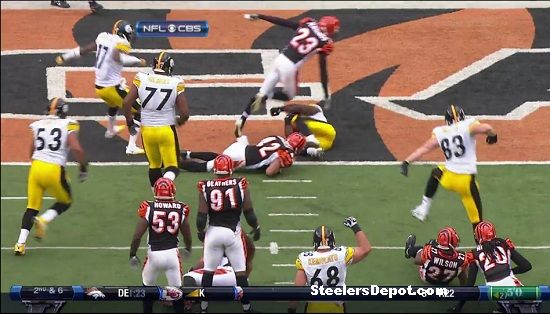 Both Croker and Kelly Jennings are too late and Mendenhall scores.