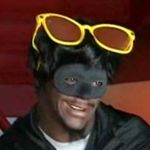 The news that rookie 7th round running back Baron Batch might have torn the ACL in his left knee today is sickening. Batch was having a great camp and was a near lock to make the 53 man roster as the 4th running back behind Rashard Mendenhall, Isaac Redman and Mewelde Moore. While Moore was certainly being pushed by Batch, it is unlikely he would have pushed him out of his roster spot. There is still no official word on the severity of the Batch injury, but early rumblings are he will be lost for the season.

After the news has now settled in, the speculation has started that the Steelers will immediately be in the market for another big name free agent running back to take his spot. Names like Clinton Portis and Tiki Barber have surfaced almost immediately on Twitter as possibly replacements. Personally I do not see this happening for many reasons. First off the Steelers only carried four running backs last year as Mendenhall, Redman and Moore were all regular hat wearers. Jonathan Dwyer was the 4th and he spent all but one game on the inactive list. His lone game action came against the Browns in week 17 as Moore was allowed to sit out to heal up for the play-offs.

Unless the Steelers have plans on cutting Redman and Moore, there is no need to sign a veteran back to sit on the inactive list. Backs like Portis and Barber are long past their days of being special teams contributors and that is another reason why they do not fit. Combine that with the fact that both would likely cost $1 million at the minimum and you can see why I think it will not happen. Portis would be better served waiting for a starter to go down. No way he signs for the minimum.

Although Batch was likely to make the 53 man roster, he would have been in a weekly battle for helmet as it would rely on how he plays on special teams. He was rumored to kick some looks as a kick returner, but now we may never know for a while what those contributions might have been.

What the Steelers will do now going forward is to further examine Dwyer, John Clay and James Johnson. If Batch has to be placed on injured reserve, I could see another undrafted type back or low level castoff being brought in to take his place. The Steelers will watch the transaction wire over the coming weeks and see if they can upgrade the 4th spot that way. That back will likely have to be special teams worthy and will have to come on the cheap as well for the cap strapped Steelers to be able to afford him.

There are a few out there that have yet to find a home during free agency and they include Patrick Cobbs and Mike Hart. They both should come very cheap and at least have some gameday experience. A few more backs will be cut loose as the weeks go by, so the Steelers have no reason to rush. Do not expect a big name as there is no need for one. Condolences to all you that wanted Southeast Jerome in the black and gold.