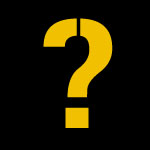 The news late Wednesday that Steelers left tackle Max Starks would be released on Friday came as a pretty big surprise and it threw a bit of uncertainty into how the Steelers 2011 offensive line will look. We have only scratched the surface of the free agent period and today will bring several more cuts around the league and perhaps a few by the Steelers. In addition, there likely will be a few signings included in the transactions.

Right now there are so many fluctuating variables with the Steelers offensive line that all we can do is speculate on those moving variables and that is exactly what I will do in this post. So let us have a look at them all.

Let\’s start with the interior line. The only thing I think we can say for certain is that Maurkice Pouncey will be the starting center. No speculation there. Chris Kemoeatu seems destined to be the starting left guard again and there is no reason to think otherwise at this point. I think we all agree that he needs to step up his game next season and thank God he does have to face Kyle Williams unless the Steelers meet the Bills in the playoffs. At right guard Ramon Foster will likely open camp as the incumbent, but there are no guarantees he holds the spot all camp. Doug Legursky could get another shot there and 6th round draft pick Keith Williams figures to get a long look there as well. Williams will be hampered by the missed offseason time due to the lockout, so it would figure that it would take one hell of a camp for him to win the job. The unknown commodity of second year lineman Chris Scott could also be an option inside, but only the Steelers know if he is tackle or guard material for sure. There is an outside chance that Trai Essex could be re-signed, but at this point I would say the odds are very much against that. The rest of the guard types on the roster are camp bodies. For now it looks like it is Foster\’s job to lose.

On we go to tackle where the even bigger variables are. Unrestricted free agent Willie Colon figures to be the biggest variable of all right now. Speculation is that the Steelers will indeed re-sign him now that they have turned Starks loose. If he is indeed re-signed, he almost certainly will be the Steelers right tackle as he has started 50 regular season games at the position. Next up is Flozell Adams. If Colon is re-signed, Adams and his $5 million salary might be turned loose. He reportedly also only wants to return if he can start. He moved to right tackle last year after playing left tackle his entire career while he was in Dallas and was not awful there. He could move back to left tackle if Colon returns as that is really his only option, but he is an injury concern and does not move as well as he once did. I just can\’t see him starting all 16 games on the left side, so I would think it is right tackle or bust for him. In short, if Colon returns, I think he is gone.

So let\’s assume Adams is either gone or is the starting right tackle. What happens on the left side? It is hard to imagine 2nd round draft pick Marcus Gilbert would be given the task of protecting the blind side of Ben Roethlisberger right from the get-go. That will likely be his eventual landing spot, but he will spend several weeks on the sideline until he gets playing time. Unrestricted free agent tackle Jonathan Scott would likely be re-signed if Adams is released and he very well could be the week 1 starting left tackle. Restricted free agent Tony Hills was tendered a contract prior to the lockout starting, but I would be scared to death if he was in serious consideration for that job. He might not even make it out of training camp. Undrafted free agent Trevis Turner certainly is an interesting prospect, but will be hard pressed to make the roster, let alone be considered as a week 1 starter option. Chris Scott once again could factor in here somewhere, but seems more suited for a right tackle spot if indeed deemed a tackle.

As you can see, there are tons of variables and most everything revolves around Colon returning at this point. There may be another free agent tackle or two signed, but I doubt it will be a high profile type. If I had to guess right now based on everything in this article, I would say Scott at left tackle, Kemoeatu at left guard, Pouncey at center, Foster at right guard and Colon at right tackle.

OK, now it is your turn. What are your choices based on the variables I have presented you?