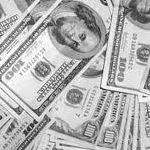 With the lockout looking like it will end early next week, the Steelers will have a full plate once the 2011 league calendar begins. Not only will they be tasked with signing their own unrestricted free agents they want to try to keep, but they also will charged with signing undrafted free agents in addition. At the same time they will have the job of getting their own draft picks signed, once they have the cap room cleared to do so.

The new proposed CBA, that has yet to be ratified by the players, gives us a glimpse at what the rookies will make this coming season and it is now easy to project what the base contracts will look like, once the players and their agents agree to them. There is one thing that is very different this time around for the Steelers and that is the length of the contract that the rookies must be signed to now. Over the last several years, the Steelers have made the habit of signing players drafted in the 3rd round or later to 3 year contracts, while most other teams went with 4 year contracts. The new labor agreement says that all drafted rookies must sign 4 year contracts with teams holding the option of extending the contract of their first round draftee for a fifth year.

The higher the draft pick, the higher the signing bonus as you can easily see by now. The most expensive ones will be those of Cameron Heyward and Marcus Gilbert and those will easily be in the millions and hard to speculate right now until the slotting takes place. I fully expect Batch, Williams, Chris Carter and Cortez Allen to get their deals wrapped up fairly quickly once the signing period starts. Heyward, Gilbert and Curtis Brown shouldn\’t be too far behind though. These rookies have missed so much valuable time due to the lockout that they can\’t afford to miss any training camp time. Usually teams and players take their time getting deals done following the draft and at this time of the year, only the first rounders remain unsigned. Not the case this offseason thanks to the lockout.

I should have the signing bonuses of the rookies as soon as the contract is reported and will make sure to update the 2011 salary cap page as soon as I get them. I have stated a few times that it will be a fast and furious first week of the 2011 NFL calendar, but at least we have football back.

ETA 7/29/11: These numbers are slightly off, but are in the neighborhood.