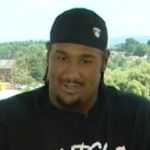 Steelers left tackle Max Starks told Pat Kirwan and Randy Cross today on the Sirius NFL Radio show “Movin\’ the Chains“, that his neck injury is now fully healed and the doctor says everything looks excellent. Starks went on to say he has been cleared since January and is back training without limitations.

Starks was on to mainly discuss his charity work down in Florida and the recent news about the Max Starks Education and Sports Center he will be building down in Orlando.

Starks briefly talked about the fast track that center Maurkice Pouncey made last year as a rookie and how he was willing to do whatever it took to get on the field and eventually winning the starting center job. Kirwan went on to press Starks for a reaction on the recent comments linebacker LaMarr Woodley made about the Ravens and quarterback Joe Flacco and Starks danced eloquently around the question while getting a good chuckle. Cross asked him about the recent Peter King claim this morning that former Giants running back Tiki Barber could be on the Steelers radar and Starks would only said that the Steelers offense can compliment several different running styles and skill sets and that if a player has the desire and determination, they can be successful in the Steelers system.

After some brief thoughts on the labor situation, Starks revealed that he has been working out at Evolution Sports Institute in Pittsburgh and Performance Enhancement Professionals in Arizona after doing his physical therapy at Athletes Performance in Arizona. Starks ended by saying that he will do everything in his power not be a spectator again this season.