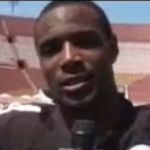 Hope springs eternal. This is an expression that was first penned in a 1732 poem by Alexander Pope entitled, An Essay on Man, that has become a proverbial saying. It is defined as meaning that people always hope for the best, even in the face of adversity. In Steeler Nation though, it is defined as this is the year that Steelers wide receiver Limas Sweed breaks out.

Yes, it must be summer time as the yearly Sweed talk seems to be making its yearly return as a talking point for the upcoming season. The draft is over, the lockout is still in full effect and Hines Ward continues to march towards his quest for the mirror ball trophy on Dancing with the Stars. Other than talking about the pending free agency status of Ike Taylor, Sweed seems to be next player on everyone’s minds once again.

The last time we really heard the name of Sweed mentioned was by head coach Mike Tomlin in late February. Tomlin said in so many words that Sweed will get a chance to compete for a roster spot after spending part of 2009 on injured reserve with depression and all of 2010 with an Achilles injury he suffered last June. Sweed is reportedly recovered now from his surgery and rumor has it he will be soon working out with quarterback Ben Roethlisberger and a few other players in Pittsburgh until the lockout is over and organized team activities can begin.

Since he was drafted back in 2008 in the 2nd round, Sweed has all of 9 career receptions to his name and has been targeted 19 times including the playoffs. 2 of those 10 balls he did not catch were pretty big drops, the first of which came in the 2008 AFC Championship game against the Ravens that was a sure touchdown as too was the second big drop in the 23-20 loss to the Bengals early in the 2009 season that would have likely won the game. Those two drops were not his only ones, just the most rememberable ones. Sweed seems to have the football version of the Steve Sax Syndrome, instead of not being able to throw; he can\’t catch.

Back to the hope springing eternal thought. Sweed was asked during the media day prior to the Super Bowl if he thought he was still in the Steelers long term plans and Sweed replied that he believes so. Currently those long term plans only mean coming back to Latrobe for another training camp as there is a huge uphill battle facing Sweed, who is entering the final year of his four year rookie contract. 2010 draft picks Emmanuel Sanders and Antonio Brown had great rookie seasons for the Steelers and veterans Antwaan Randle El and Arnaz Battle are both still under contract as well for the upcoming season. Throw in starters Mike Wallace and Ward, and you have your complete wide receiver depth chart from last year.

For Sweed to make the 53 man roster in 2011, he will likely have to pass Battle on the depth chart, who is a special teams warrior. Battle is not a big receiving threat, but at least he can catch the football. Both El and Battle are not locks for the 2011 53 man roster, but both would be more expensive to cut than Sweed would. Battle would cost the Steelers $650,000 in dead money and El would cost nearly the same to cut. Sweed on the other hand would only cost the Steelers $383,000 in dead money if he were to be cut, so you see that they must be sure he is an upgrade over either Battle or El.

While the 6 foot 4 size of Sweed has always been intriguing, he is not currently the tallest receiver on the offseason roster as 6 foot 8 Wes Lyons has him beat. Lyons figures to only be a camp body, but will be just as hungry to make the roster or practice squad. Height means nothing though to a receiver if he can\’t catch and can\’t keep the yellow flags from flying in his direction. Sweed has shown the ability to get open on the field and seemed to be improving in his blocking during his limited playing time thus far. Being off the practice field for a full season will not help the development of those two traits though as will not being around the speed of the game. It will also be curious if he has lost a step since the injury.

I am not ready to say unequivocally that Sweed will not make the 53 man roster this season, but the hill he has to climb is as steep as the Duquesne Incline up Mount Washington. His best chance might be if an injury happens above him on the depth chart or the Steelers just decide to uncharacteristically carry 7 receivers on the roster. He can not afford to miss any time during camp and every football thrown in his catching radius must be held on to. He also better be an impact player on special teams and needs to stick out during every preseason game to have a remote shot.

Hope may indeed spring eternal with Sweed in 2011, but I would not bet on that hope as next spring there may not be a Limas Sweed to hope for.