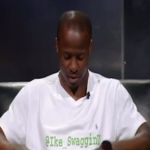 When trying to put a market value on Ike Taylor, the best place to perhaps start would be what the projected franchise tag amount is, which is determined by the average of the top 5 salary cap numbers at each position. The cornerback position was estimated to be between $14-$15 million for 2011. That amount alone was probably why the Steelers chose to franchise LaMarr Woodley instead of Taylor. The top 5 paid cornerbacks that figured into the average where, DeAngelo Hall, Champ Bailey, Tramon Williams, Dunta Robinson and Marcus Trufant. Between those 5 players they have a combined 15 Pro Bowl selections with Bailey leading the way with 10, Hall with 3 and both Williams and Trufant with only 1 each. Despite his long career, Taylor has yet to earn a Pro Bowl selection.

Next we need to look at the most recent contracts of the cornerbacks that have signed new deals and we can start with Darrelle Revis of the Jets who signed a four-year, $46 million contract last September. The deal contains $32.5 million guaranteed money that appears to be paid mostly over the first two years of the deal. The last two years of the contract will only earn him $6.25 million a year and the contract is very cap friendly at that point. It is a strangely put together contract due to 30% rule being in play, but basically averages out to $11.5 million a season, while the guaranteed money averages out to a little over $8 million a season, but that is not how you look at this deal. For all basic purposes you could call this a 2 year deal worth $16.25 a season, because of the language involved and all of the guaranteed money coming in the first two seasons. Revis also has 3 Pro Bowl selections to his credit in his first 4 years in the league.

Next up is Bailey who signed a four-year deal in February that could total out to between $43 million and $47 million. The contract has $22 million of guarantees included and like the Revis deal; it is paid in the first two seasons of the deal. In 2011 Bailey will reportedly make $15 million, which is in the ballpark of the franchise number for a cornerback in 2011 I mentioned at the start. He will likely not see the final two years of the deal as he turns 33 next month. He is very cutable after the 2012 season as the guaranteed money is paid in 2011 and 2012. If you boil this deal down, it is really 2 years for $22 million or $11 million a year. As I mentioned at the beginning, Bailey has 10 Pro Bowls to his credit and 48 career regular season interceptions.

The Buccaneers signed veteran cornerback Ronde Barber back in February to straight one year deal worth $4 million. Not hard to break that one down. Barber is a 5-time Pro Bowler with 40 career regular season interceptions to his credit. He also is 36 years old, but has been an iron man on game days much like Taylor has been.

Lastly we will look at the Stanford Routt deal that went down in late February. The Routt deal was for 3 years and worth $31.5 million. It included $20 million in guarantees that are to be paid in the first two seasons as the 3rd year is not guaranteed. In reality this is a 2 year deal at $10 million a season. Routt has yet to earn a Pro Bowl selection in his 6 seasons in the league and only has 6 interceptions to his credit as well. The Raiders perhaps over paid here, but did not want to lose both he and Nnamdi Asomugha in the same offseason.

Speaking of Asomugha, he will be the top free agent prize whenever the free agency period begins. He earned just over $16 million last year with the Raiders and almost certainly will expect that type money or more from his new team. He is a 3 time Pro Bowler with just 11 interceptions to his credit.

Based on the deals above I have shown, one would likely put Taylor in the range of 8-10 million a season, but like any market value, it depends on supply and demand. Right now the similar type cornerbacks that are unrestricted free agents are Asomugha, Johnathan Joseph, Chris Carr and Antonio Cromartie, but that number looks to grow based on the recent lockout news that seems to be pointed in the favor of the owners. This could indeed mean that the cornerbacks that are in limbo like Brandon Carr and Brent Grimes could become unrestricted free agents and add to the supply end of things. With a healthy supply of unrestricted free agent cornerbacks, it should help keep the market price in check outside of Asomugha and this plays into the favor of the Steelers getting Taylor back for a ballpark price.

As long as a team does not throw crazy money at Taylor, which I do not think will happen now post draft, based on the supply, demand and quality of free agent corners available, the Taylor market value should stay in the 8-10 million range and right where the Steelers hope it remains. Taylor surely wants to stay in Pittsburgh and I firmly believe if the Steelers are close to what he might get offered by another team, Taylor will choose to re-sign. That way he will not have to go through change and also have a very good shot at yet another championship with the Steelers much like Ryan Clark did last offseason after being allowed to test his market value. It does not make much sense that teams would be willing to pay Taylor more than 10 million, but stranger things have happened. You can\’t blame him for wanting to test what his market value is, but I think he is going to be surprised with what that number will end up being. Prior to the draft I thought that maybe some bad drafts combined with the way the labor talks had gone could drive the price up on Taylor, but after a closer look at the contracts and how teams drafted combined with the latest win by the league in the courts, I no longer feel that way. Taylor is a good corner and fits the Steelers system perfect. It is pretty clear though that he is not in the class of a Revis, Bailey or Asomugha though. Also not in his favor is his age despite his durability over the years. He is a good cornerback, but not an elite cornerback. (Sorry Ike, not trying to disrespect you as I truly think the Steelers need you back.)

In the end though I guess the true market value of a player is what another team is willing to pay the player as outrageous as it might be. I just don\’t think it will happen with Taylor though. As Mike Tomlin likes to say, it is what it is and the market value of  Taylor is, what it is.