I am not going to use this post to debate which quarterback should or shouldn\’t start the 2010 season under center with Ben Roethlisberger out at least the first 4 games of the year. Instead I want to discuss the way Steelers head coach Mike Tomlin has approached the practice rotation and work given out in the preseason games thus far. Let me put it right out there. I love it. Here we are in the 3rd week of the preseason and no one can give you a 100% guarantee who will start week 1 or if a rotation of both Byron Leftwich or Dennis Dixon will be used. If none of us know, how can Atlanta, Tennessee, Tampa Bay or Baltimore know? 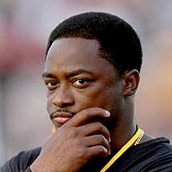 Think of the first 4 games of the season as a season within a season. If the Steelers can go .500 or better in those 4 games, they have indeed weathered a huge storm. Going 3-1 or 4-0 would be a huge accomplishment with two backup quarterbacks running things. Heading into the 3rd preseason game versus Denver, Tomlin appears set to let Roethlisberger start again for a second week in a row and still some how allow Dixon to get some first team reps as well. Will Leftwich even play? Will he work with the first team as well? If anyone knows for sure, they are not telling. Each and every week is a surprise. Tomlin might be using all four preseason games this year instead of just three and mailing in the last one as most teams do. Normally the 3rd game of the preseason is a dress rehearsal of sorts. That does not seem to be the case this year with Tomlin. He seems to have the roster set in his head at this junction as well as the quarterback plan.

The question of whether or not the players know is one that begs to be asked as well. Does it matter? I don\’t think so as it causes everyone to be sharp regardless of whoever is under center. Both quarterbacks have to prepare like they are the guy. We are getting into the time now where the media will not be allowed to be present for the team portion of practices. The Steelers claim to have a package put together for Dixon in games. Is this just a smoke screen? Nobody will know how much it is used in practice, only the players. Offensive coordinator Bruce Arians is the king of disinformation, so much so that it is worthless to even listen to any interviews he gives. Tomlin too is great at giving you a ton of information with no meat inside. He lets us know what we need to know and nothing more.

Here is what we do know. Roethlisberger will be out at least four games. Charlie Batch is not in any mix. Both Leftwich and Dixon have different skill sets and both have looked more than adequate in preseason work. We know Leftwich has received the bulk of work with the first team in practices. That\’s it. That\’s all we really know. Tomlin is practicing quarterback guerrilla warfare and I love it. The element of surprise is always huge in war (by no means am I comparing football to war only metaphorically). If teams have to dedicate more time preparing for two quarterbacks, it is taking away from another part of their game preparation. It could be defense, offense or special teams. Who knows? Tomlin is counting on this. Let\’s face it, Leftwich and Dixon are not Roethlisberger, they both however are capable. Just how capable and in what capacity only Tomlin knows at this point for sure. If Tomlin goes 2-2 or better in the first mini season, you will see that Tomlin\’s quarterback guerrilla warfare was planned perfectly, regardless of who you or me thought should of started or played more during the first 4 games. Coaches are paid to coach and game plan and Tomlin has been game planning for the first four games ever since the Roethlisberger suspension was announced. The plan will be revealed to us all when it is supposed to be, during the games. I like that.