The Steelers beat the Detroit Lions 23-7 in the 1st preseason game of the 2010 season. Below are my notes and nuggets I kept on the game of my observations. I have much more coming on this game and am working through the night.

Isaac Redman ran consistent and hard, especially between the tackles. Also improved greatly at pass blocking. He should have no problem making the 53 man roster.

Maurkice Pouncey is the real deal. Got lots of time at center and can move some flesh as well as get to the second level. Played some right guard late in the game, but looks like he could very well start week 1 at center. Very impressive for first game and had a few bone crushing blocks. 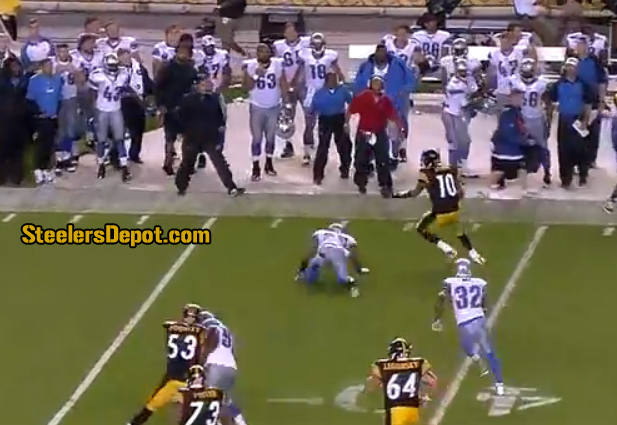 Emmanuel Sanders and Antonio Brown both played well above the line. Sanders understands that Steelers receivers have to block and looks willing to do so. Brown is excellent after the catch. Sanders will make the 53 man roster for sure and Brown made a week a strong case as well. 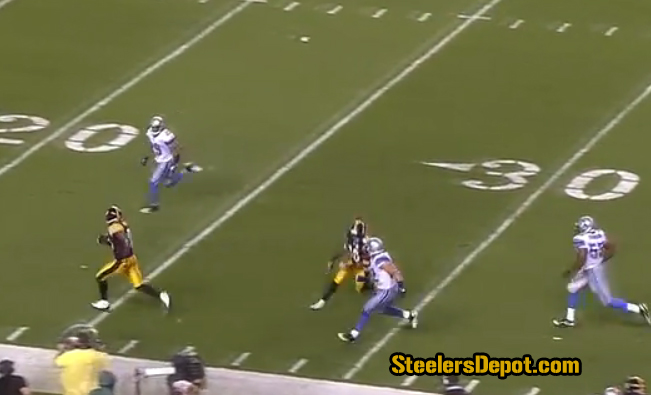 Dennis Dixon benefited greatly from yards after the catch, but looks a ton calmer. Led a couple of good drives and knows when to use his legs. Do not read too much into his stats tonight, but it certainly was above the line. I am not ready to declare him the starter as it is way too early. Let the coaches do their job.

Keenan Lewis and Joe Burnett are making a leap it seems. Game seems to be slowing down. Touchdown on Lewis could of been offensive pass interference. Both showing great signs thus far.

Tony Hills! Yes Tony Hills. Showed up on a bad ankle and played well at left tackle. Not a starter by any means, but at least he is fighting for his roster spot.

Mewelde Moore is a guy you want on this roster one more year. Bone crushing block on the Dixon run that almost went for a touchdown and he is still an excellent special teams player and tackler. 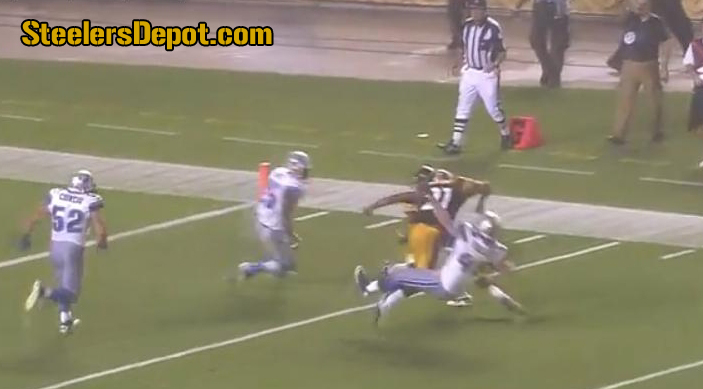 MeMo doing what MeMo does.

Thaddeus Gibson and Stevenson Sylvester seem to semi understand things. They are a long ways from starter ready, but the talent is there. Gibson got sucked in a few times, but that happens. Showed he can recover quickly. Sylvester is quick to the ball.

Rashard Mendenhall still looks timid at times and the fumble was pure carelessness. Week 2 I expect much better.

Jeff Reed still can not kickoff deep. Had a touchback, but I think it was helped by a tail wind. Regardless his kicks were inconsistent Reed was money on his field goals.

Flozell Adams needs more snaps at right tackle. Seems to be struggling mostly with his foot work on pass rushes. Jonathan Scott actually had a better night than the Hotel.

Jonathan Dwyer can not make the club in the tub. Already will get limited reps in the preseason. Shoulder injury forced him out again. Needs to get lower as he is taking too many square hits.

Anthony Madison continues to have his name called on special teams.

Patrick Bailey looked lost at outside linebacker a few plays. I will be surprised if he makes the roster.

Keyaron Fox can sniff out a ball carrier. Underrated linebacker.